Birding Forecast and a Moth flutter

Unsettled weather is due next week with a wet westerly airflow from Monday lasting most of the week. There is a slight interlude this weekend with calm and warmer conditions with south winds and night temperatures above 15 C so looks like a good weekend for moths. Not bad last night at the Old Vic with over 120 moths of 27 species, mainly Lunar Underwings (which have now taken over as lead runners from Setaceous Hebrew Character while Common Wainscot are down to single figures). A few highlights and new for years below. Old Vic moth list is now on 486.

The rest of the week looks good if you are in Iceland again, which I put as my top bet over last three weeks (what an autumn they are having with Alder Flycatcher, American Redstart, Yellow Warbler, Semipalmated Plover, Buff-bellied Pipit, Red-eyed Vireo and American waterbirds, certainly the place to be this autumn). Could be even better for Ireland and Outer Hebs and Northern Isles with a more southerly trajectory than the last of this autumns westerly systems and also maybe good seawatching on west coast.  There could be worse places to be than the Scillies too although a bit south of the main system from mid-week. So all looks north and west again and apart from the moth opportunity this weekend it looks like another quiet week in this part of the world. Also does not look good for Azores with all the west winds moving well north and the Azores High being firmly established. However usual caveats apply, this is peak season and anything can break through the obstacles and on the Azores we suspect that shipping traffic is a major significant factor as is weather.

I'm planning on mothing at Waterstock Mill again tonight as hopefully more chance of a migrant by the river there. On my last visit the Vagrant Piercer I had was only one of only three all time records for Oxon (all recorded in that period). So fingers crossed.

Chart for Wednesday. I'll be surprised if this doesn't work out for Ireland, Northern UK and for seawatchers on west coast. Maybe even Scilly.  This is part of an airflow that originates over Newfoundland on Monday and moves quickly across the Atlantic. Certainly a week to head west if you can. 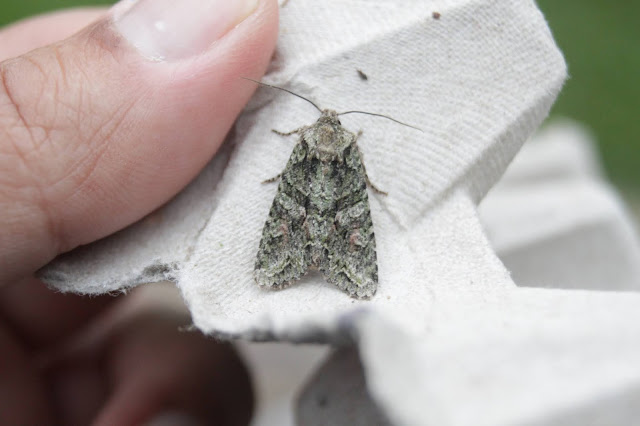 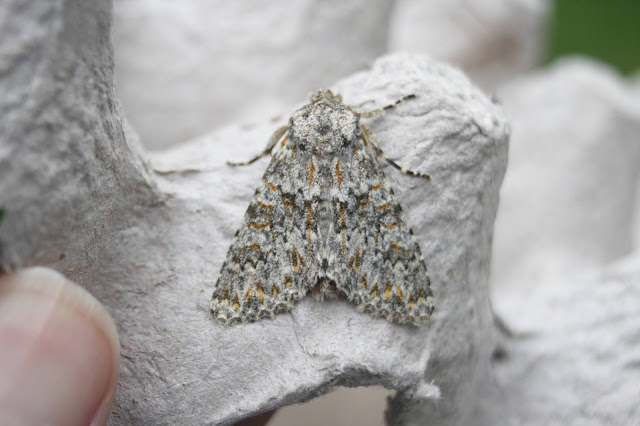 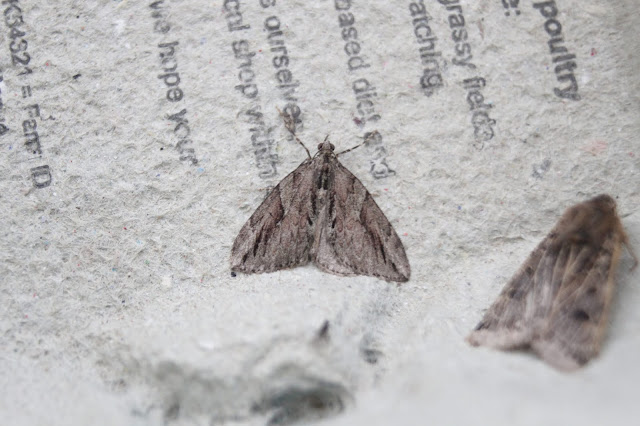 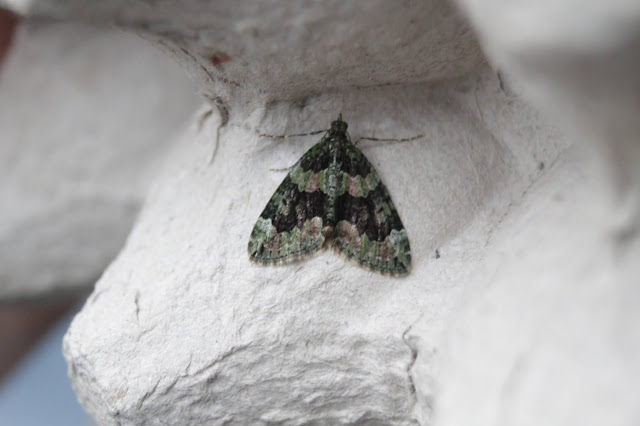 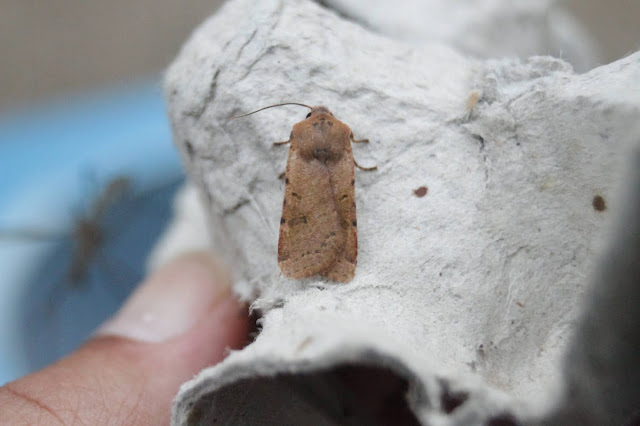 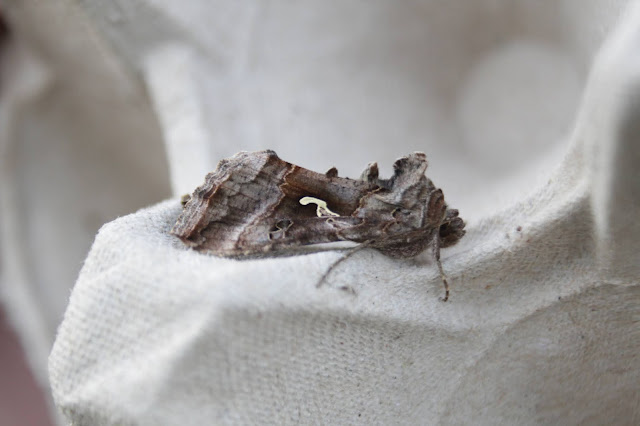 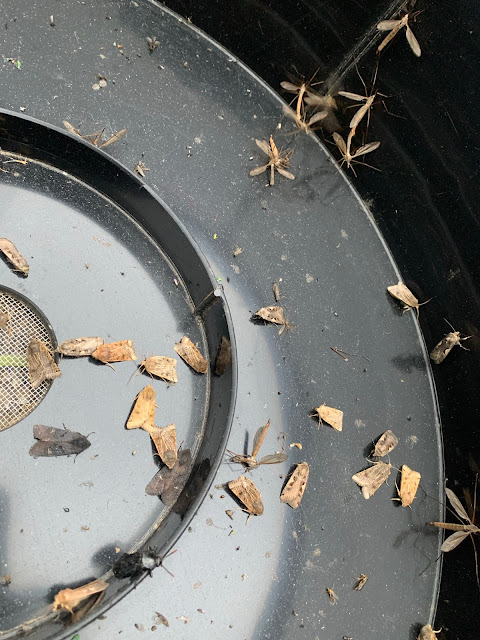 The bottom of the trap this morning- it's Cranefly season with 20 or so in the trap
Posted by Peter Alfrey at 17:08