A nice couple of days locally. I made the most of the last of the recent run of moth weather on Sunday night (temperatures above 15 C) and put out three traps, all undercover because of the frontal conditions that moved in during the early hours putting an end to the decent moth nights and bringing in unsettled weather. Highlights included another Clifden Nonpariel (5th for the year) and a Mallow (NFY). The only sniff of a migrant was a Turnip and Angle Shades.

Otmoor this morning was steady with a few nice bits about including Great Egret, Garganey, Marsh Harrier and Pintails, a handful of warblers in the bushes and a bit of Mipit and Swallow passage overhead. Ebird list HERE. No Cattle Egrets which look like they've moved to Port Meadow. 5 Jays were flying around (a classic sight this time of year) and a few Skylarks have returned after being largely absent (or inconspicuous) since mid-July (Ebird graph HERE)- where did they go?? Wigeon, Teal and Pintail are slowly arriving while Tufted Duck and Pochard have presumably moved to moult on reservoirs (Pochard graph HERE). Not many Gadwalls either HERE, About 120 Lapwings HERE , presumably local post -breeding dispersal birds so basically all a bit of an interlude period before the wintering flocks start to build up of wetland birds.

While playing around with Ebird I noticed I've had quite a few Oxfordshire ticks this year (not found much but seen a few new bits) . I've had 14 county ticks this year compared to only 6 last year (presumably related to me spending more time round here). County list of 167  HERE. Be nice to find a county mega- hopefully can focus on that more.  Been some good birds in the county this year, county blog HERE. 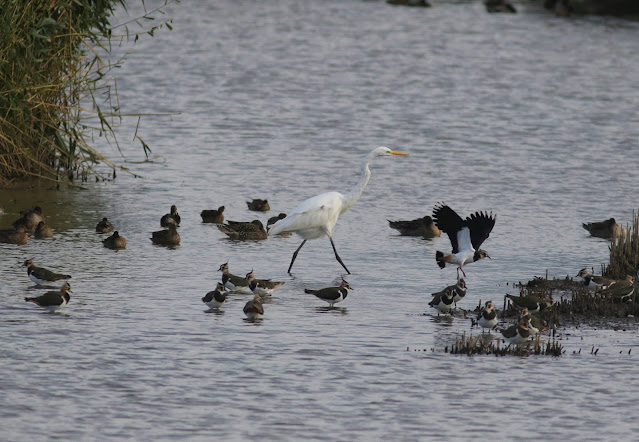 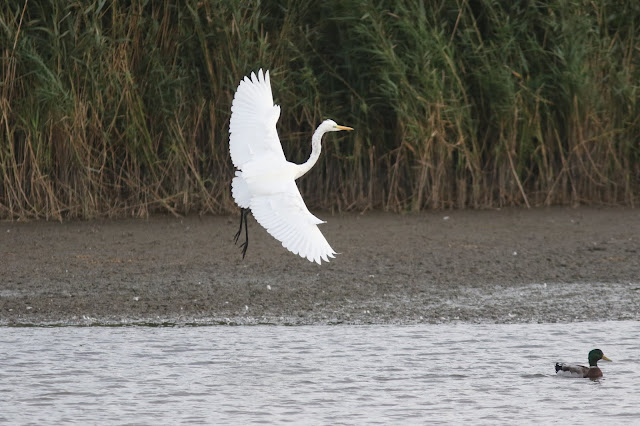 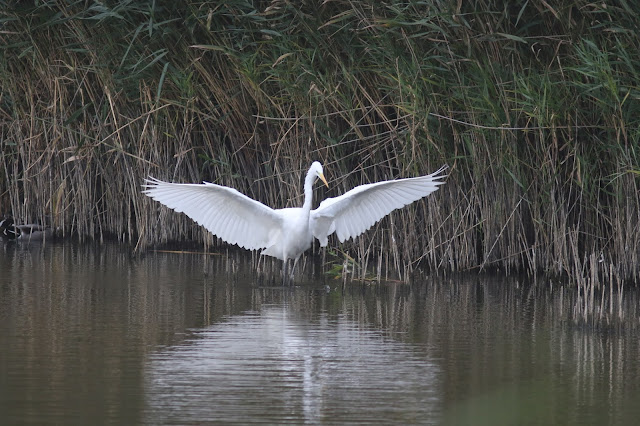 Great Egret (above) with Lapwing, Pintail, Shoveler, Teal and Mallard 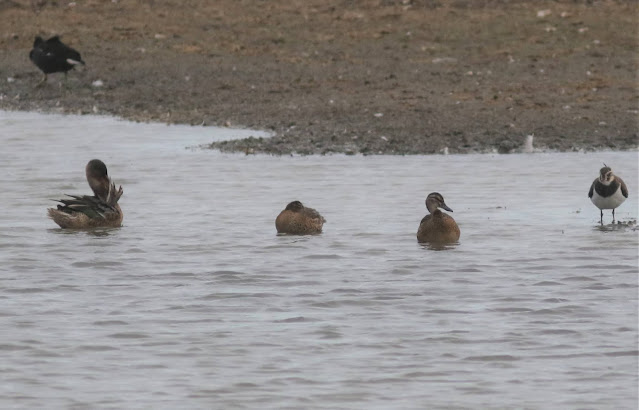 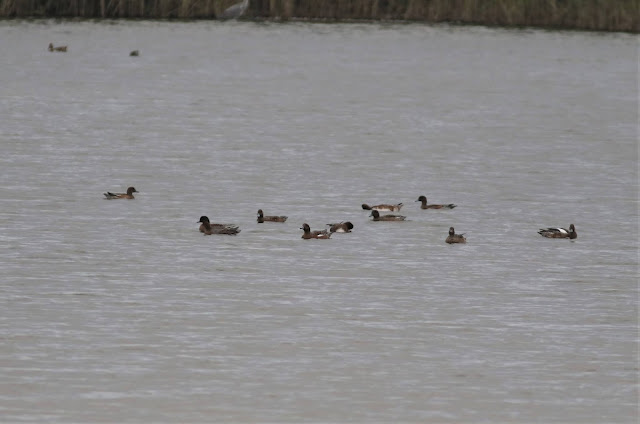 24 Wigeon from the first screen today- winter is coming 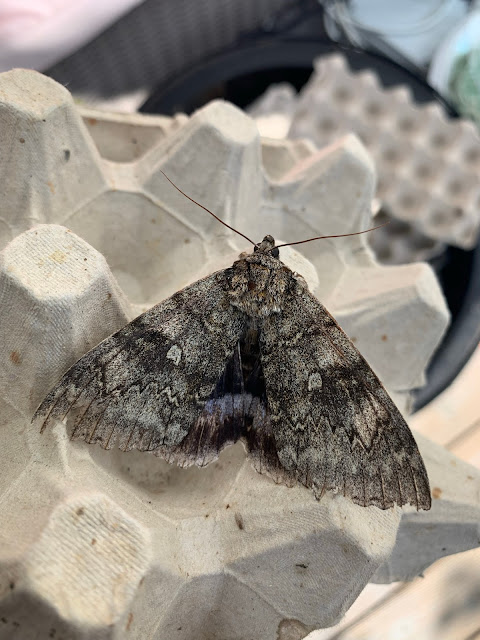 Clifden Nonpariel at the Old Vic 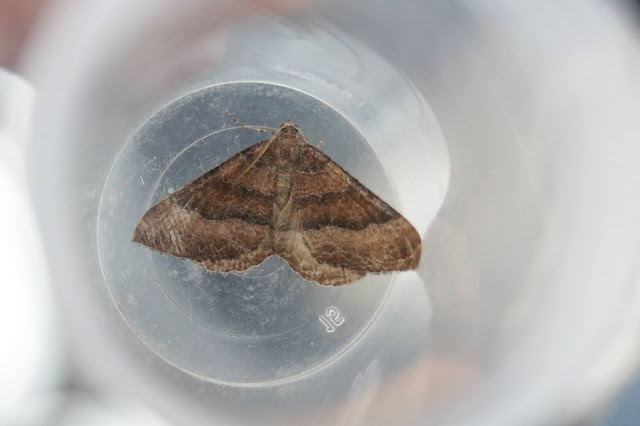 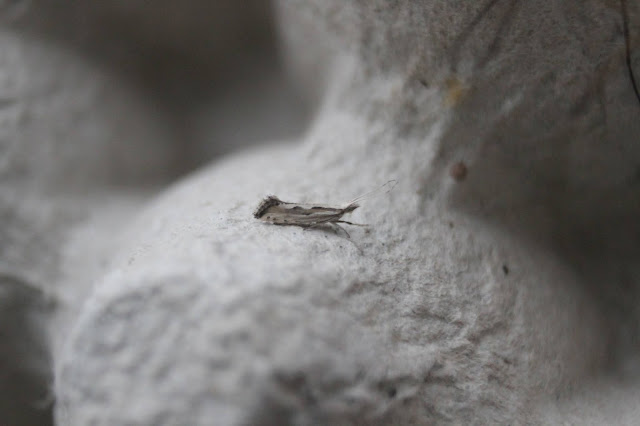 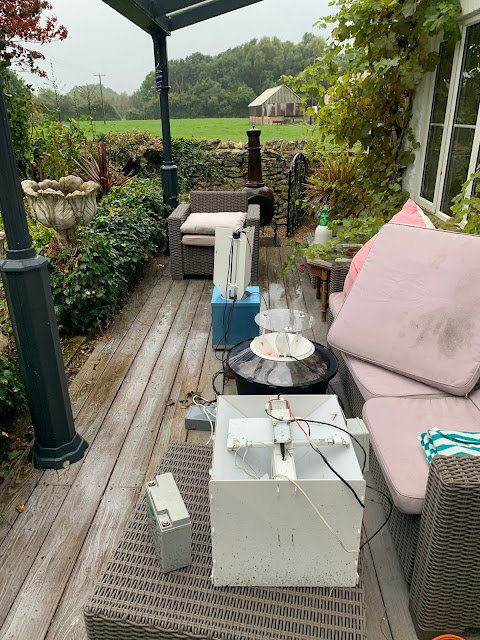 Managed to keep the traps dry and the moths safe by placing traps on the veranda and the barn shelter- worked a treat, the moths tool refuge from the frontal conditions. Over 100 moths of 32 species. Now on 488 moth species for the Old Vic (and 1016 pan-species). 12 more for the next milestone, 500 species of moth for site.
Posted by Peter Alfrey at 15:35