Wood Sandpipers (above and below) 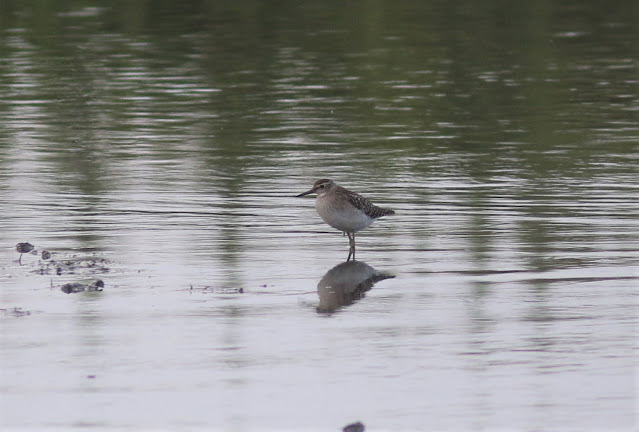 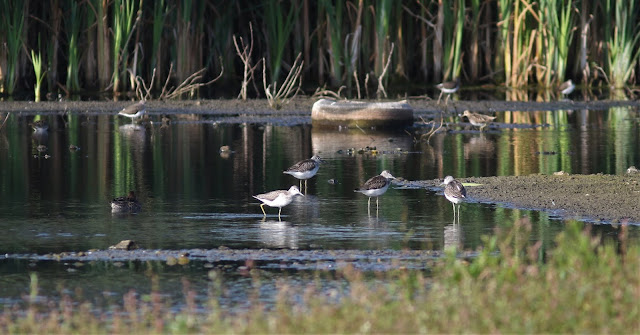 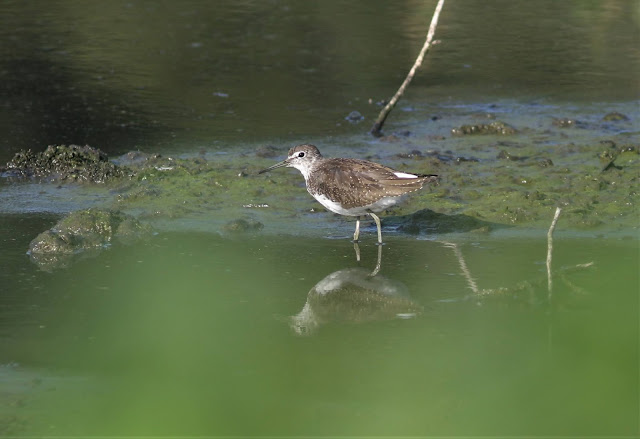 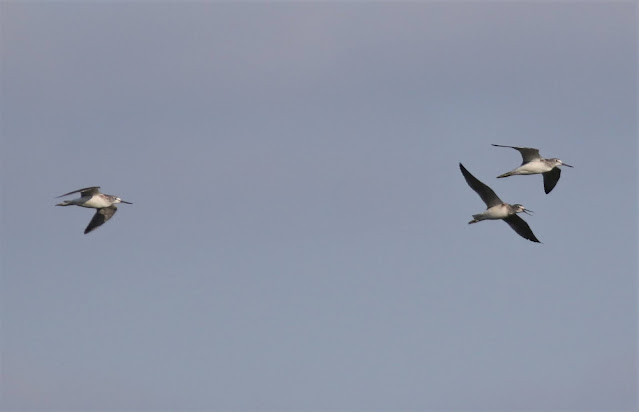 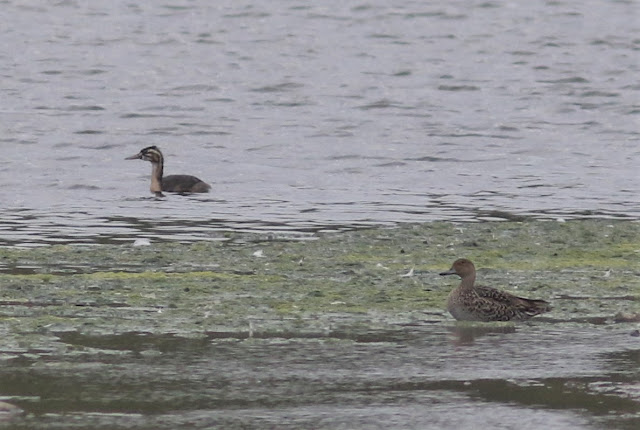 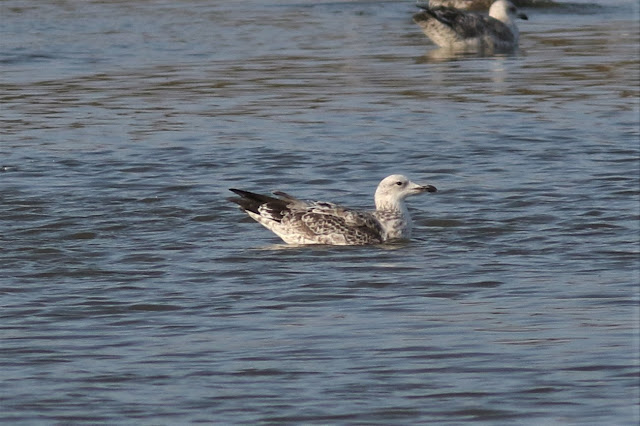 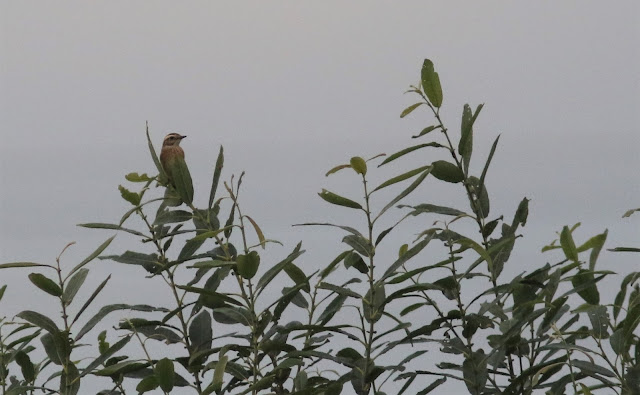 Whinchat (above) and Wheatear (below) 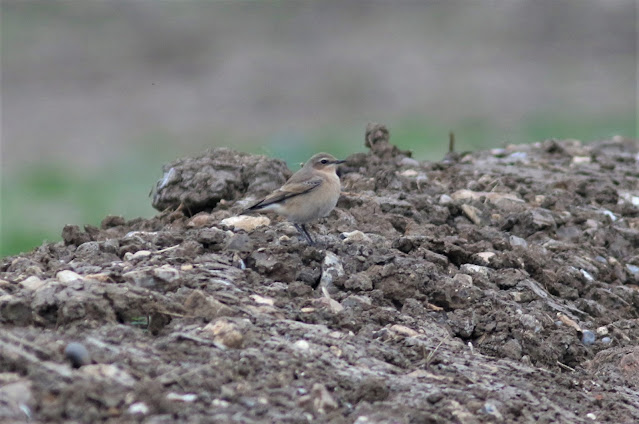 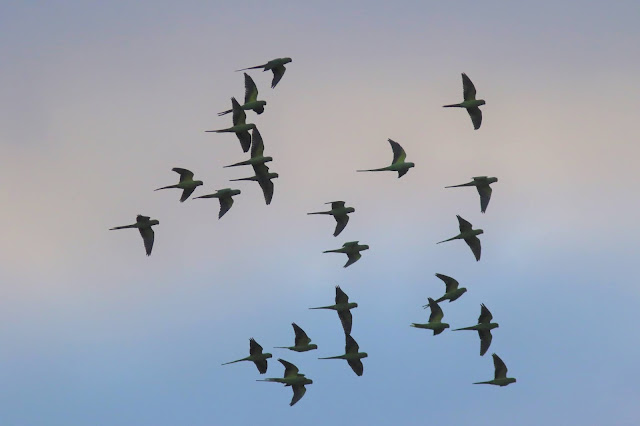 Ring-necked Parakeets- appreciating this spectacle more now considering I don't see them in Oxon/Bucks. Was contemplating the unique qualities of the Beddington Farmlands urban heat island/urban oasis phenomenon, in addition to thousands of Ring-necked Parakeets and the spectacular roost flights there is also the large Jackdaw roost (these bird fly into the city for winter roost warmth), the gulls feeding on the waste and associated Caspian, Yellow-legged and white-winged gulls, there's the raptor flight lines and the visible migration that follows the only green corridor through the city along the Wandle and through the farmlands, there's the vagrant trap element to those flight lines, the long list of exotics which have escaped from city bird collectors and on the entomological front there's the local population of Dewick's Plusia, the Jersey Tigers, the large numbers of invasive moths like Oak Processionary, Gypsy moth and Box Tree Moth and of course the swarms of Horse Chestnut Leaf-miners, plus a few species like Crocidosema plebejana, London Dowd, Hollyhock Seed Moth, Toadflax Brocade, Tree-lichen Beauties, Cypress Pugs, Mallow Groundling, good numbers of Broad-barred Whites and Small Ranunculus,  the huge local population of Agonopterix Alstromeriana and Pale Mottled Willow,  the local population of Lesser Pearl, the migrant moths (presumably concentrated due to the urban island effect) such as good numbers of Silver Y and one year millions of Diamond-back moths, the dispersives from the nearby Chalk downs like Rosy-striped Knot-horn,  the population of White-letter Hairstreaks and of course the large urban fox population and the small mammals which attract concentrated pairs of Barn Owls. 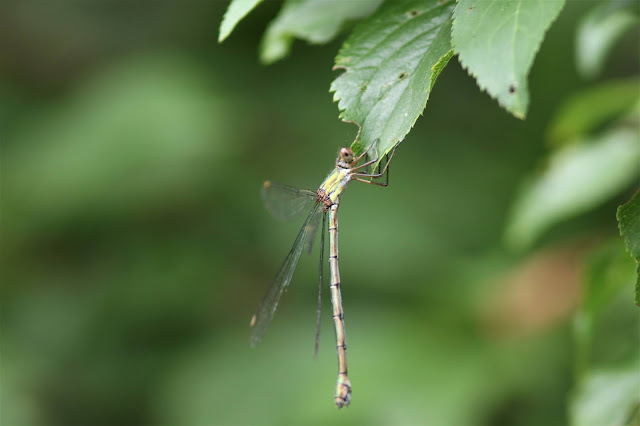 Willow Emerald Damselfly- had two of these along the permissive footpath
Posted by Peter Alfrey at 23:05