Steady week at the Old Vic

Disappointing that no decent migrant moths in the moth trap considering Striped Hawkmoths and Bordered Straws have invaded the country, just a few Diamond-backs and one Rush Veneer in last couple of weeks. I noticed Dave Grundy based in Tarifa had over 200 Striped Hawkmoths last night alone plus loads of other moth migrants so obviously the UK is at the edge of a big event (one also involving bird migrants like an Eleanora's Falcon). Meanwhile in Bucks.. things are less exciting, in fact quite the opposite with the only thing that got my frontal lobe slightly engaged recently was the variation in Large Nutmegs and Nutmegs (luckily we are off on family holiday later today to stave off the impending brain starvation). 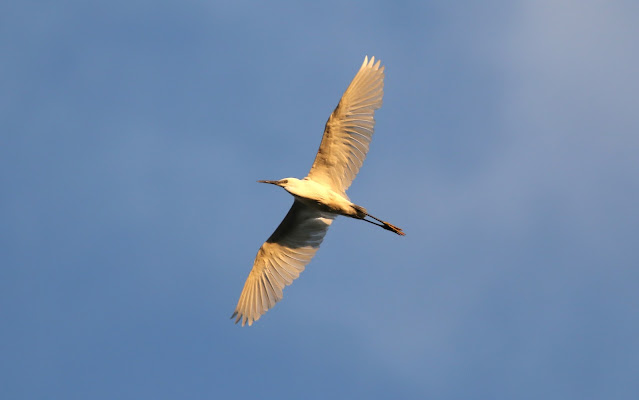 Little Egret over the garden at dusk yesterday 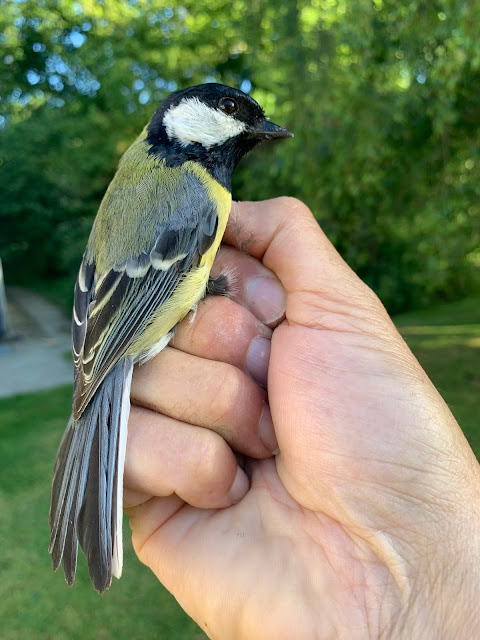 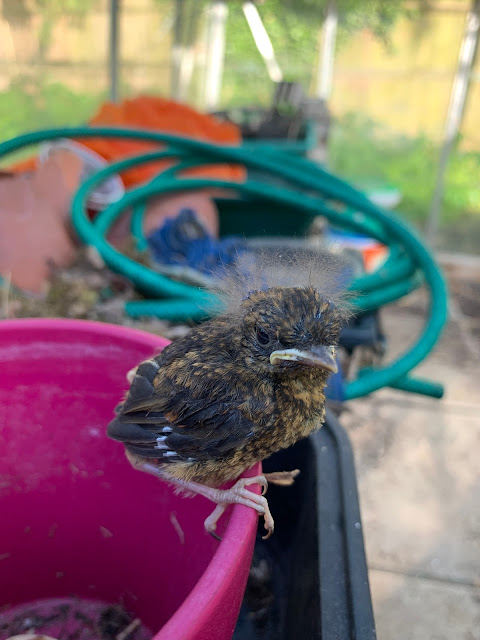 The bloody dog (Izzy) spooked the Robins out of their nest in the greenhouse and later went on to kill one - I doubt they have much chance now but still putting out meal worms to assist the adults and trying to keep Izzy under control. Not sure about other people's dogs but cats seem to get the hard time with killing birds but in our garden the dog kills quite a few every year too, especially fledglings.  So far we've had Song Thrush, Woodpigeon, Blackbird, Robin, Dunnock, Great Tit and Blue Tit fledglings in the garden (luckily most of them avoiding the dog). 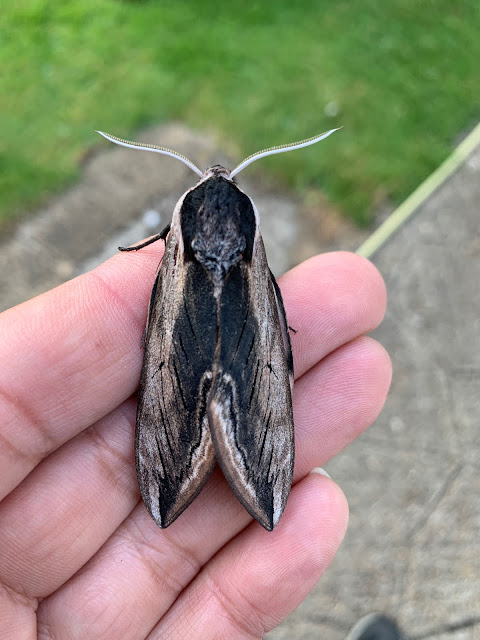 The first Privet Hawkmoth of the year 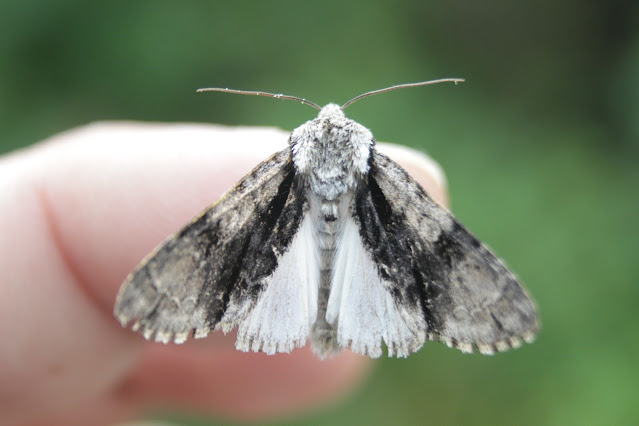 Had two Alder moths one day in week 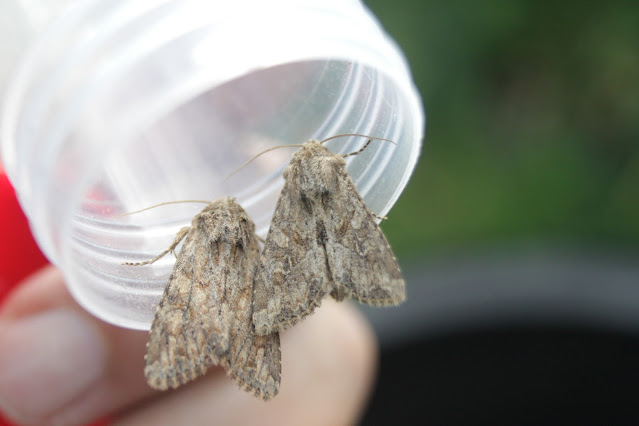 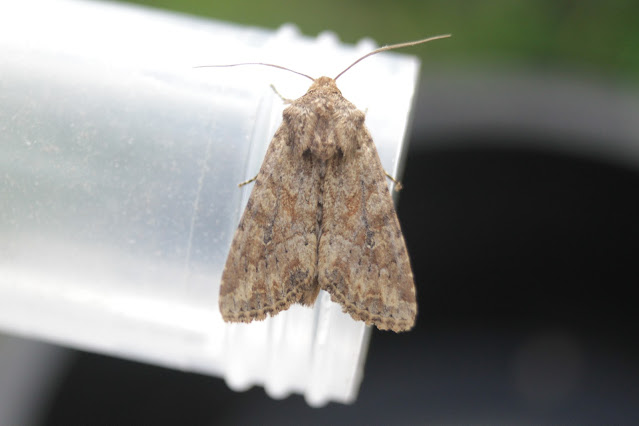 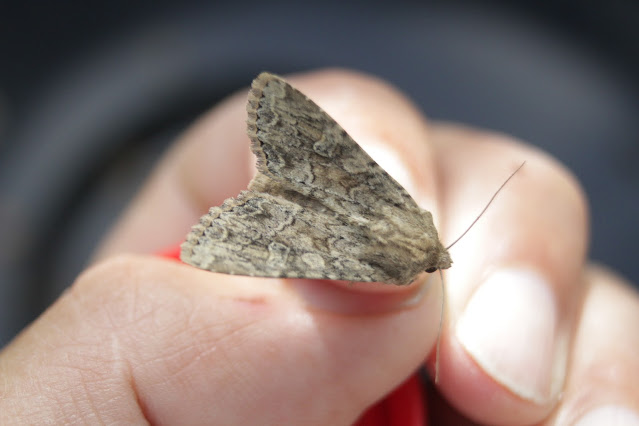 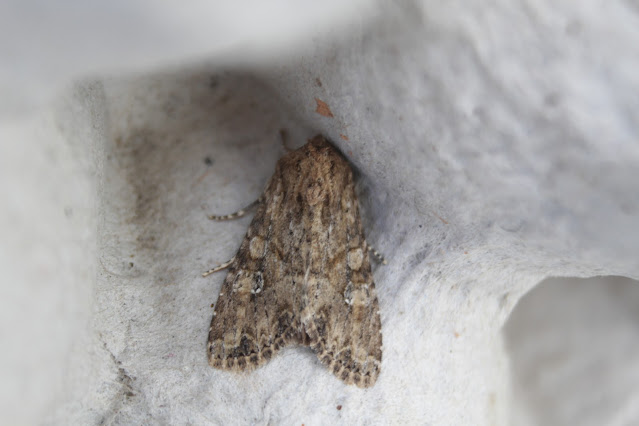 I went for Nutmeg on this one
Posted by Peter Alfrey at 08:35