Got invited today to the invite only prestigious The Natural Eye 2016 Awards Ceremony hosted by The Society of Wildlife Artists (SWLA). The venue was the Mall Galleries, the driveway to her Majesty's at Buckingham Palace. The president of the SWLA described us all in the crowd as being anybody who is anybody in wildlife.
THE NATURAL EYE

Blimey!!!, a sign of the desperate times in conservation to be inviting scrotes like me! I knew things were bad but not this bad. It's got me seriously worried :-) 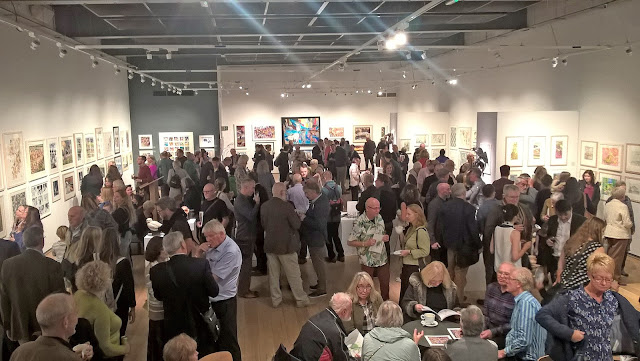 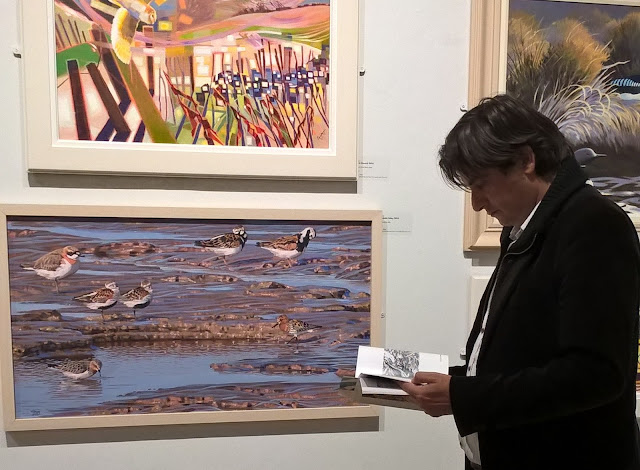 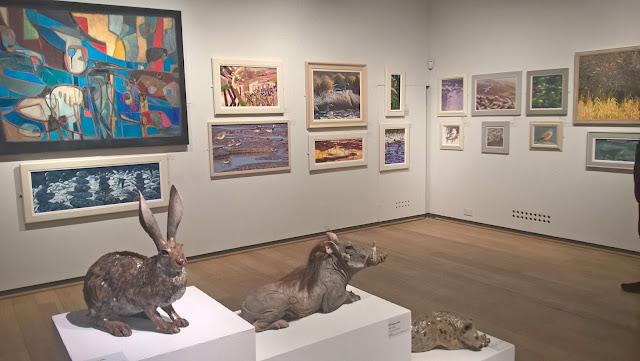 Some great pieces of work. My award goes to Chris Rose's Long-eared Owl and David Hunt's Away from the Rain. (The former was £10K and the later £2K- I bought a cup of coffee- outside from Starbucks and noshed up the free canapes and drinks inside- god bless you lords and ladies!) 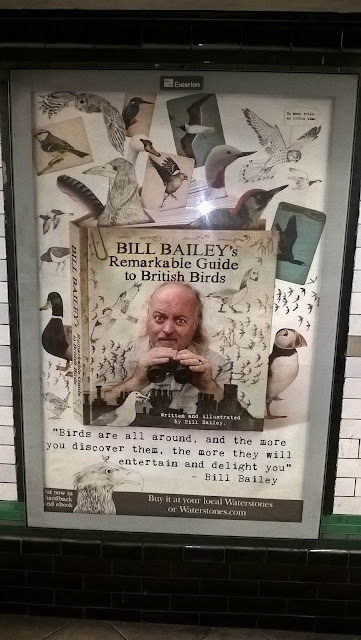 Hope came in the form of seeing mainstream celebrity Bill Bailey's posters all over the London Underground advertising his new book which hopefully is an attempt into breaking into the mass market for birding- mass mobilisation is exactly what we need, not blinking £10,000 paintings! :-) 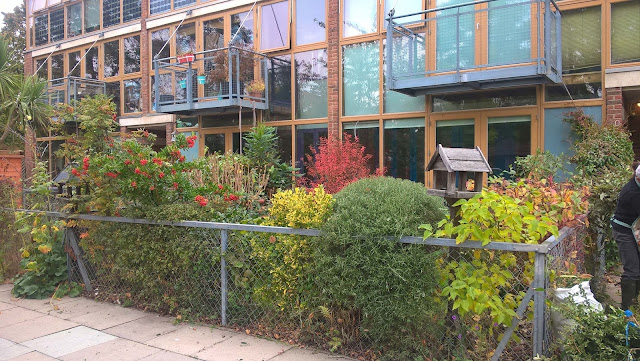 I did actually do something useful today- this morning Gillian and I did all the autumn work on the wildlife gardens in Bedzed, trimming them all up and making them look beautiful. Still hoping we get more takers to create more of these. Planning on launching a local campaign next year but because the locals are so tight or poor will probably need some subsidies/incentives. I might ask the SWLA??
Posted by Peter Alfrey at 18:36