Yesterday's highlight was a seed, so today's highlight, a Madeiran Wall Lizard was an improvement in the right direction (the right direction heading to getting the hell out of here and into the Eastern vagrant fest in NW Europe).  We had a couple of defectors yesterday with people bolting off but most stalwarts are sitting it out, hoping for a repeat of last year when a very quiet start to the season ended in style on 17th October FALL OF THE YANKS. There are currently about 60 birders on the island seeing bugger all.

The Madeiran Wall Lizard occurs on the other islands of the archipelago but is unrecorded from Corvo and Flores so today's find by Kathy is historical. The great find occurred when we were bored drinking coffee and the critter walked past us.

The only other thing that can remotely be passed off as interesting that I saw today was two Mallard-types flying round the village, which on inspection of the photos look like Black Duckx Mallard hybrids.

There's still a couple of Yellowthroats about and also the Upland Sandpiper. 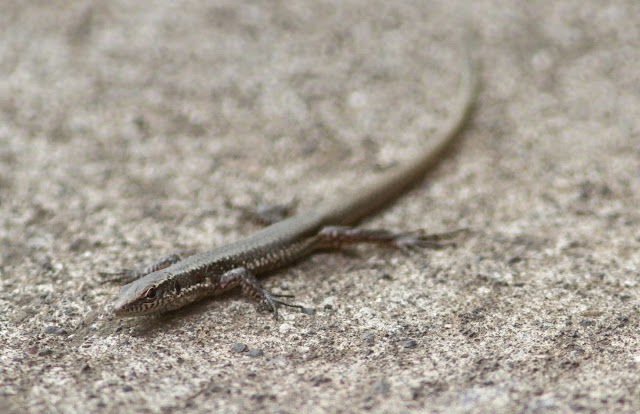 Madeiran Wall Lizard- a first for Corvo. Found in the cafe so presumably came in with supplies. 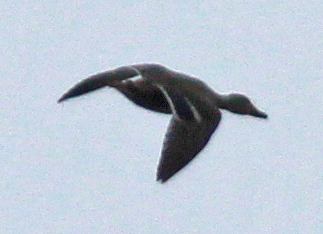 Hybrid Black DuckxMallard- the green wash on the crown and around the eye and the white greater coverts on an overwise dark bird indicate a hybrid.

The Azores high is effectively producing an enclosure around the archipelago with north winds on the eastern flank and south winds on the western flank keeping birds from all directions out of our air space. It is literally worse case scenario- not even getting European birds. Also just to make things worse, the position of the Azores high, being stable this time of year, is responsible for the big low over Europe dragging in an easterly airflow across the continent bringing in the vagrant payload with it. Thank you global warming - I blame it all on the Capitalists.