Ticking over at the Old Vic

A steady few days here, the Old Vic pan species list is now on 1126, moth list is 570, moth year list is 418 (be great to get 500 in a year)  and bird year list is 76 (Treecreeper and Hobby recently). A few notable changes on the bird front include up to 10 Mistle Thrush around, the family party (up to 8) of Barn Swallows flying around, another batch of recently fledged Robins and Dunnocks, the odd Yellow Wagtail over, the first Grey Wagtail since March, haven't seen any Spotted Flycatchers since late June,  Treecreeper around sub-singing in last few days and a couple of sightings of Hobby.   Even with this basic garden dataset there are still some interesting seasonal patterns emerging (see here). I've also got a load of moth trap by-catch to go through (started using the Obsidentify app) so hopefully can start identifying more beetles and caddis-flies that are sometimes more numerous than moths in the light trap.

Had what I presumed was a Bank Vole under the survey matts over the weekend. 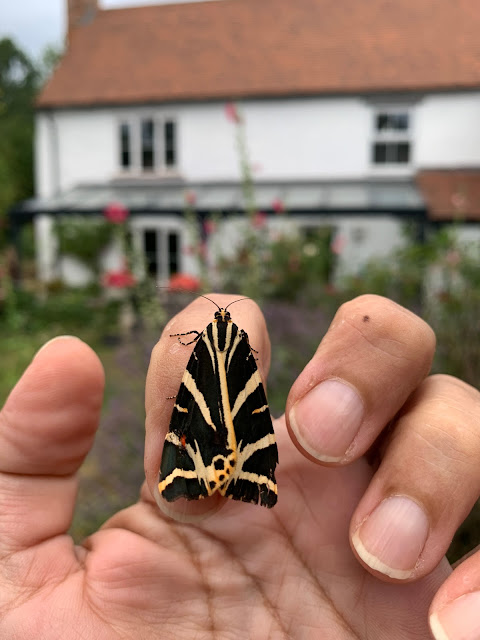 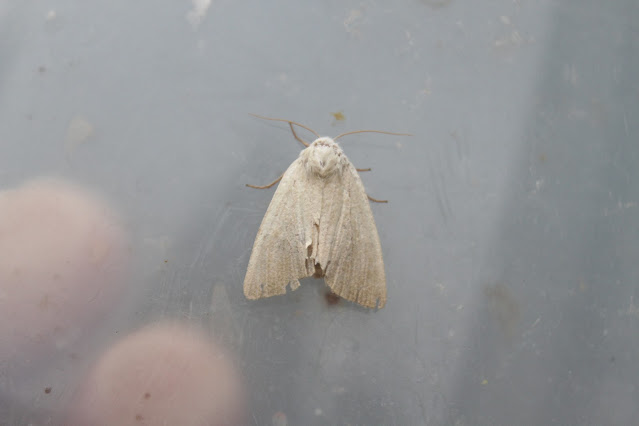 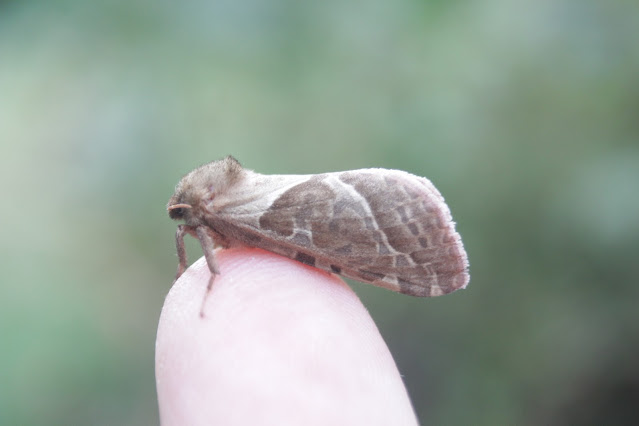 The first Orange Swift of the year- a dark morph female 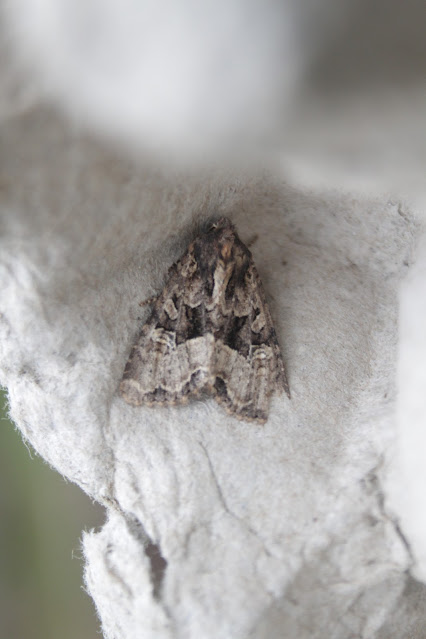 I wasn't sure on this, first passed it off as a Flounced Rustic (which are appearing regularly now) but maybe a Shears? 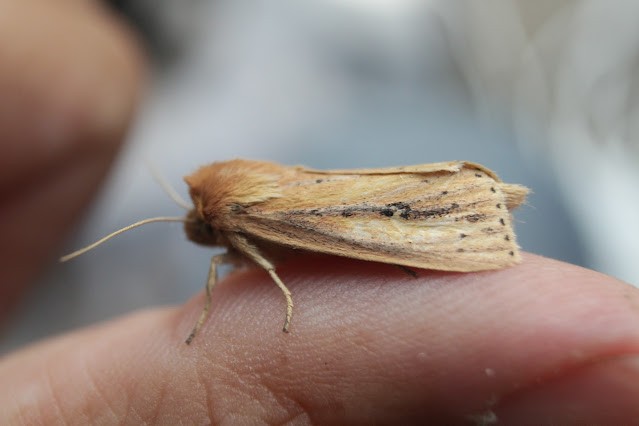 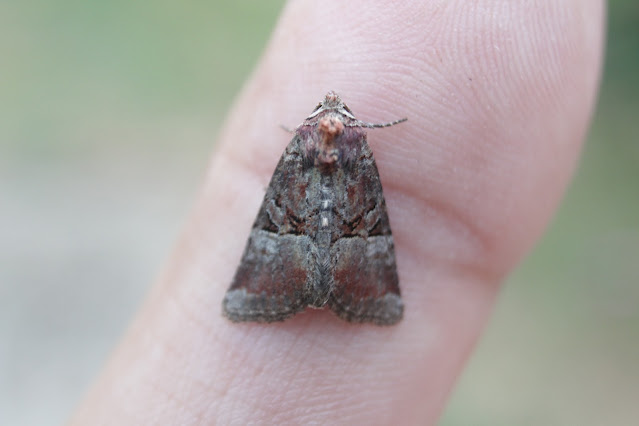 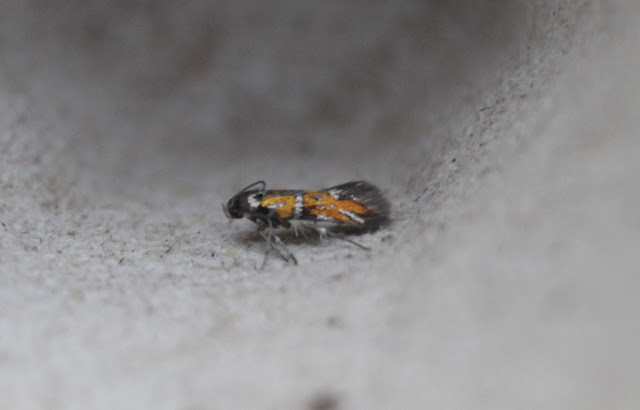 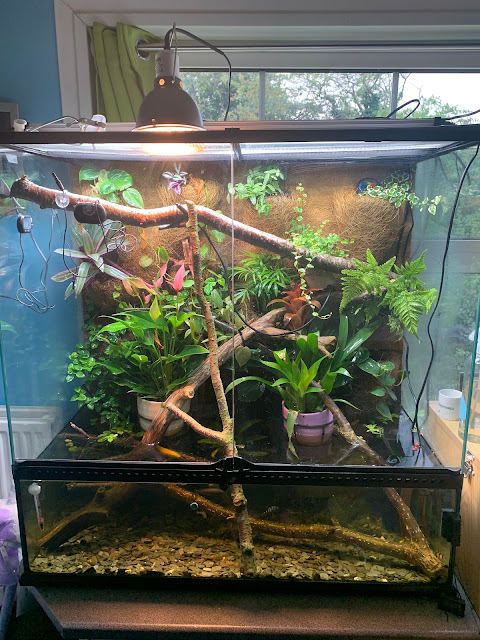 The Paludarium is coming along well with the plants continuing to grow, the aim is to achieve a solid vegetation living wall on the backdrop- the overall aim is to get 100 species in Jacob's bedroom mini-zoo. Not too far off. I find it relieves a bit of sixth extinction stress to re-define 'biodiversity' to include all life including human sustained domesticated species, this is the Anthropocene after all and most 'widllife' is sustained in heavily managed agro-ecosystems, gardens and engineered nature reserves anyway. Evolution finds a way and things seem less bleak when you imagine that inside every concrete jungle there are millions of aquarium fish and pets and animals inside buildings and houses often enjoying extremely high standards of living. This week we bought some more fish for the small aquarium and a large blue chichlid which unfortunately didn't survive the first night so need to solve that today (maybe oxygen levels low in the main tank). Will do an update and list when I get a chance

All good in the mini-farm, we did a three course Sunday roast where everything was homegrown except the chicken (and we've got them on the way). 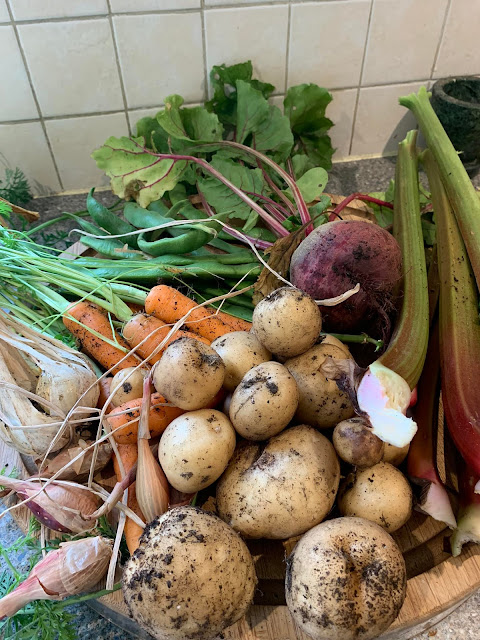 Hi Pete your Rustic is a Common Rustic agg, a nicely marked one.

Thanks Stewart, those pesky Common Rustics keep getting me!
Cheers!