Bordered Straw at the Old Vic

Despite being a hundred odd miles from the coast there has actually been quite a bit of migrant activity lately. I think in these sustained high pressure conditions we get a better chance of inland migration as plenty of time to disperse from the concentration areas along the coastlines. I was hoping to get a higher league migrant eventually and finally got a Bordered Straw a couple of days ago. Luckily on seeing the weather I decided to overnight at the Old Vic instead of going to London and got up at 5am instead to travel to work. Having put the trap out the night before and knew I only had about 10 minutes to avoid the M25 morning gridlock so I did the quickest look through the moths possible and the result was one of the best nights I've had here with Bordered Straw, Dark Sword Grass, Rush Veneers, Angle Shades, Nephoperix angustella, Turnips  and White-point on the migrant (or possible migrant) front and a new for site Cream-bordered Green Pea.

Back to the Old Vic today and with all the time in the world to go through the trap- nothing particularly exciting  apart from what I presume is a Bittersweet Smudge. 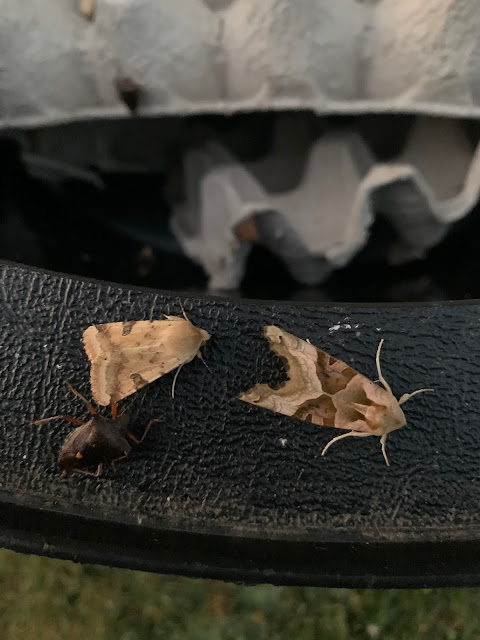 Bordered Straw (above and below) with Angles Shades (above) 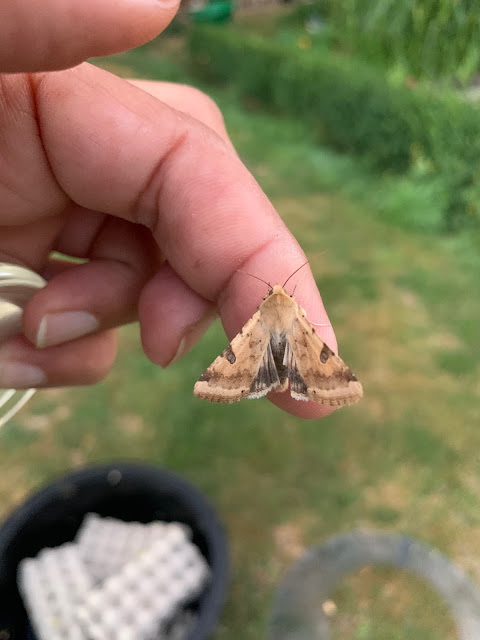 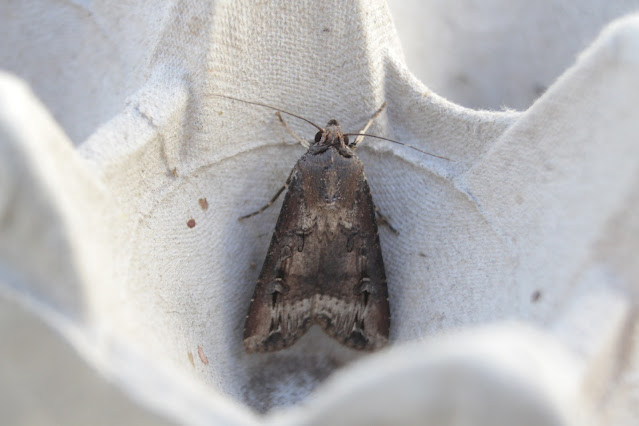 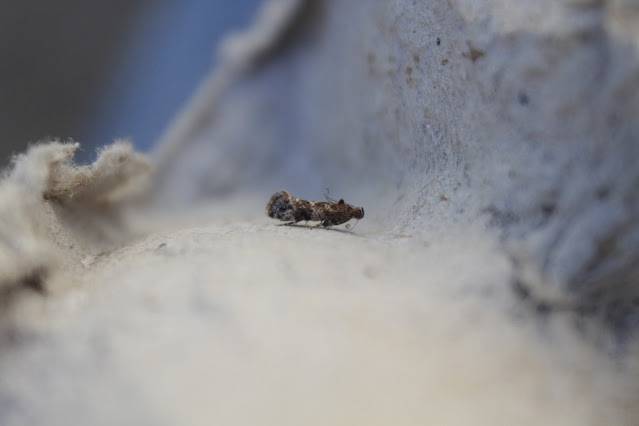 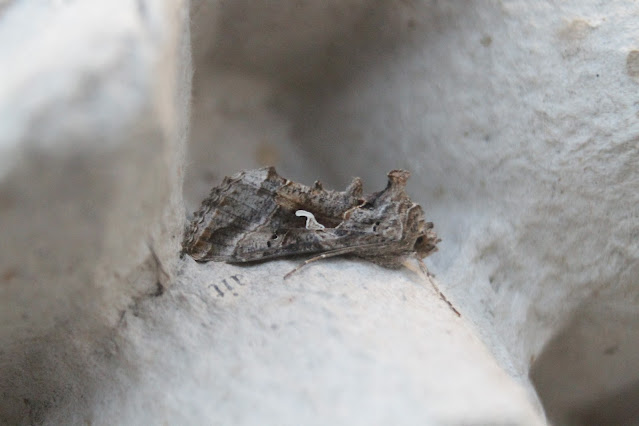 Silver Y- only the odd one of these. Rush Veneer has been the most numerous migrant recently with up to 8. 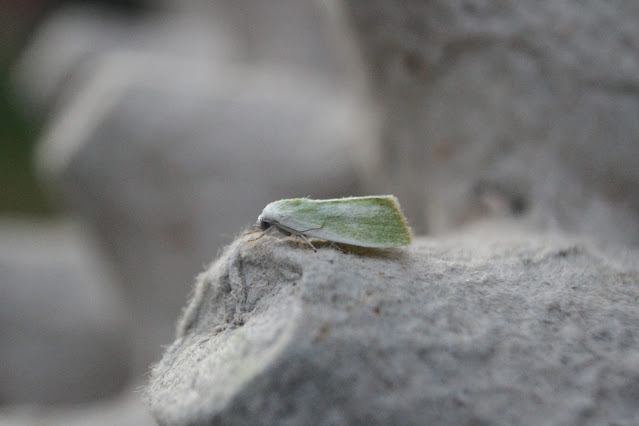 Cream-bordered Green Pea- a new for garden
Posted by Peter Alfrey at 10:01