Trying to make the most of this heat wave while it lasts. Had the traps up at Henry's at Waterstock Mill on Saturday night and again at the Old Vic yesterday. On a way for a few days at the coast now so a quick post.
Lots of migrants at the Old Vic- 27 Rush Veneer last night and also 3 Diamond-backs, Angle Shades, Silver Y, Dark Sword Grass and White-points. Highlight was an Acleris literana, a species I’ve been hoping for ages but unfortunately it flew off before I got a pic . 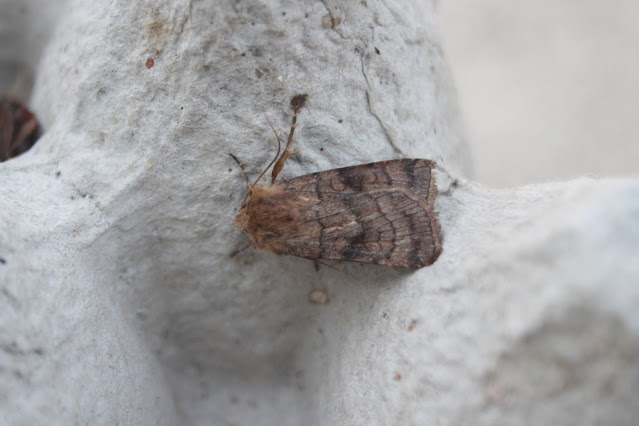 Highlight at Henry's was this Six-striped Rustic . Had 62 species of 186 moths there. 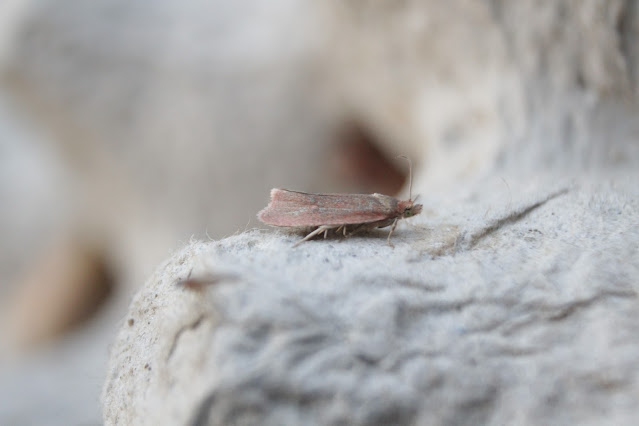 A smart Roseate Marble at the Old Vic 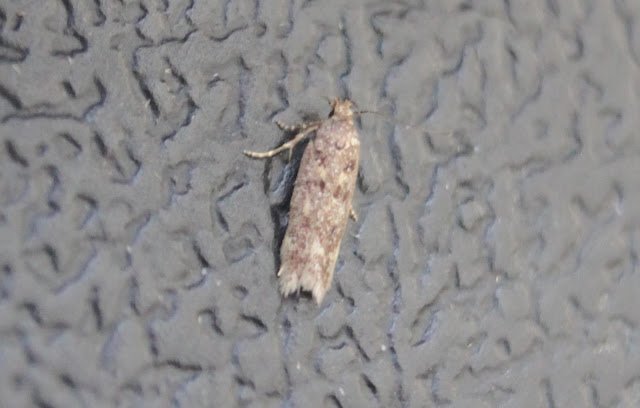 I'm on the look out for a Beet moth at the moment which seem to be a possibility in Bucks now . The image below is indeed a Beet Moth, Scrobipalpa ocellatella and the one above is probably Bryotropha affinis. (Thanks Stephen Palmer ) 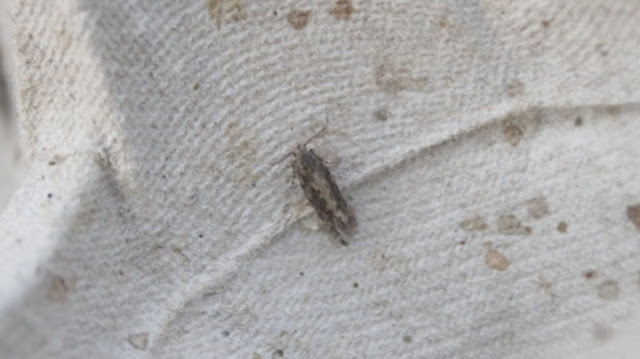 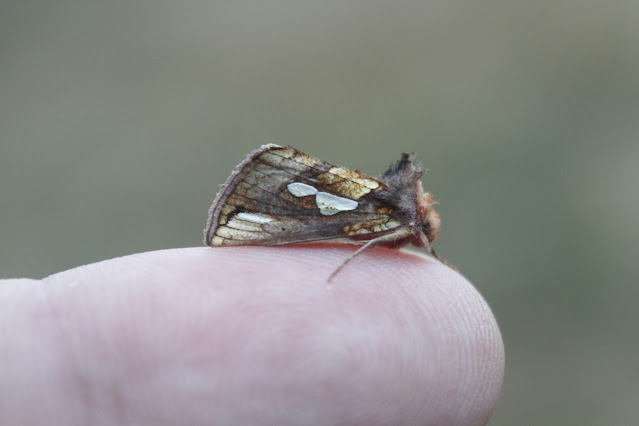 The second Gold Spot of the year at the Old Vic
Posted by Peter Alfrey at 07:55