Brill Windmill and the Old Vic

Did about three hours up at Brill Windmill this morning. A late Swallow and a few Bramblings, Redwings and quite a few Chaffinches moving with a few Goldcrests in the bushes and a Chiffchaff (Ebird list HERE). Also a couple of flocks of Woodpigeons moving- the harbinger of the last migration wave of autumn is near.

Back at the Old Vic I had a few flocks of Golden Plover going over high a couple of evenings ago (presumably the local Oakley Airfield birds arriving back) and the Tawny Owls have been very vocal. The moth trap has been relatively quiet in the now much cooler evenings but still a few new for years including Satellite and November moth agg.

Went to our local farm shop this morning (as ever trying to only buy non-industrial products where possible) and they had a game fair on with the British Association of Shooting and Conservation and other countryside groups that would trigger the likes of Mark Avery and Chris Packham into a right frenzy. I certainly get the sense I'm behind some kind of enemy lines in this part of the world what with it being Tory and hunting heartland but to be honest the whole region is absolutely stunning and there is a real abundance in wildlife, even away from RSPB controlled Otmoor (which is the nuts though), so probably some kind of indication of the perils of populist politics. 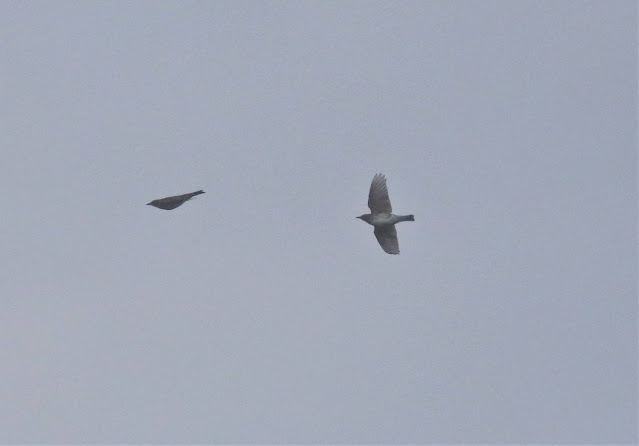 Redwings on the move 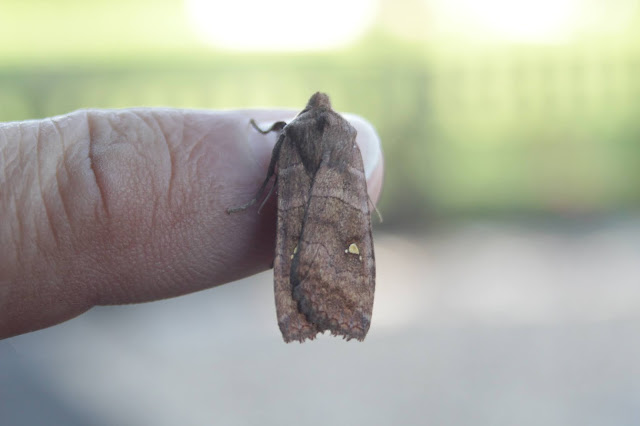 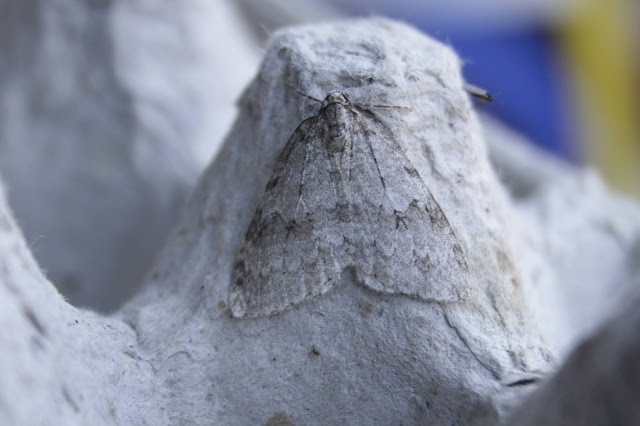 View from Brill looking west over towards Otmoor (north of the Beckley mast to left of image on horizon). The Whitchurch Sand Formation and Purbeck group beds form the hills at Brill that rise above the Otmoor basin and the Oxford Clay Formation. Most of the geology and corresponding ridges and valleys orientate roughly SW-NE in this area. Most of the vis mig today was go due west cutting across the ridges so presumably on a broad front and not really bottle necking or funnelling over Brill. Wind today was from the north west. Brill looks like the best vantage point for vis-mig close to home but would be interested to find out if there are any better vis mig stations in the local area.