Birding blog with no birds

Autumn is coming or rather is here. Green Sandpipers building, post breeding Lapwing flocks, migrant Blackwits and juvenile Med and Yellow-leg Gulls are on the move but I don't give a tuppenny f##k as I'm still hunting deep in the underworld for moths while this heat wave lasts. Had several firsts for the farm recently and a few moth lifers elsewhere.

However today marks mid-July so need to start thinking about getting in on the juv gull action (crisp fresh juv gulls are hard to beat) and returning waders as one of the best times of year to find an abmigrating rare wader, caught up on our flyway as the adult wader population starts moving south. In the past, in the Thames/ North Kent I've found two White-rumped Sands and several Pectoral Sandpipers in early autumn and seen Sharp-tailed Sandpiper, Terek Sandpiper and Long-billed Dowitcher etc so a great time of year to be checking the wader flocks.

I'm hoping once I get up to speed with butterflies, moths and dragonflies across the WP that can reignite the fire to keep looking for rare birds across the WP as hoping to solve the problem of getting bored with looking for bird vagrants alone (by its nature rarity hunting means most of the time you are going to find f#ck all)  as can increase chances of finding something rare and retain more interest by looking at different groups. That's the plan anyway!  (On that note if you do see something on here with is incorrectly identified please do comment (and not just think- twat!) - I'm using collective learning methodology to learn these groups that in the pre-internet era would have taken years/ a lifetime to learn- hopefully in mutual return running this blog might be some use in others learning some of this stuff)

Spent this weekend in Oxford. Did my butterfly survey at North Otmoor, moth trapping at the old vic and visited Bernwood Forest again with Jacob. The Old Vic bioblitz is now at 574 species. 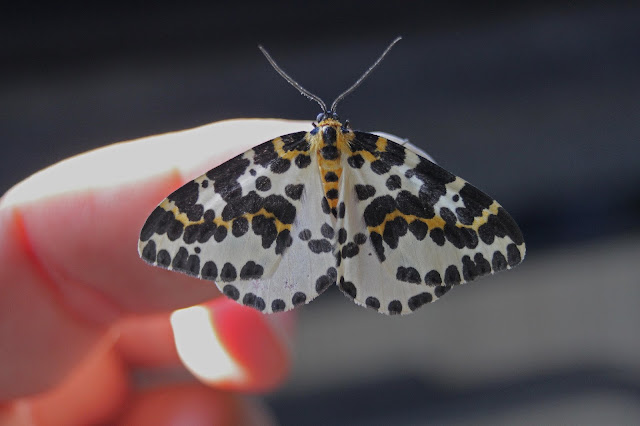 Magpie  (above) and Small Magpie (below) 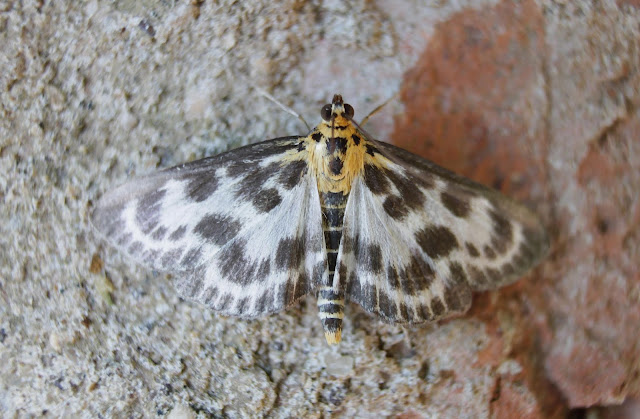 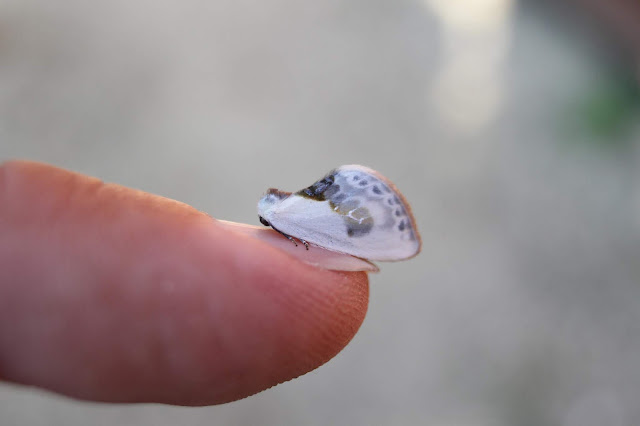 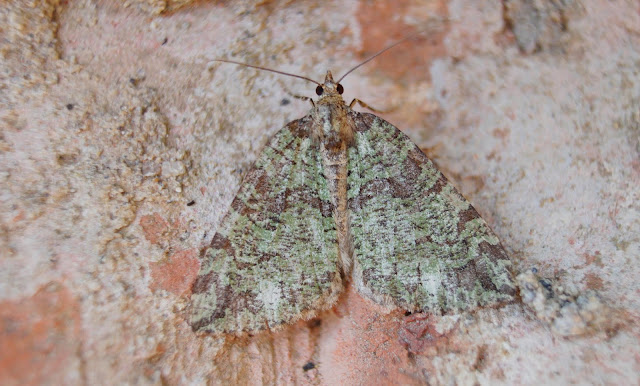 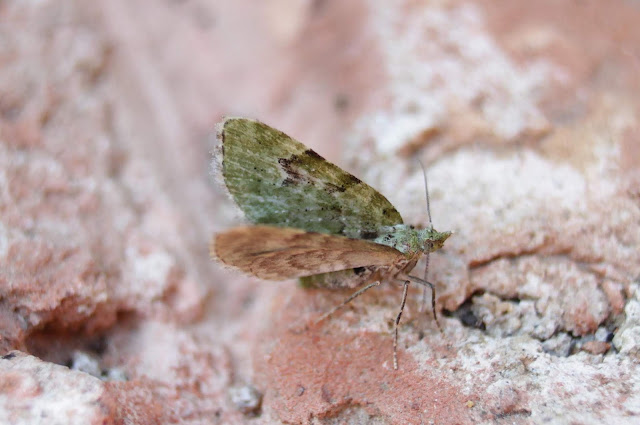 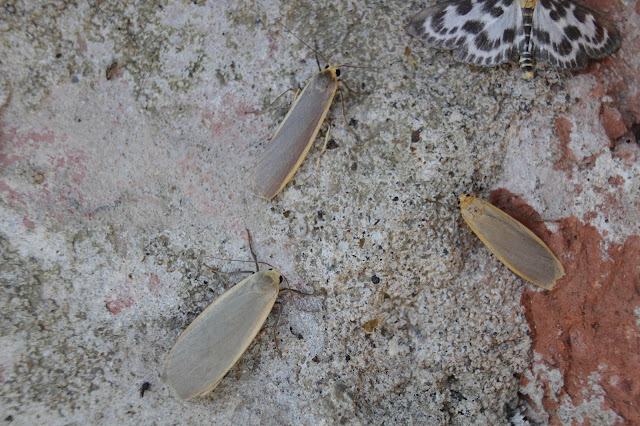 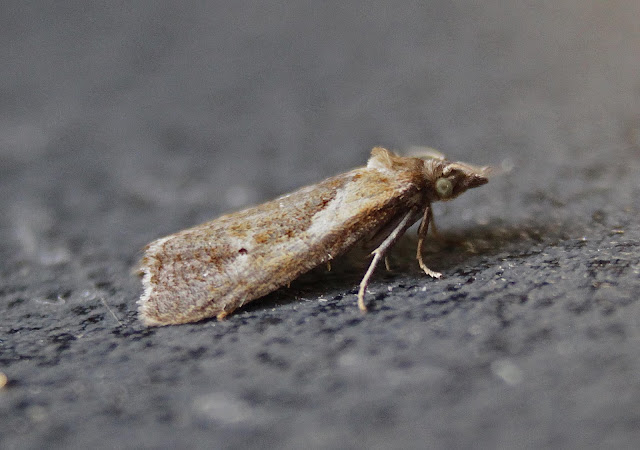 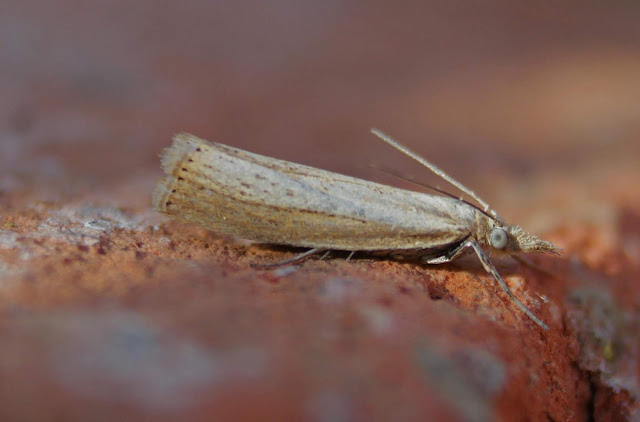 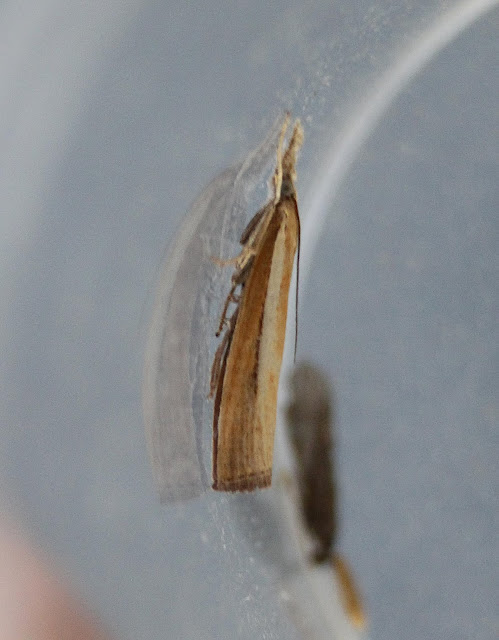 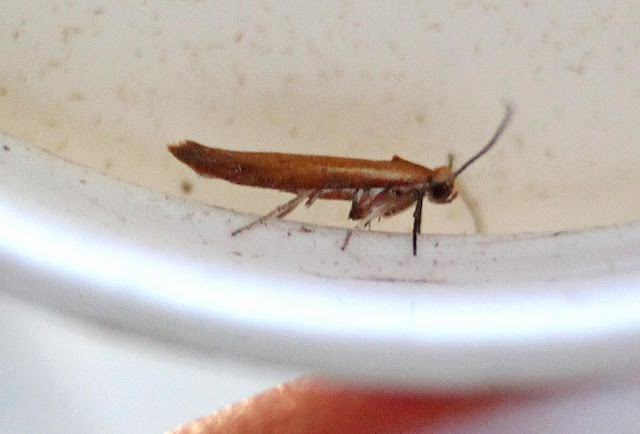 Closest I could get to this is something like Argyresthia laevigatella 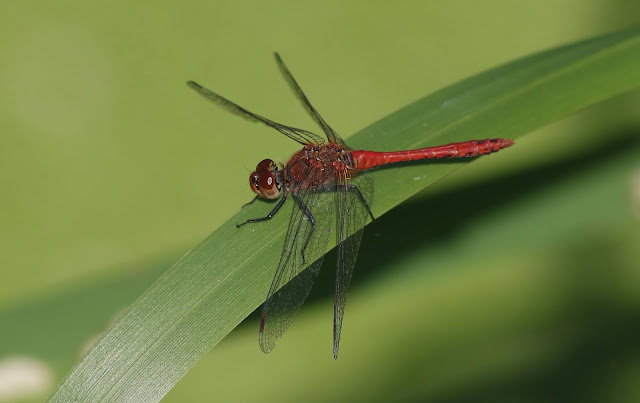 Ruddy Darter- over 100 of these still on the RSPB North Otmoor butterfly transect. Also Emperor and Brown Hawker. 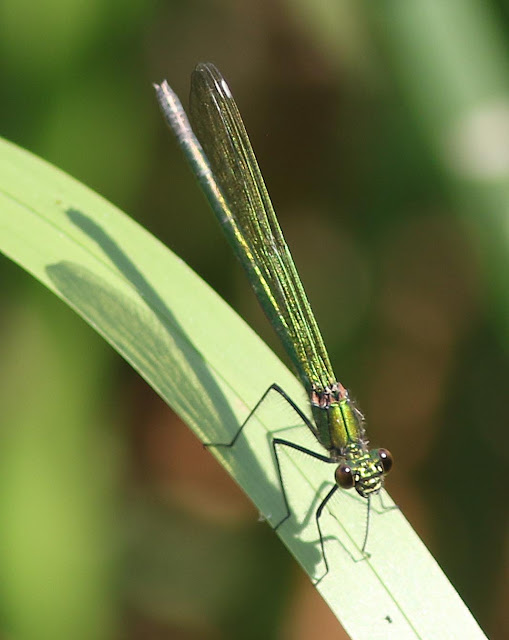 Thought this might be an Emerald but amongst other things Emeralds rest with wings at 45 degrees and Demoiselles (female presumed Banded) above rest with wings closed.  Cheers Magnus and David! 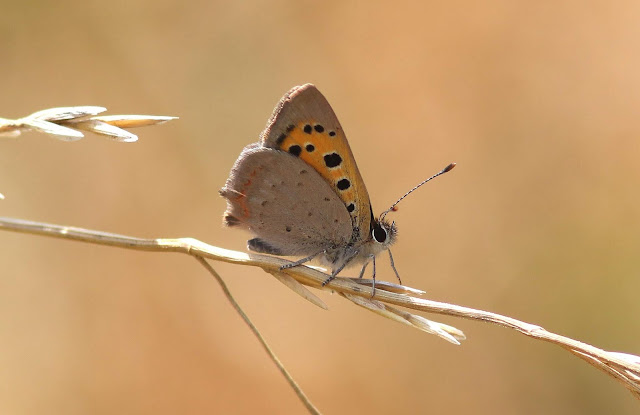 Small Cooper was the highlight of the butterfly transect. The transect is much more impressive for odonata than it is butterflies.
Posted by Peter Alfrey at 12:47