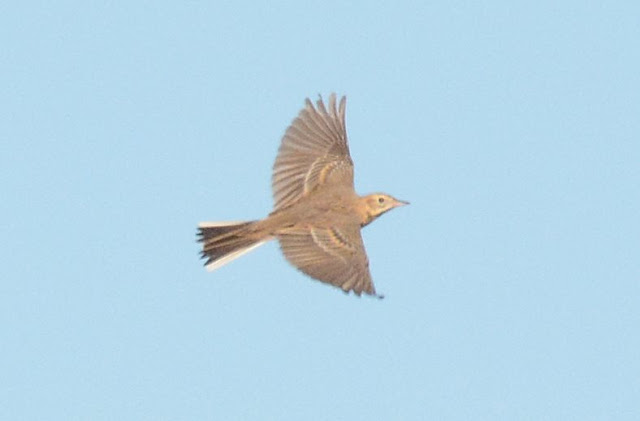 First-winter Richard's Pipit, Anthus richardi richardi, Beddington Farmlands (Kevin Guest). The best pic of this bird showing some of the covert and tertial details which are useful in ageing the bird (see ageing below)

Ageing: Looks like the bird has moulted all it's median coverts (broadly buffed tipped) and the tertials look second generation like with broad brown fringes. However these contrast with the pale tipped greater coverts (possibly moulted one of the inner greater coverts too). The contrast suggests a first-winter bird. In an adult the tips to the greater and median coverts are generally uniform light brown.

Geographical Variation (HBW). Presumably this bird is nominate richardi (based on distribution). Centralasiae are the palest and largest subspecies. The tones in most photos are consistent with a darker toned specimen (typical of richardi).