The flight was cancelled again today which was most fortuitous as Corvo's first Yellow-browed Warbler was found by Hannu and Gary in the same place the Wilson's Warbler was found. Surely the furthest west this species has ever ventured.

Darryl and I covered the lower and middle fields today looking for more migrants from the east. We had a juvenile/female Pintail going west at sea, a Common Gull, Sanderling and Barn Swallow. Elsewhere on the island there were 2 Skylarks and a Chiffchaff.

We also had the Yellow-billed Cuckoo, Chimney Swift and the Dickcissel.

For all the Corvo news see HERE. 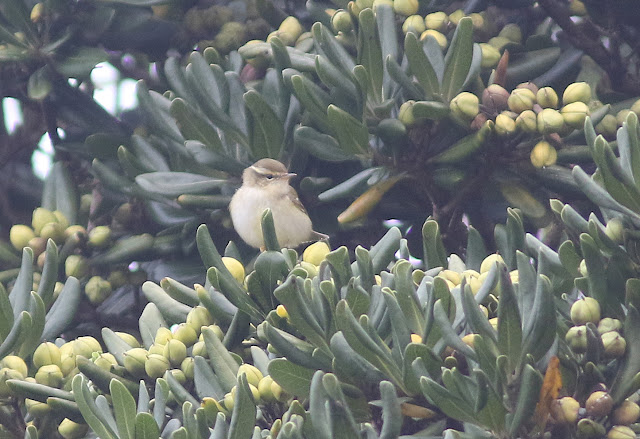 Yellow-browed Warbler (above and below) 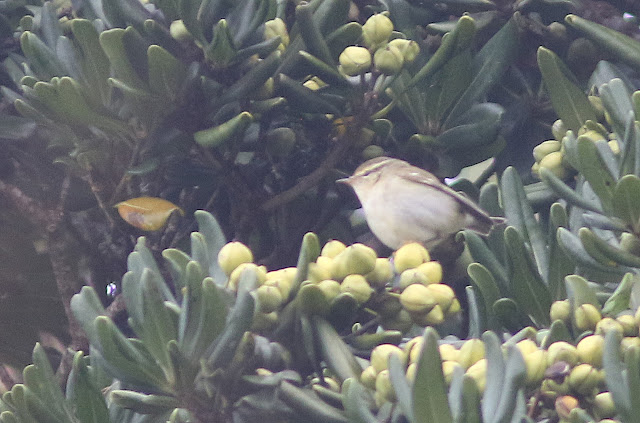 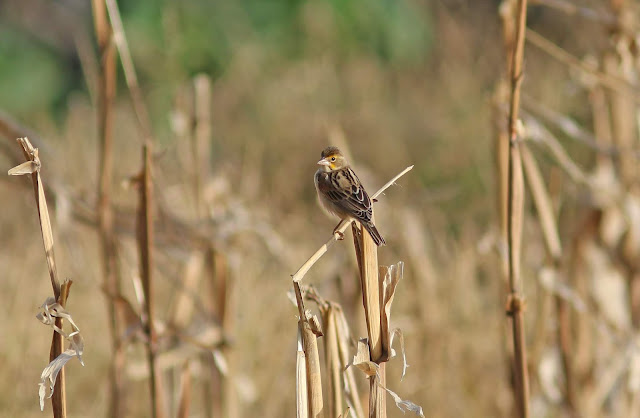 First-winter male Dickcissel (above and below) 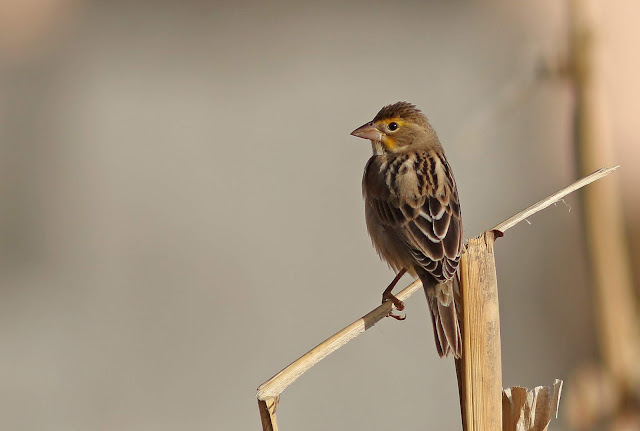