My dodgy leg is being pushed to the limit. Due to permanent injuries that I have sustained on Corvo in the past I now have to choose very carefully what birds I chase after incase I end up crippled in the guesthouse like in 2012-2014. So now I generally hunt for rarities at a slow pace and only chase something I need. Problem is today there were four birds on the island I needed (two were found yesterday and another refound from a few days back) and one of them a first for the WP found this afternoon- a Blue Grosbeak. I had to pass on the Grosbeak and just pray it is still there tomorrow but I did manage to successfully hobble around Le Ponte and then did Lapa and back to the Guesthouse- one of the best days twitching I've ever had on Corvo. 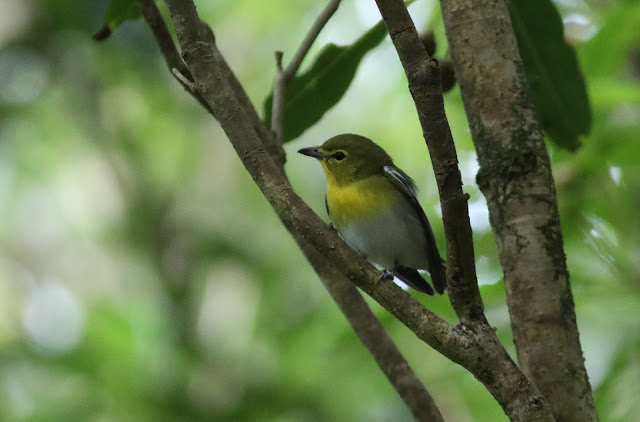 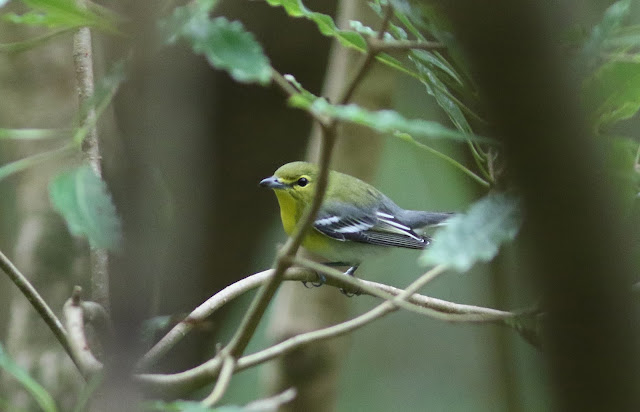 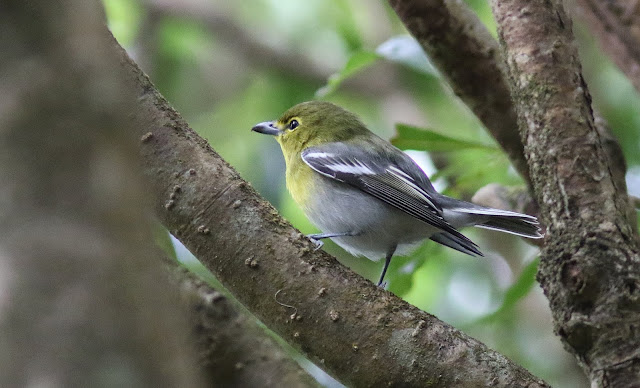 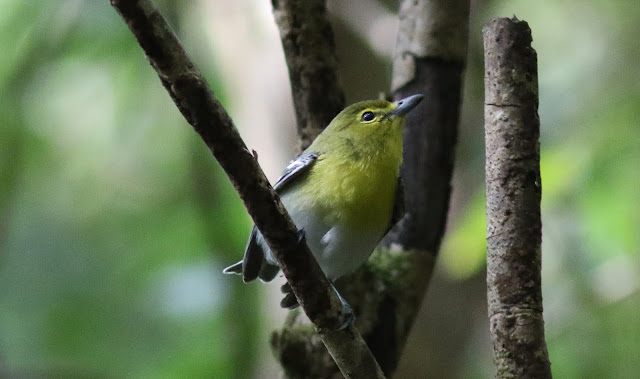 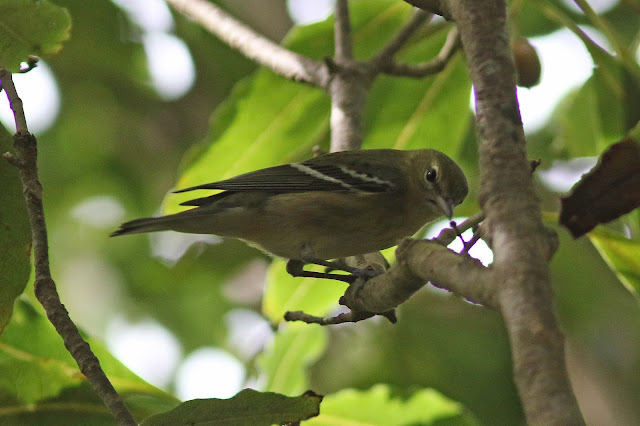 Bay-breasted Warbler- looked a bit  Buff-bellied Pipit toned overall. There were blotchy streaks on the breast sides and the undertail coverts looked whitish in some angles and also the mantle looked streaked in certain lights. Not sure if that is all acceptable variation between Blackpoll and Bay-breasted. I hope the id sticks - if so a WP lifer. 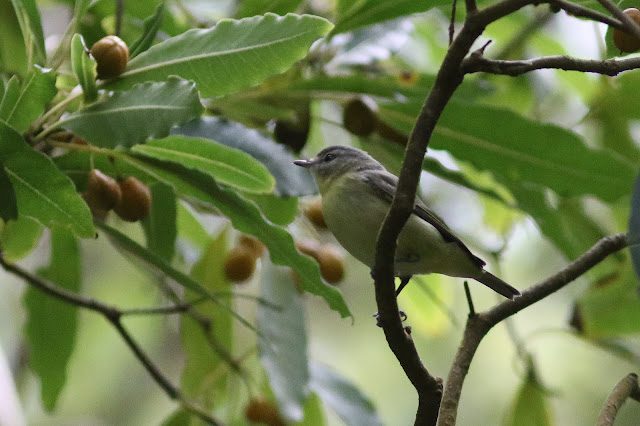 I then decided to go for the White-throated Sparrow in Lapa . As I was walking towards Lapa the Blue Grosbeak broke but I had to resist the urge to run for it and cripple myself . I quickly looked for the Sparrow and luckily found it easily. Then I was planning on phoning for a cab to take me to the Grosbeak and at that moment my bloody phone died. I had to make the sensible decision to preserve my dodgy leg and walk slowly back to the village- on the way back I stumbled across a Northern Parula and an Indigo Bunting.

The plan now is to rest tonight and to head straight to the Grosbeak spot first thing tomorrow and sit it out there hoping the bird is still there. 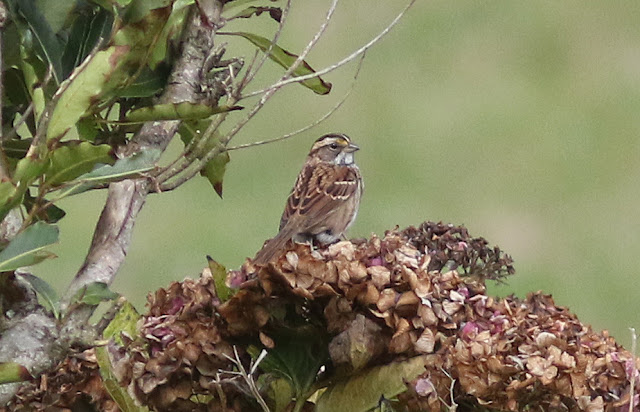 White-throated Sparrow (above and below) - my third WP lifer of the day. 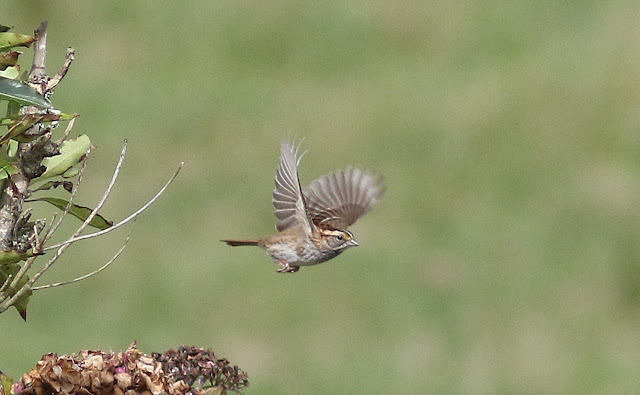 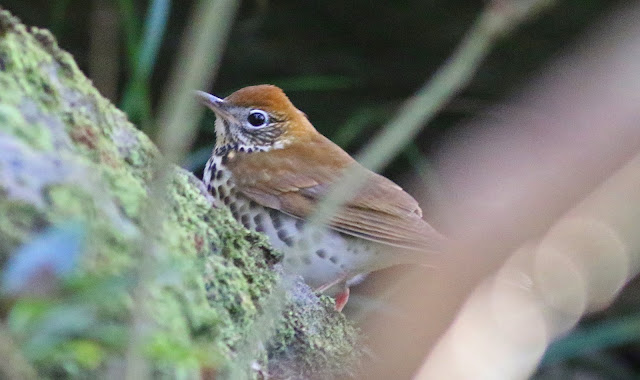 Wood Thrush (above and below) 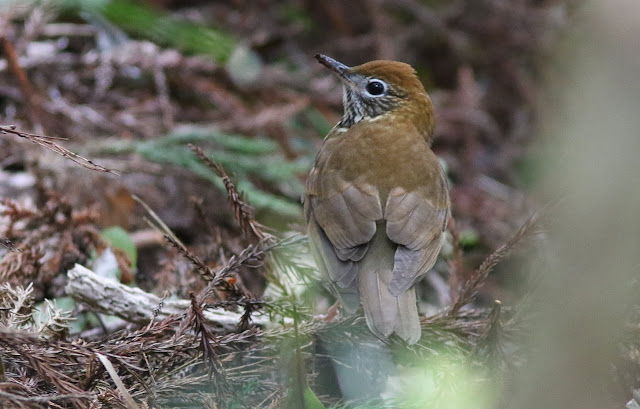 For all the news from Corvo see HERE
Posted by Peter Alfrey at 12:32

Thanks Trevor- sounds like majority happy with it. Last year's bird was much more of a classic but sounds like this one still within variation. Thanks again!