Down town on the Downs

The usual few days in London this week, I stayed at Steve's up on the North Downs and did some moth trapping there, did two days visiting green spaces for work (this week a mix of private and social housing gardens/grounds) and on Wednesday Gillian and I visited another London Wildlife Trust Reserve (we're trying to visit as many as possible), this time Riddlesdown SSSI. We both agreed that Riddlesdown was the worst keep secret they've got , just a bit of fairly average chalk grassland from what we could see and not much of it either (most of the rest of the Riddlesdown Nature Reserve in which this reserve is hidden seems to have better areas). Many Wildlife Trust reserves are like hidden treasures that are difficult to find and this one was no exception. I've had to abandon quests in the past to actually find Wildlife Trust sites and if you haven't a phone signal you can be buggered and during covid the challenge was even worse with many being abandoned with entrances overgrown etc. Anyway we found this one and despite being rather underwhelming was still worth the effort.

The Wildlife Trust sites always make me think how effective a concurrent private nature reserve network would be to compliment the existing network. Many sites are small- this one was barely an acre and many are a few acres. However they are often spectacular (Bernwood Meadows springs to mind) sheltering populations of very rare and localised species - small is not just beautiful but powerful too and lots of small actions add up to big changes. Anyway I remember reading some information on one of the wildlife trusts, I can't remember which one now but I worked out how many members they had and how much land was under their control (often not even owned but they get the management rights)  and it worked it that there was less than an acre per member. Considering an acre costs about £10K (agricultural and woodland grade) seems like there could be an argument that encouraging private and individual investment in nature and natural capital would work as well or even better than a charity model. Imagine if every person in the UK who was interested in nature owned an acre of land (or more) as part of their private investment portfolio in addition to their gardens or communal green spaces than that would presumably compliment the existing charity based nature reserves very well (would it even exceed the land they control?) .  Land (agricultural and woodland)  holds it value (even slowly increases) and with carbon credits and incentives available now there's even scope to make money from nature conservation so it could become part of pension/retirement fund. On a big enough scale a land market incentivised by carbon credits and ELM payments would drive speculation too so there could even be profit available for the pioneers. Anyway, that was a bit of a tangent but constantly being reminded how important it is for our company to buy more land and maybe even consider facilitating others to do too as part of an investment fund. We could experiment with this in Bulgaria where land is very cheap (development land is about 30K an acre and agricultural land about 1K or so). I'm off there next week and part of the objective is to look into buying up more land.

Here's a few pics from the moth trapping at Steve's and the Riddlesdown visit. 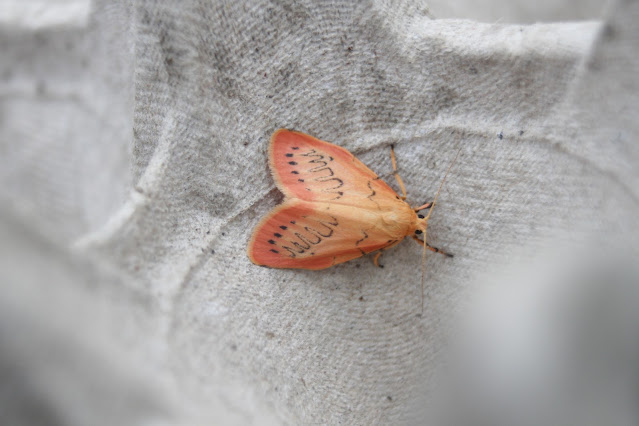 Rosy Footman - first one I've had this year 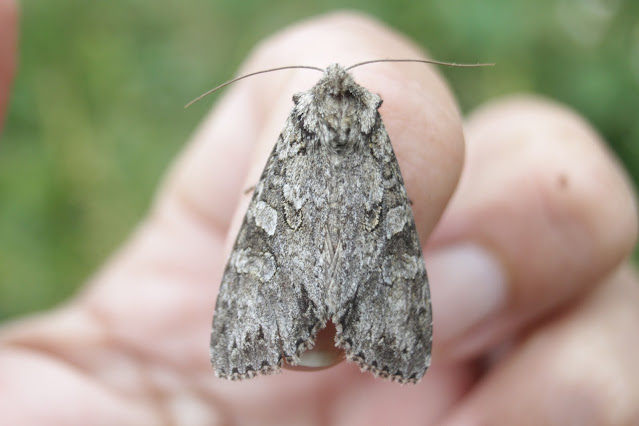 Grey Arches (above) and Sycamore (below) 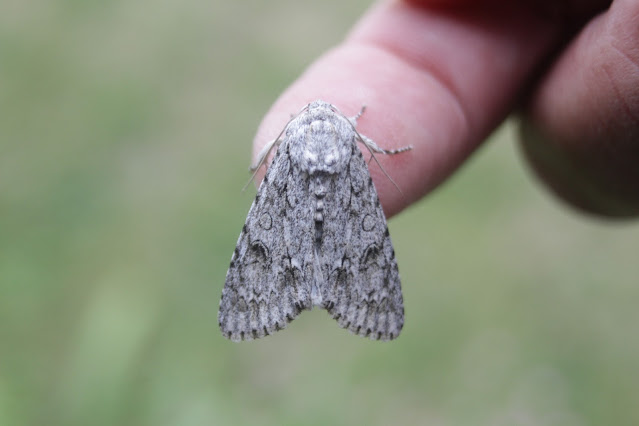 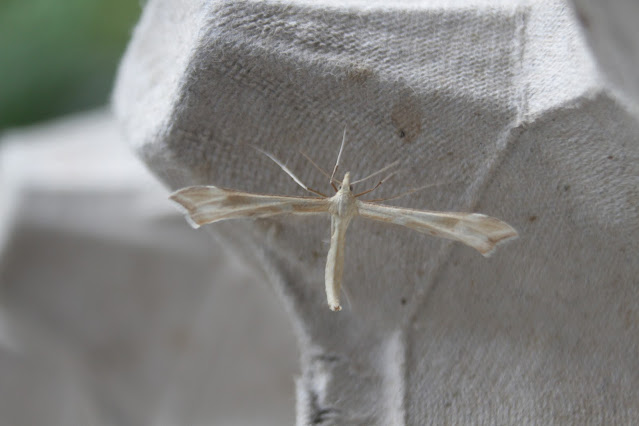 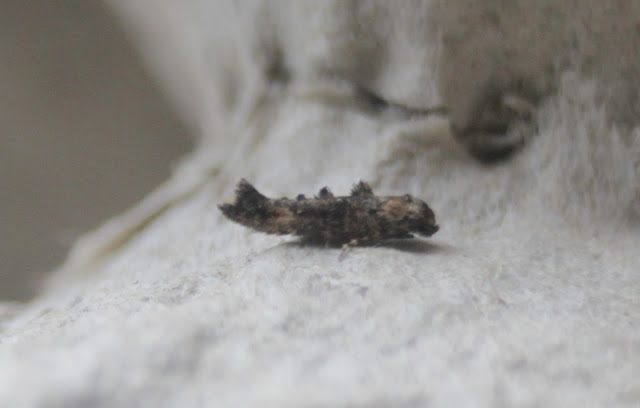 Presumably a mompha but I cant work out which one - maybe lacteella here? Might actually be something like this here (Garden Lance-wing) 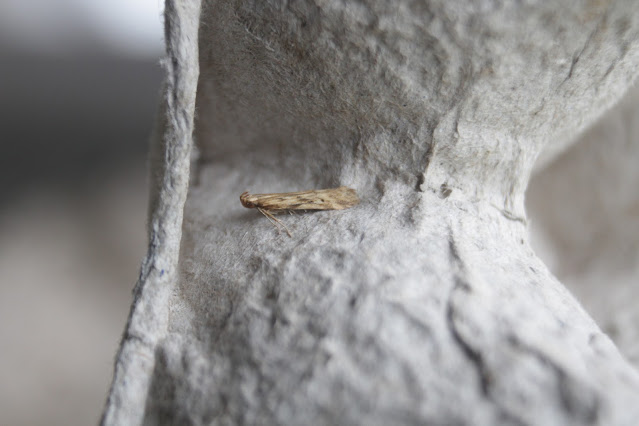 I put this down as Meadow Neb? 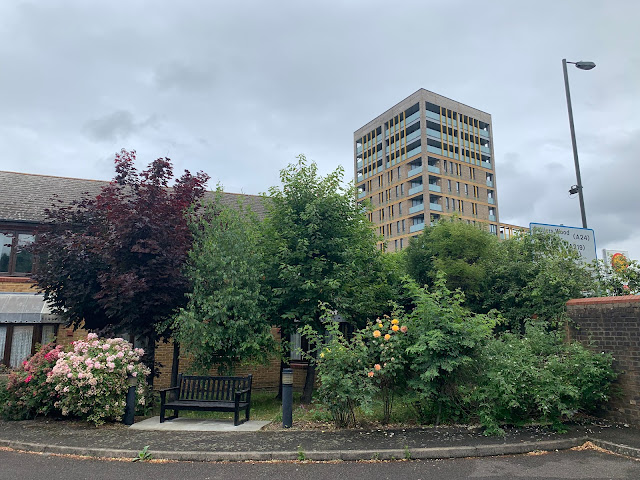 A social housing scheme in Merton, we do quite a bit of work in this sector and often these schemes have some increasingly important (as the amount of green space in London is slowly declining) urban ecology. This one within a rather industrialised area was a little oasis. 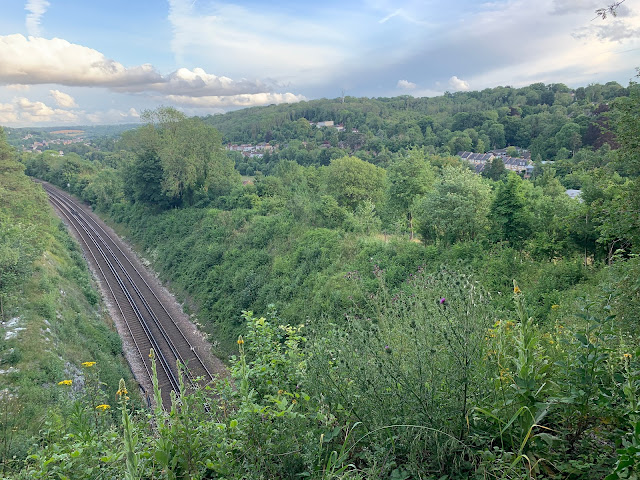 View over the Downs from Riddlesdown- we do a lot of work in this area for private customers, with steep slopes and shallow chalk soils it can be difficult terrain. We have had private customers that have actually turned their gardens into Chalk Grassland complete with Orchids and other signature species. 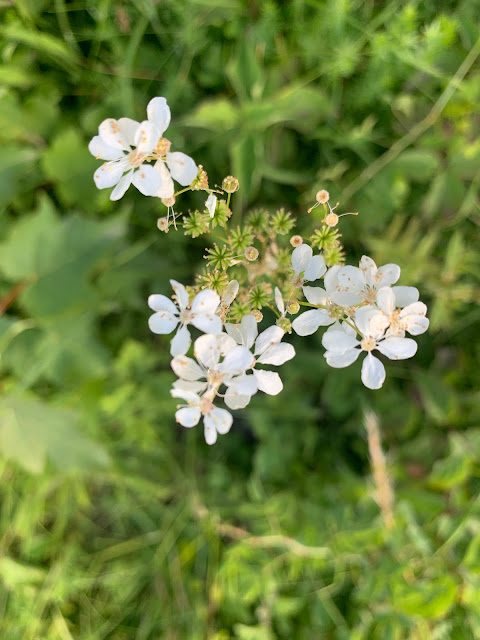 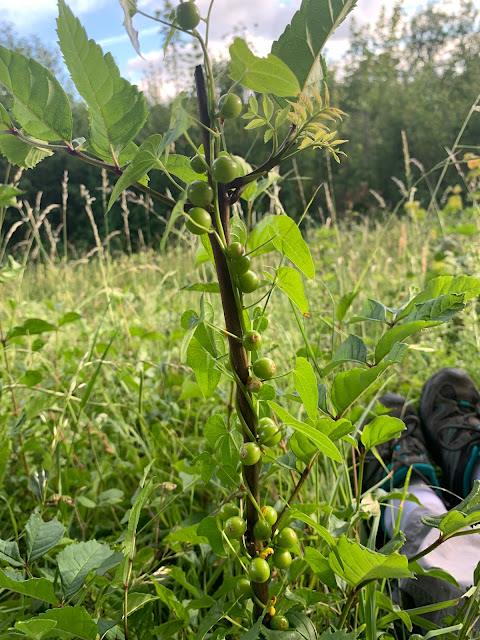 The small  Wildlife Trust reserve at Riddlesdown SSS1. A few Common Spotted and Pyramidal Orchids and the usual Chalk Grassland species was all we could see in a brief visit.
Posted by Peter Alfrey at 17:31