Still house and work bound (been busy with both family and making various investments recently to save up for the farm- going pretty well, will update on how my 'natural capitalist' adventure is going soon). So still mincing around the garden and been having a look at fungi recently with the help of Lee Dingain. Here's a few which are new species for the Old Vic (now on 1023). 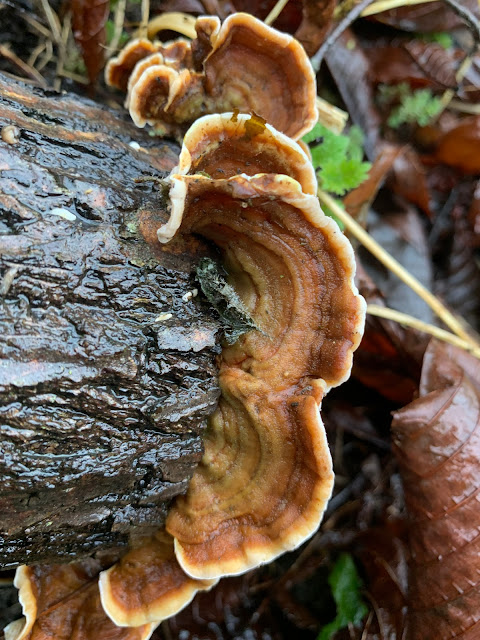 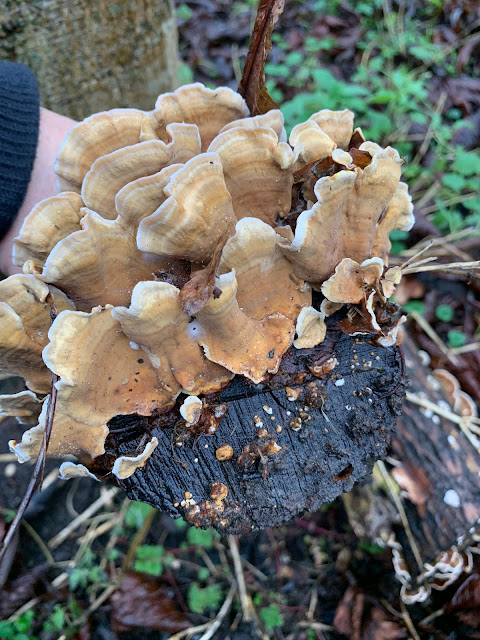 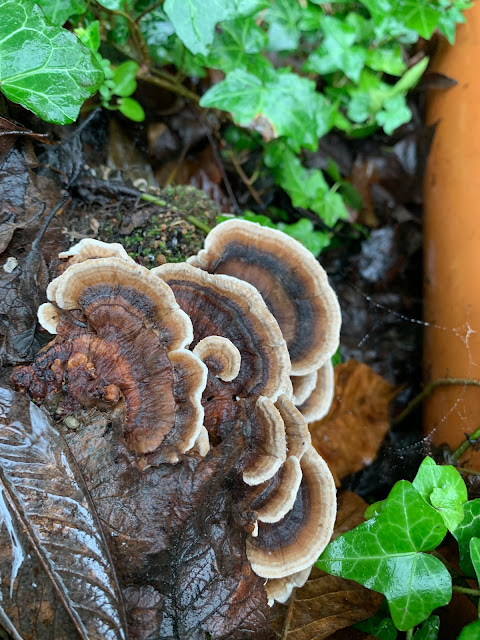 Turkey-tail Trametes versicolor (Probably this species, Lee wanted to looked at the pore spacing more closely, images above and below, showing the underside below and the difference to 'False Turkey-tail' or Hairy Curtain Crust also featured in this post, with Turkey-tail being white on the underside ) 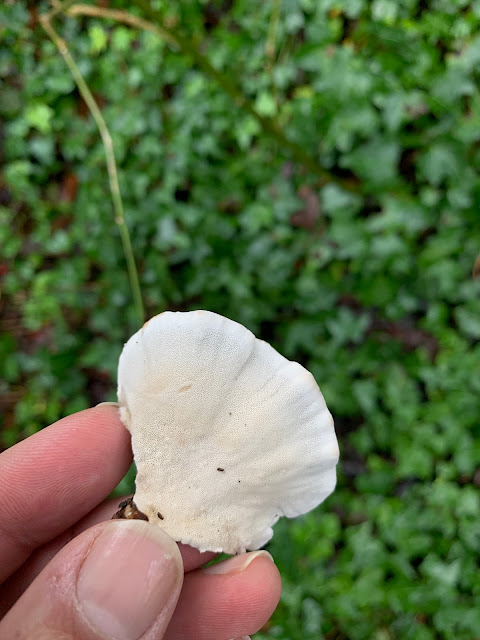 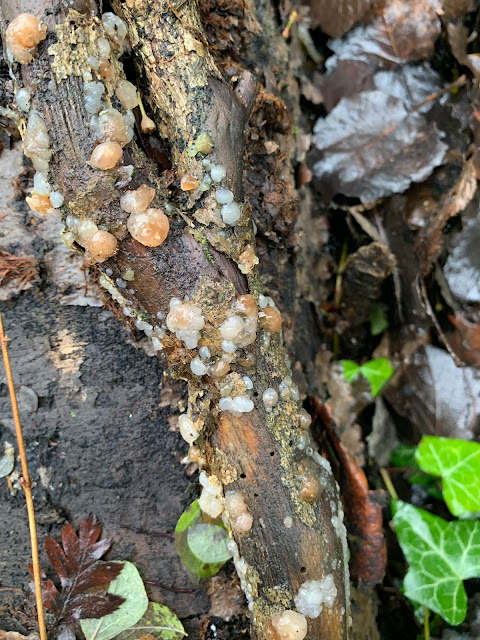 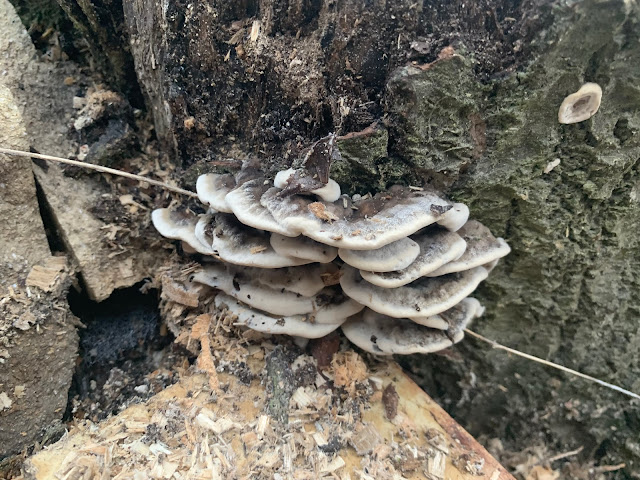 A table from the Pan Species Listing Facebook group showing the total number of species in different groups. There are 15000 species of fungi in UK compared to 620 odd species of bird. I'm hoping Lee will visit soon so we can explore for more garden lifers.
Posted by Peter Alfrey at 05:37