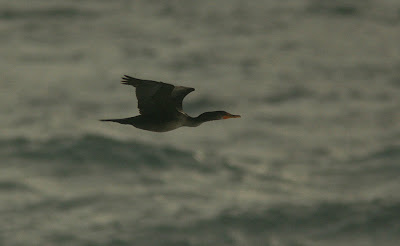 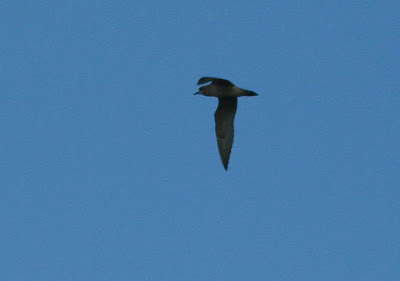 Made it onto Corvo- with a bumpy landing into the tail end of Otto. Had a few hours looking around the village and saw the Double-crested Cormorant (pic 1), the Buff-breasted Sandpiper and we had an American Golden Plover (pic 2) fly in off the sea.
Spent the last part of the day looking for a Waxwing sp. that Pierre found by the power station. There is Northern Waterthrush still here which I will look for tomorrow as I need it for my Azores list.
Posted by Peter Alfrey at 15:09