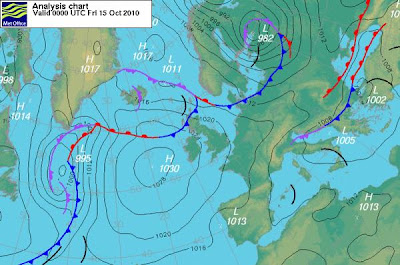 The Azores high pressure cell is blocking depressions from reaching these islands and deflecting them to the north. The easterly airflow on the southern flank of this cell is bringing in European migrants with 3 House Martin, 2-3 Willow Warbler, 1 Chiffchaff, 1 Garden Warbler on Corvo and a Spotted Flycatcher (a first for the Azores) on the neighbouring island of Flores.
However American birds are still being found/pinned down on Corvo- more later.
Posted by Peter Alfrey at 11:06