Got a phone call from Roger this morning that there were 9 Spoonbill on the North Lake so I did a U-turn on my way to Oxford. When I got to the lake we could see there were more than 9 but the flock was hidden behind the island. We waited for other birders to arrive and then as the torrential rain started to ease we made our way through the thick undergrowth on the west side of the lake to try and get some pics. They were still difficult to see through the trees but I counted 18 of them before suddenly they decided to take off and fly off south, where the two Steves in the hide managed to count 19 of them. Surely the same 19 birds that had flown west over Stetchworth Ley in Cambridgeshire yesterday.

So despite there being 19 massive white birds actually on the deck we failed to get any decent pictures, in fact Roger didn't even see the whole flock, because we couldn't see anything through the trees we were hiding in when they flew. Overall I think we deserve an award for most pathetic local patchers performance of the year- failing to get a decent record shot of 19 Spoonbills on the deck for over an hour and the finder not actually seeing the birds he actually found.

While we were on the Spoonbills news was coming in of large numbers of Skuas moving up the Swale and in the Thames with birds in as far as Rainham. So I postponed the journey to Oxford and we did a four stake out waiting for some skua action. Another fail. Some guy down the road in Worcester Park performed better with a Gannet over his garden. We did have a passage of Lesser Black-backed Gulls (150 S) that started after the rain stopped, a movement of House Martins (200 S),  30+ Meadow Pipit s and 1 Wheatear.

So final fail of the day was trying to connect with some skuas on the way to Oxford so I stopped off at Staines and did a stake out with Franco. 4 Black Tern, 16 Common Tern, 1 Greenshank and 1 Common Sandpiper was our lot. Franco had already got lucky earlier with finding 3 Bonxie's at Queen Mary's. 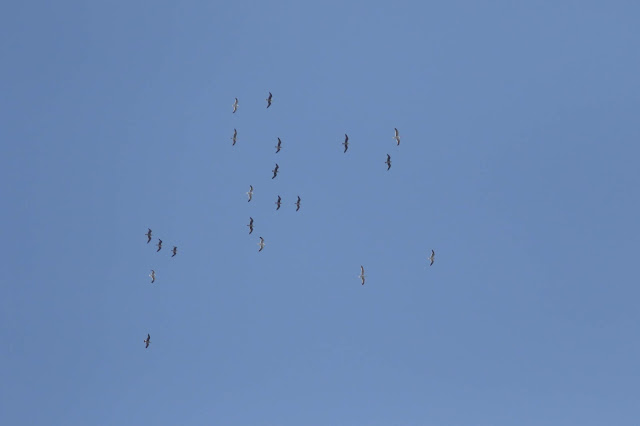 Lesser Black-backed Gulls on the move. We had 150 flying south in small groups, relatively high. A regular migration event this time of year at Beddington. 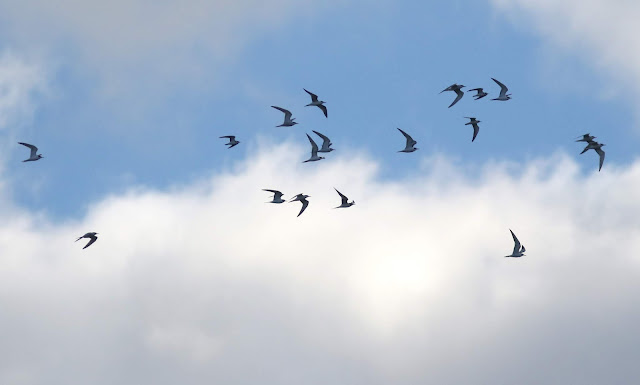 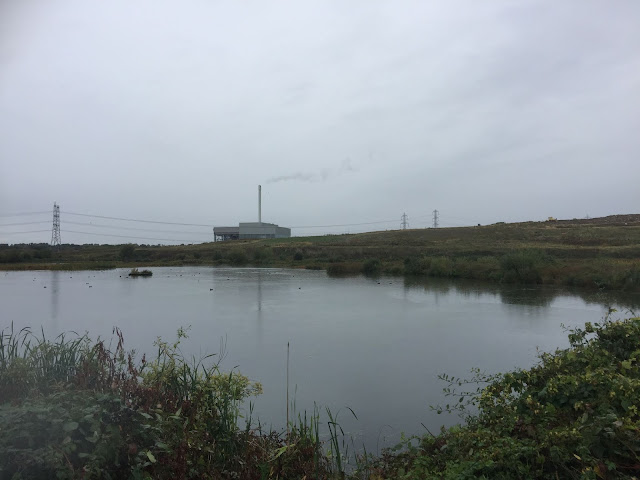 They fired up the Incinerator this weekend for the first time. It's actually like a giant wind sock- makes it a lot easier to see which way the wind is blowing now
Posted by Peter Alfrey at 13:53

Stake out at home in Wallington was useless as well nothing interesting except another couple of Yellow Wagtail. No skua or gannet...

Stuff moving today too Arjun- Bonxie over Leith Hill and 4 Gannets past Rainham and over the city. Lindo is spot on today- Look Up !