Was planning on taking some time off this week to do some birding and rarity hunting. Trying to work out where to focus effort. Here's some weather maps, jet stream chart, radar prediction and archived data to help with that. Of course the problem with weather forecasts is they can change quickly so the further into the forecast the less any confidence. Conclusion at the end.

With clear skies across the country and that light north westerly winds- this is perfect conditions for all those seabirds that have been disorientated over the past days to replenish reserves and re-orientate. Already Gannets over London and Great Skua over Surrey today so not a bad idea to check inland reservoirs.

Tomorrow looking rather uninspiring but with calm sunny conditions over the south of UK and an easterly air flow to the south , might be good for pushing some euro-scarcities to the places like Scilly and other southern sites. Might be good to try somewhere like Beachy Head, Portland, Kent etc. Might still be some seabirds re-orientating too. With westerlies over most of the North Sea wouldn't expect large numbers of drift migrants but with calmer conditions across part of the area could be a window for more local movements across the southern North Sea. Radar chart below isn't predicting much activity over next couple of days.

Wednesday looking similar to day before but with an increasing barrier to drift migrants across the North Sea but still calmer conditions in the South- so again more chance of passerine activity in the south. A bit of fog or some isolated coastal cloud would be useful to concentrate anything. Winds getting strong enough again for seawatching potential across the west of the country and with westerlies across the North Atlantic- maybe a chance for a yank in the Northern Isles region. However the westerly airflow is pretty weak so chances of that not high. With that light south easterly airflow Scilly could throw up something interesting. I'd stick myself somewhere on the south coast.

Friday- getting light winds across the north sea and then easterflies lower down- again without frontal systems a lot migrants will be just flying high over and may not be concentrating.

Saturday- high pressure and easterlies across Central and Southern Europe- again extreme vagrants traps like Scilly generally best places to be in those conditions. 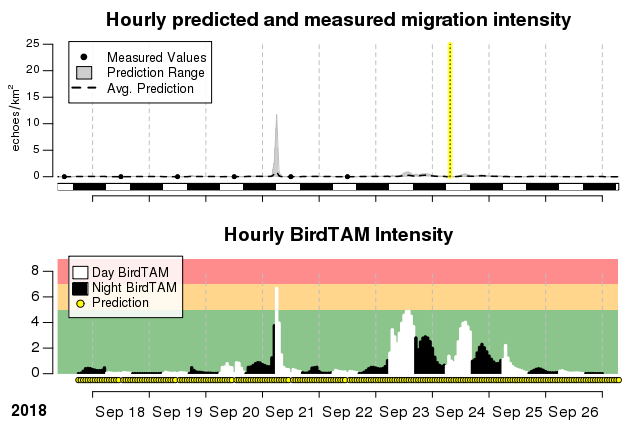 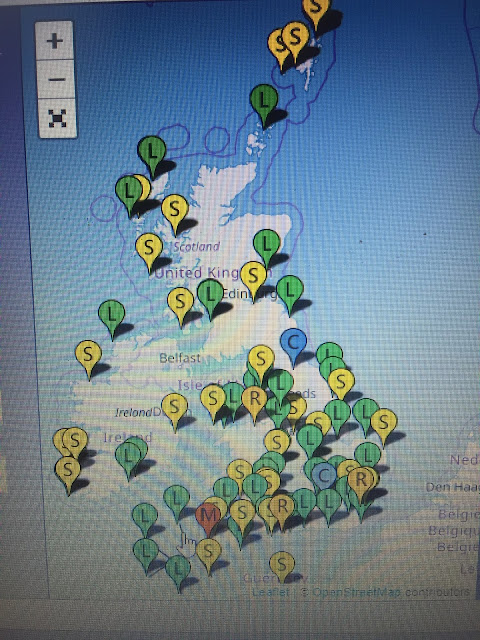 Excuse the graphic but hopefully the links work below (if you're a subscriber) to archived rarity data from Birdguides in this week over the last few years to check for what to expect where. If you view this blog in web version rather than phone version there's also a link of Bird Observatories and blogs that give day to day updates of migration at various strategic sites (as opposed to rarities and birding tourism which Birdguides focuses on). There are also links to other migration resources such as Trektellen. All useful tools in trying to predict where things are happening and/or are about to happen.
2017 Live link
2016 Live Link
2015 Live Link

PLAN:
Monday: Considering I'm in Oxford I'll do Farmoor later
Tuesday: Considering the high uncertainty about this, might wait around to see if stuff starts turning up on South Coast sites. Might twitch something- maybe the Pallid Harrier if still around while waiting
Wednesday: Will move to South Coast if any signs.
Thursday/Friday: Tough one- if nothing to respond to occurring will cancel my days off work and take them off next week and hope for some stronger patterns
Posted by Peter Alfrey at 02:18