Very sad to be told today that there will be greatly restricted public access to Oakley Airfield with immediate effect. Security guards with dogs are enforcing the new rules as work begins to develop the site into an autonomous vehicle testing site.

The ecological consultant recommendations include the aim to achieve 10% net biodiversity gain and a series of habitats to be created in order to mitigate the impacts of the development.

Personally I think this is quite ambitious and there are some very significant factors that need to be taken into account (some which are not included the EIA) . I have pooled my records for Oakley Airfield into a wider Worminghall area Ebird Hotspot HERE. Blog posts and additional local biodiversity surveys adjacent to the airfield can be found HERE. Significant observations include the following:

a) Breeding/summering records of populations of Yellow Wagtails (up to 11, with singing males HERE) and Wheatear (up to 11 but mostly migrating through HERE ) (the Yellow Wagtails and Wheatears were not mentioned by the site ecologists), in addition to Corn Buntings, Grey Partridge, Yellowhammers, Meadow Pipits, Reed Buntings  and up to 30 Skylarks (mostly singing males HERE ).

b) Wintering population of up to 700 Golden Plover HERE  and 130 Skylarks HERE with wintering Merlin and Peregrines. Also large numbers of winter thrushes.

d) Rarities and scarce migrants (more of a birding interest) - in the last year I have found Dotterel, Firecrest, Greenland Wheatear and Black Redstart

Trying to achieve net biodiversity gain and  maintain a population of 700 wintering Golden Plover, 30 pairs of Skylarks, breeding Yellow Wagtails, Corn Buntings, Grey Partridges and all the other birds up there is probably going to be impossible when you consider the scale of the development and the likely impact on the current open extensive habitat which makes the site so special for wildlife- but I guess time will tell.

Never comfortable to read through Ecological Assessments though and see some major aspects missing which are so easy to find by just doing some simple searches on line. Just hope the winter bird surveys are better than the breeding bird surveys. Fingers crossed! 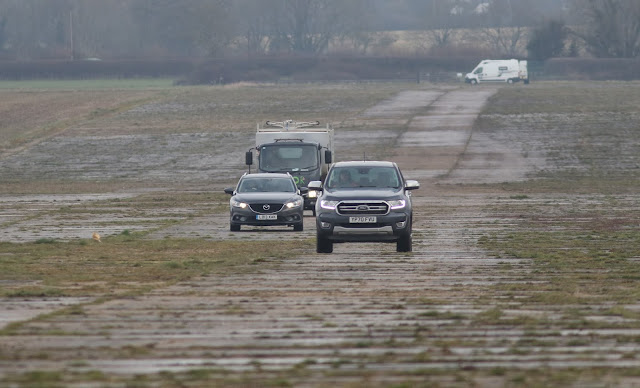 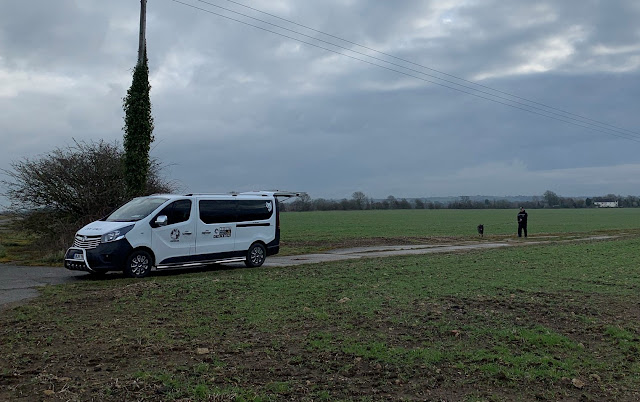 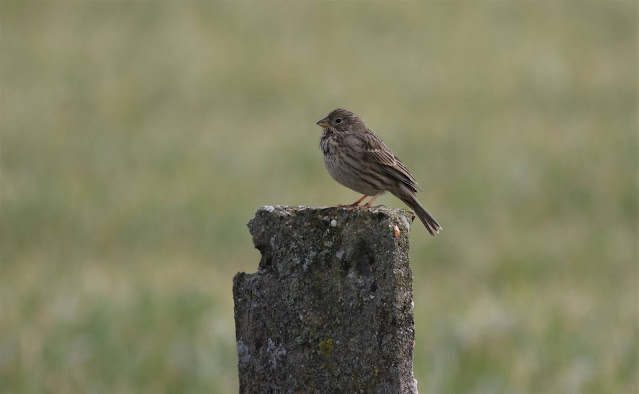 Corn Buntings back - the first time I have seen them this year, singing and holding territories . Ebird list from today HERE.
The future of Oakley Airfield (above) and the recent past (below) 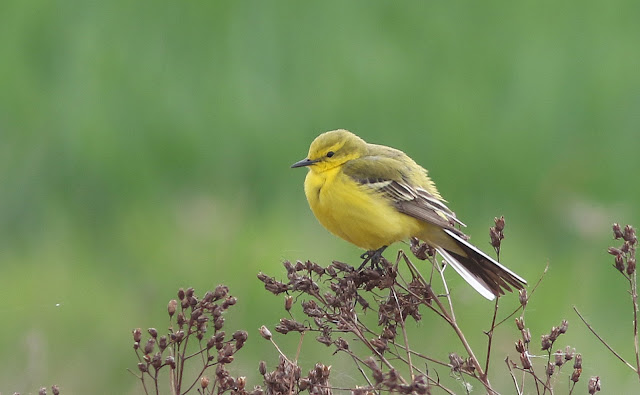 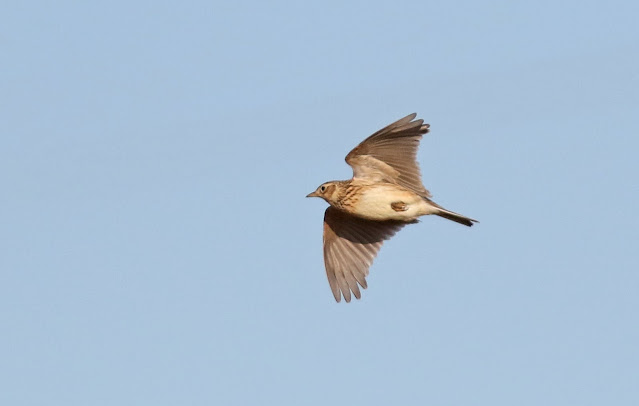 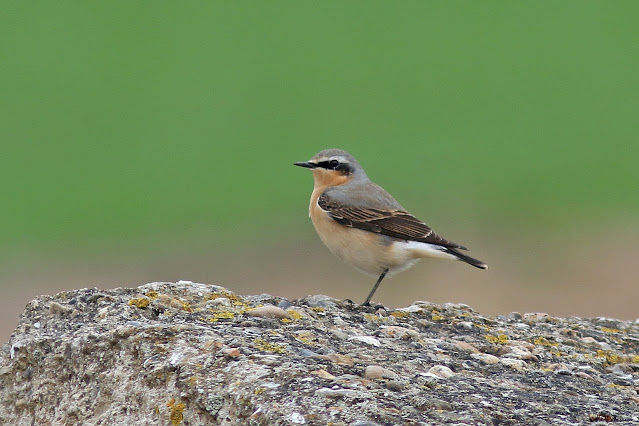 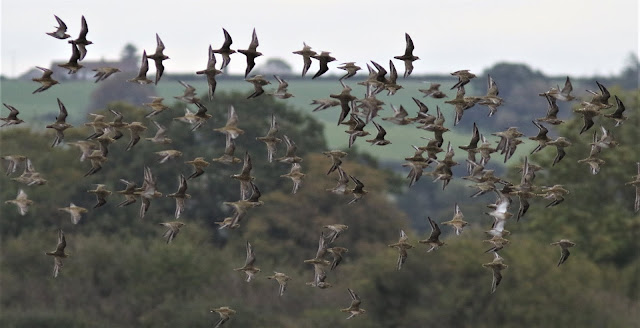 Up to 700 Golden Plover wintered on the airfield this winter

Flocks of Grey Partridge are present 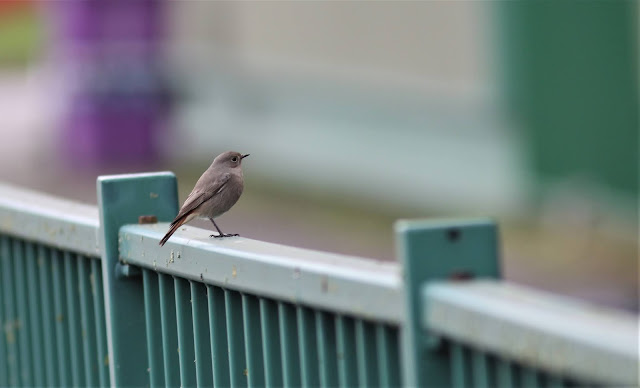 This Black Redstart was a nice winter surprise 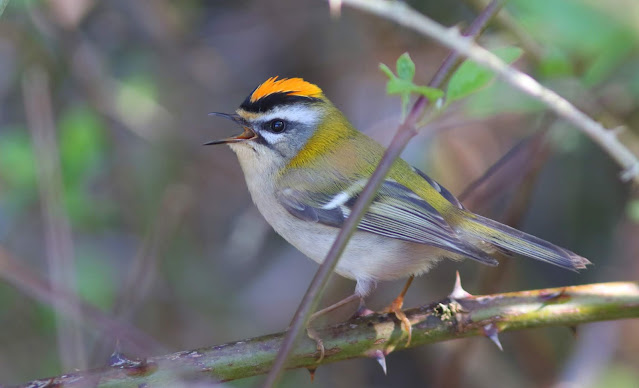 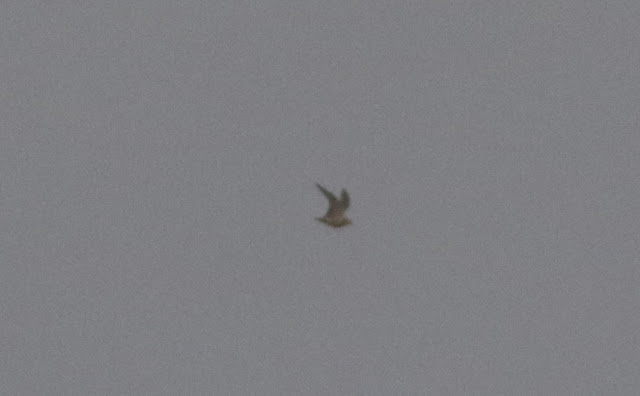 The rarest bird I've found is this Dotterel

The most Brown Hares I've seen are 15. Also had Chinese Water Deer and Muntjac.

Oakley Airfield - certainly the best agro-ecosystem in this area with farmland birds which have declined drastically nationally are present in significant numbers. Concerning to strongly suspect that one of the last remaining bird rich agricultural environments is likely to suffer significant net biodiversity loss despite the current planning framework reforms and policies which set out to prevent this kind of loss. Ecological consultants doing a few simple searches on Ebird and the internet could help to ensure that all available data is being used in creating accurate baselines.
Posted by Peter Alfrey at 15:12