Another relatively quiet week on the London shift, it was busy at work so didn't get out in the field much apart from keeping an eye out the window and a night walk with Gillian to Beddington Park- the Little Owl was 'singing' again, (a scops-like single soft hoot).

The 'guys' were noticing spring unfolding at the farmlands with Brimstone and Small Tortoiseshell on the wing and I had the first Common Quakers and March moths in the moth trap. The blossoms on ornamental plums also came out in the last couple of days at work and the early bulbs are also springing up. The first summer migrant birds were reported across the country, in the very mild and sunny conditions (a stark contrast to a week or so ago).

Quite a poignant week as hopefully I move towards a new chapter in life as we put the London flat (the Beddington obs) on the market this week - with the hope of selling up, cashing in and getting ready to buy a new house with land (to create a mini-nature reserve) and finally all live at one place as a family (it's been great living in two places but Jacob goes to school in September so we need to settle somewhere). 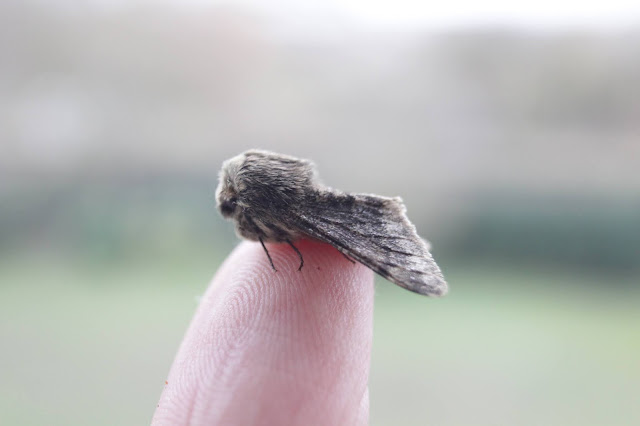 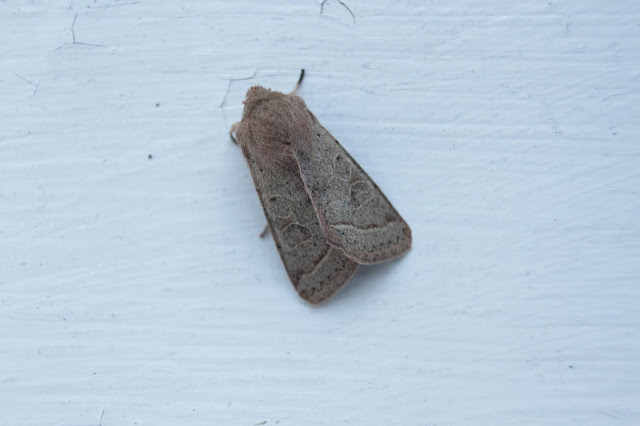 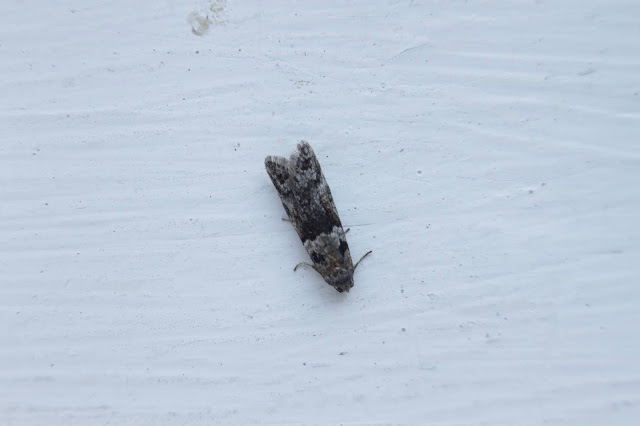 Winter Shade, Tortricodes alternella - a particularly well marked one. Up to three in the trap this week. Also up to 8 Agonopterix Alstromeriania 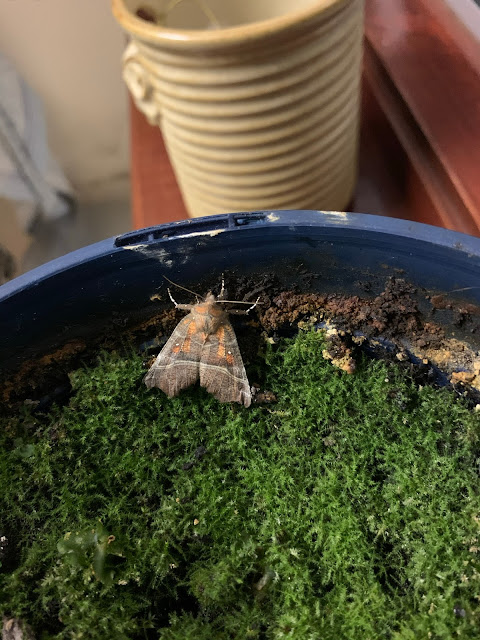 Herald- been hibernating at my mum's house and been stirring recently
Posted by Peter Alfrey at 18:25