A hectic few days during this heatwave. 86 species of moth last night alone and well over 100 this week. The Beddington moth year list is now on 283, two away from the all time record.

I've been running the MV trap at the obs and also an additional actinic Heath trap which was situated next to the oaks on Biker's field.

Tawny Owls were calling outside the obs on Thursday evening, there were Green and Common Sandpipers calling yesterday at dusk presumably preparing for migration and the bushes are now peppered with calling Chiffchaffs. There's been just under 100 Swifts also in the evening- numbers are now falling from highs of 500+ in the spring/summer.

What looked like Purple Hairstreaks were flying at the top of the Mitcham Common oaks. 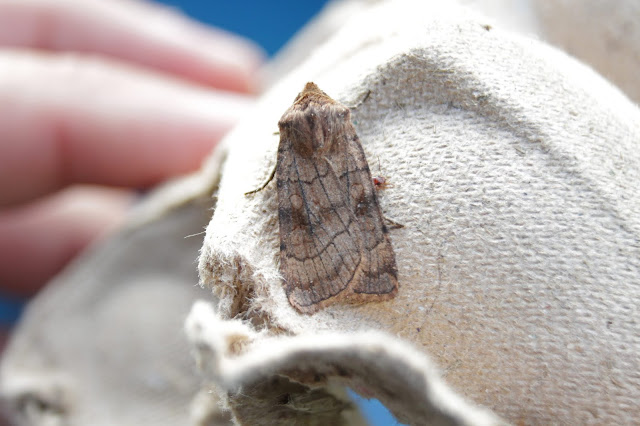 Six-stripe Rustic - a new for year 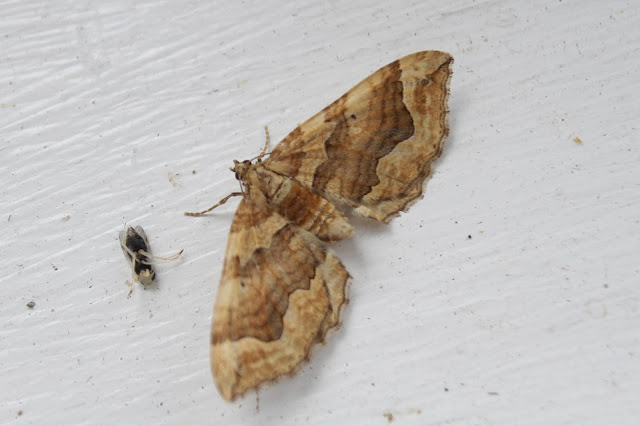 Dark Spinach- a new for year 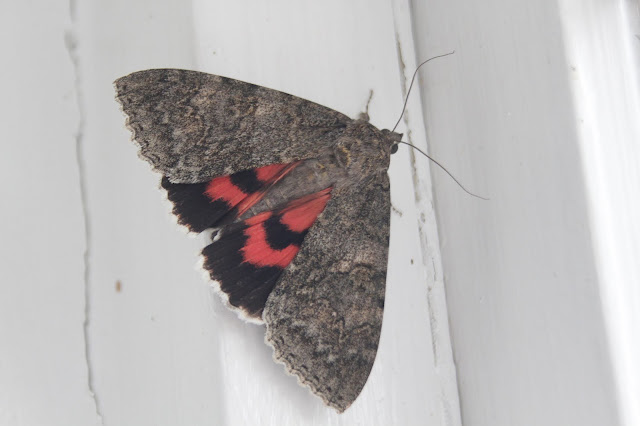 Red Underwing - a new for year 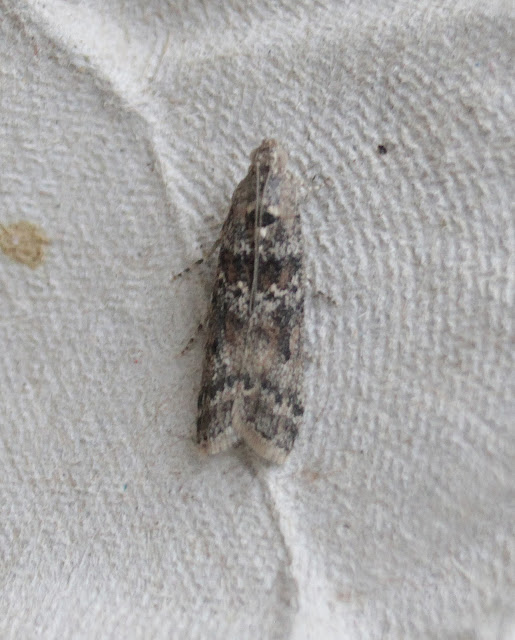 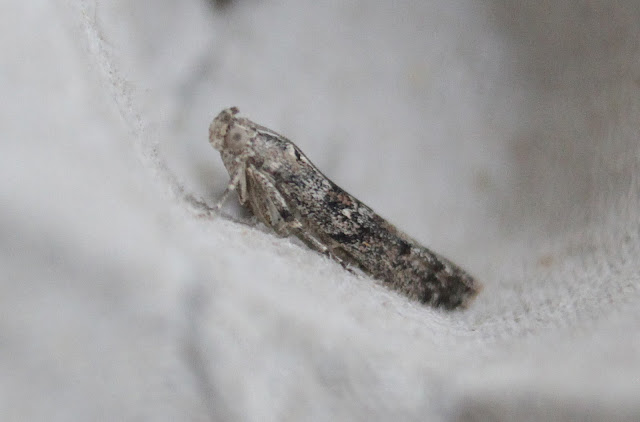 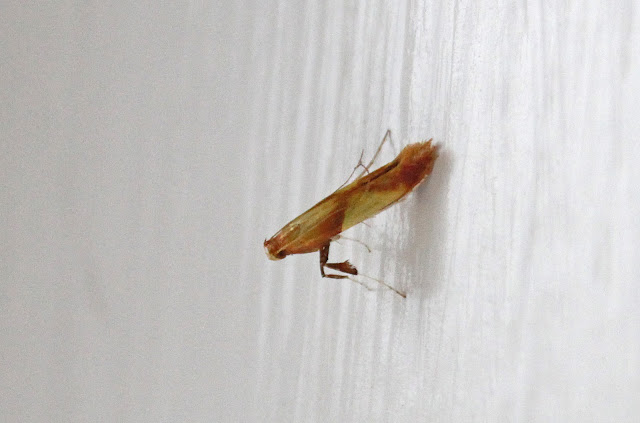 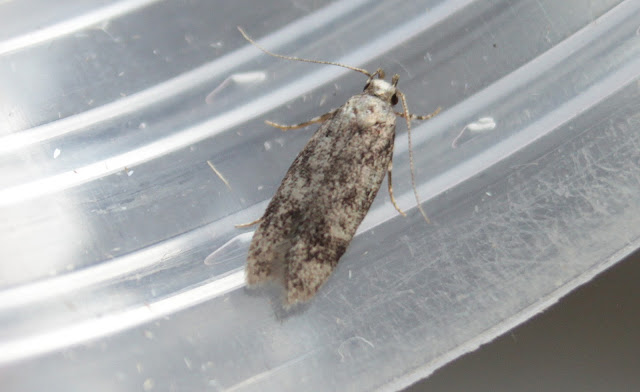 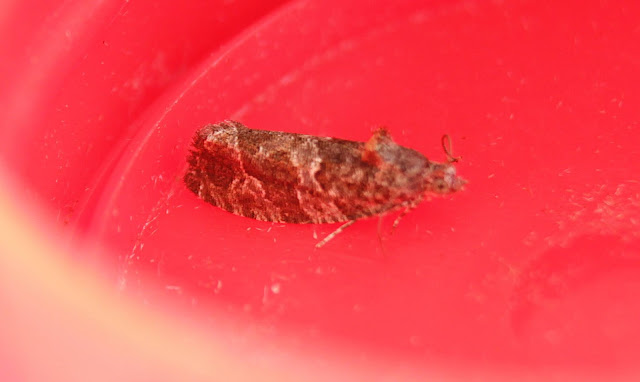 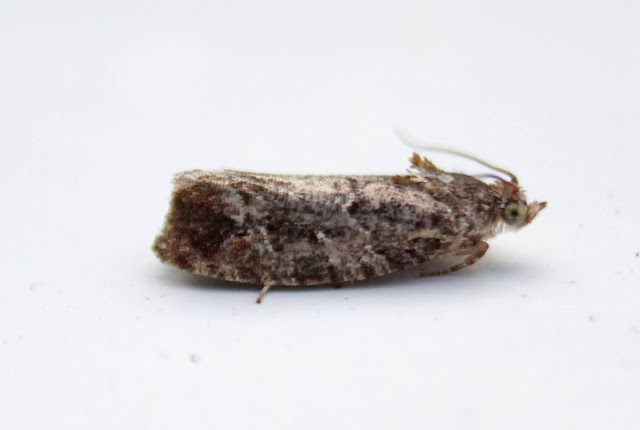 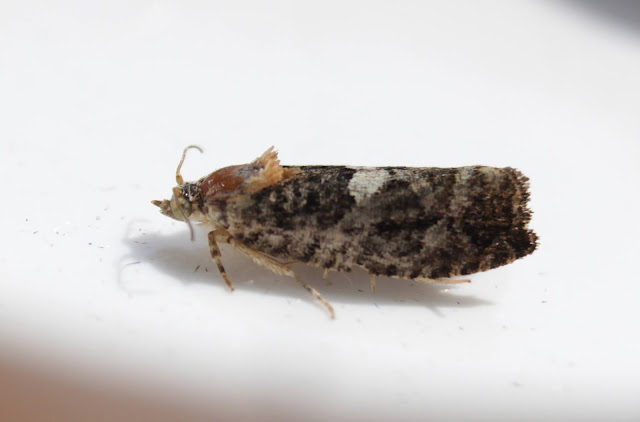 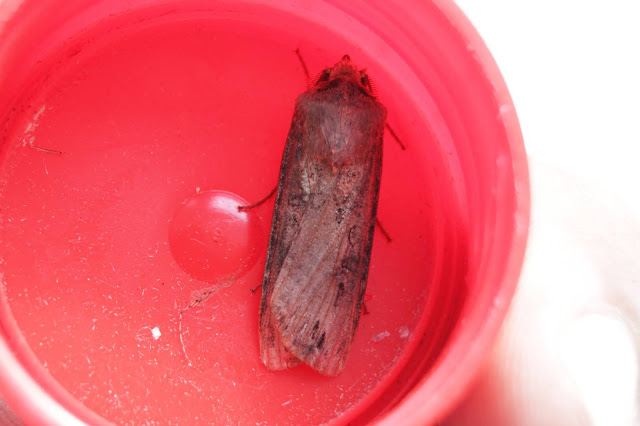 No mega migrants unfortunately but have had 3 Rusty-dot Pearl (below), 1 Diamond-back Moth, Silver-Y and Dark Sword Grass (above) in last couple of days. Also quite a few Turnips and White-points which may also be migrants. 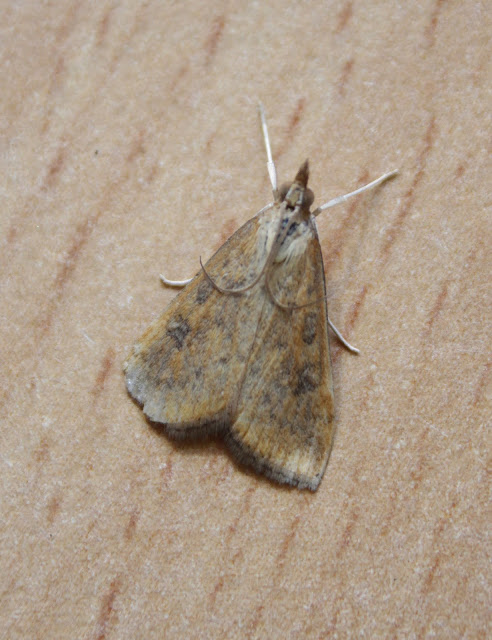 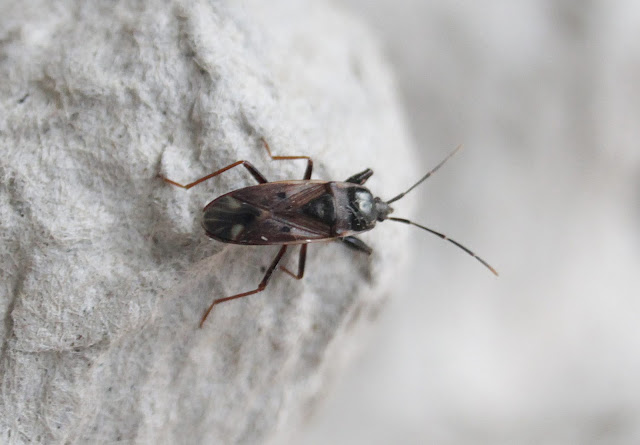 Not just been moths in the traps- also very large numbers of beetles including lots of water boatmen and diving beetles (below) , the odd true bug (above), soldier flies, a Lesser Stag Beetle, Lacewings, Caddisflies and midges and mosquitoes etc 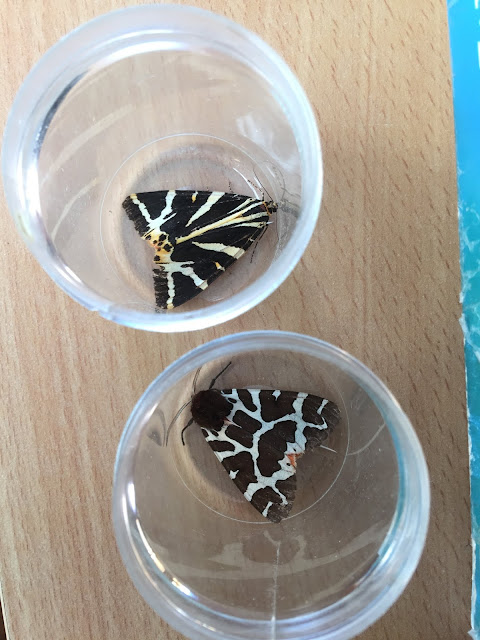 Garden and Jersey Tiger. The first Garden Tiger of the year. Up to 30 Jersey Tigers between both traps and in the field last night.
Posted by Peter Alfrey at 10:05

The true bug in your photo is Eremocoris fenestratus, an interesting species which was thought to be extinct but has now reappeared in many places in London.

Thanks Tristan- very interesting- thanks again!