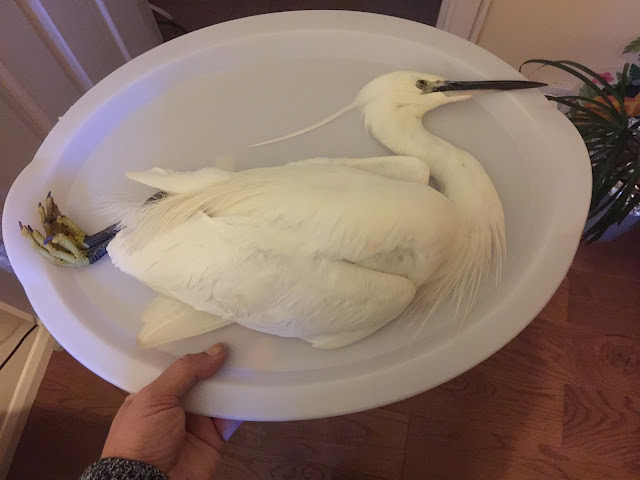 Update: Following the report of two Little Egrets found dead along Wandle Bank in the last week or so other reports have come in regarding further dead birds in the Beddington Park area including Grey Heron, Coot and even a Green Woodpecker. Recently a Canada Goose was taken into care from Beddington Park and a large ball bearing was removed from the bird. The examination of one of the dead Little Egrets also confirmed by a vet that the likely cause of death was injuries caused by blunt force trauma.

There have been reports from the cluster area of men/boys with catapults and one witness described a man wading in the river to retrieve and hide one of the Little Egrets.

This cluster of incidences has been reported to the Police and RSPB Investigation. The public are requested to look out for the culprits of these illegal killings and report any suspicious activity to the police.

There's always a illegal killing of the birds and in my opinion, for the pet parents out there, we must be more responsible for the exotic pets. In the animal veterinarian near us, there's a lot of injured birds this past few days.