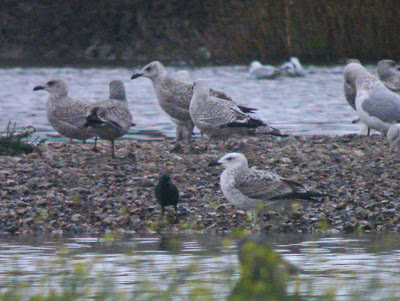 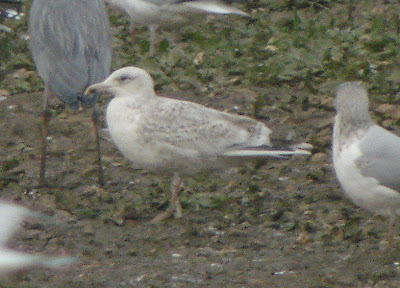 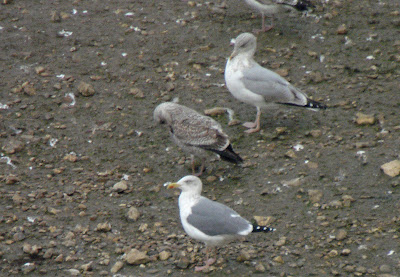 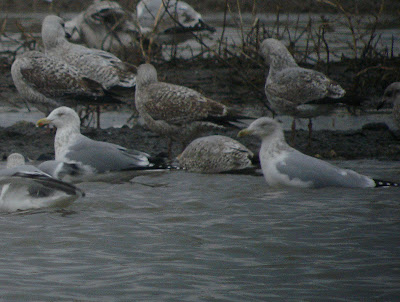 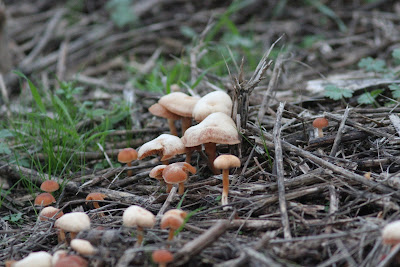 As yet un-identified mushrooms (above and below) 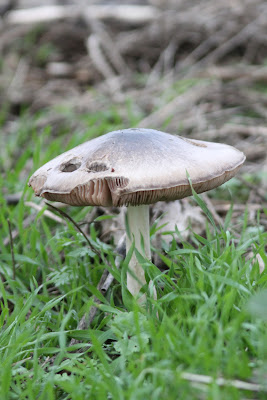 It was really miserable weather again (hence the terrible photos). Did a bit of gulling (see above) and found some mushrooms growing on the side of the mound. 6 Wigeon around now which is an increase on 3 since the weekend. 4 Snipe from the Southern Lake.
Posted by Peter Alfrey at 09:27