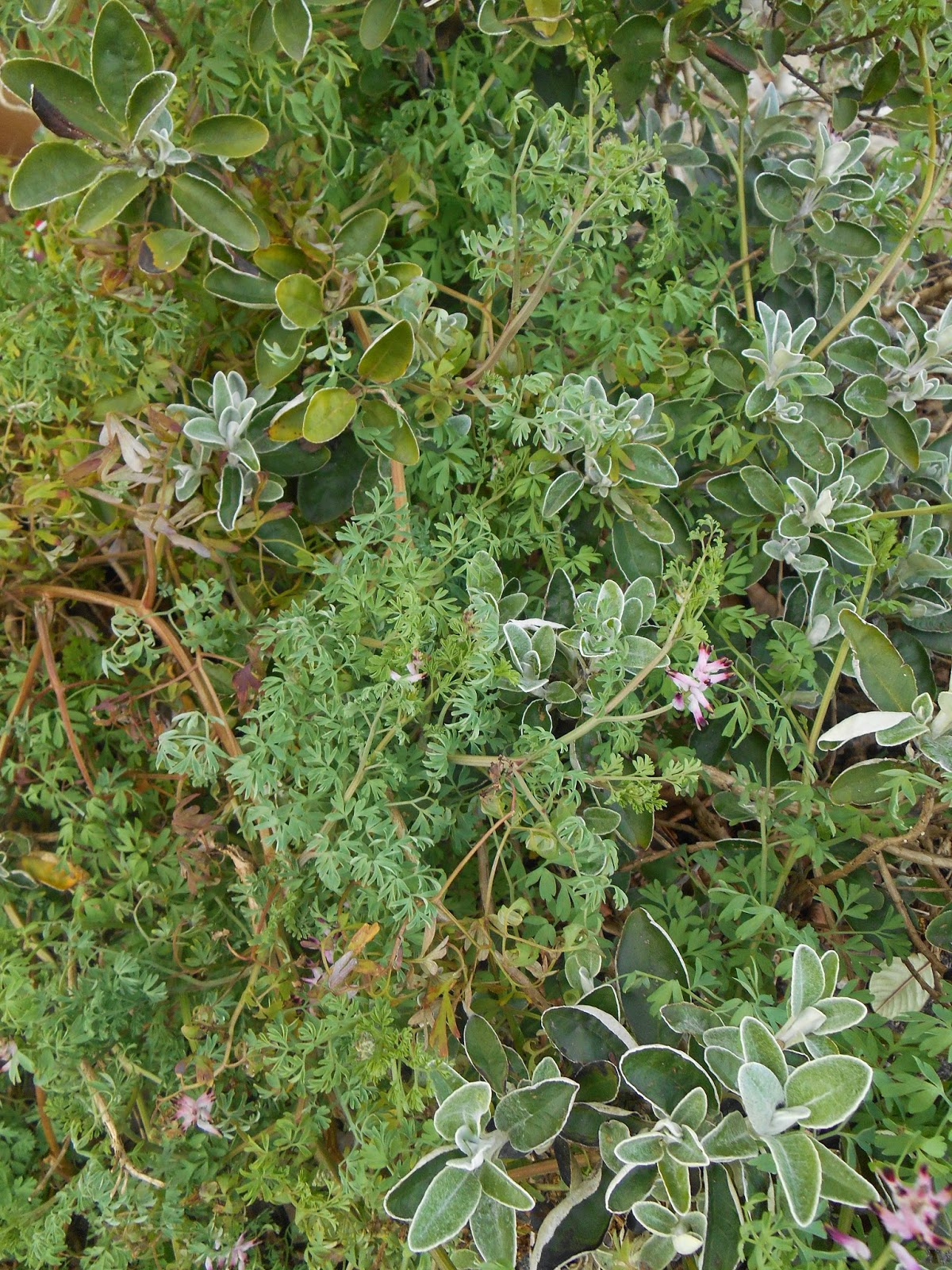 Recently identified this plant as Common Fumitory (growing amongst Senecio sp). Thanks to Gareth Knass it's been re-identified as a new site species Common Ramping Fumitory (so I almost got it right? :-/). Gareth says: Looks like Common Ramping Fumitory Fumaria muralis (probably ssp. boraei) rather than Common Fumitory F. officinalis.  Ramping fumitories are generally scarcer and very scattered locally in South East England than Common Fumitory, which can be an extremely abundant arable weed, especially in calcareous areas.  So definitely more interesting than Common Fumitory.  In parts of the west, eg Cornwall it is sometimes other way round.The ramping fumitories are bigger plants and do scramble over walls, other vegetation etc.  The 'non-ramping' Fumitories are low growing ground hugging.