A couple of Beddington gulls

I also did some scoring of recent Caspian Gulls at Beddington using British Birds scoring system HERE. The non-classic first winter that has been around for a while HERE came out with a score of 21- just on the line of an acceptable Caspian. Interestingly as I was scoring the bird and going through the paper it was interesting to confirm that the dark mask and head and body streaking and the dark triangles in the scapulars were at the variation limit of pure Caspian, and not necessarily indicative of hybridisation although the bird was right on the line. 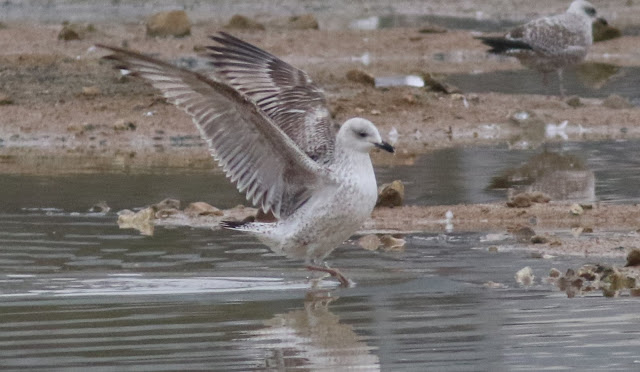 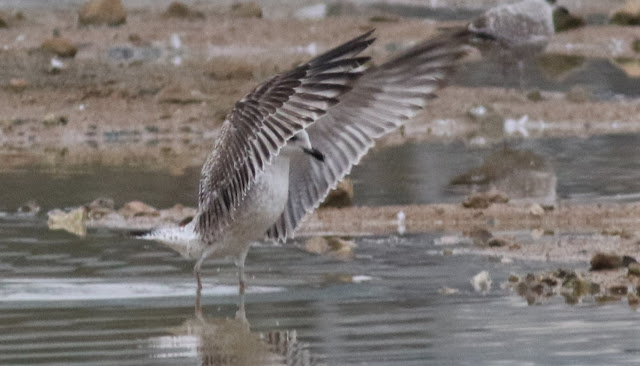 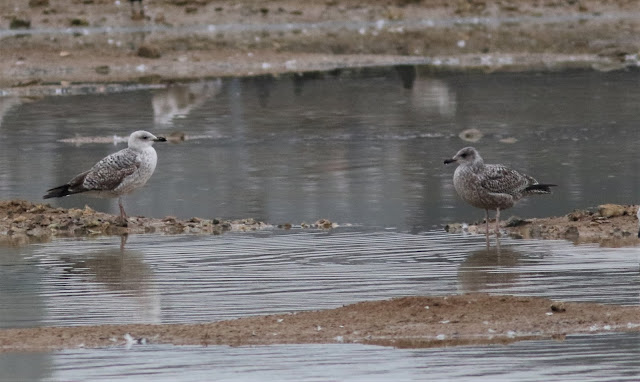 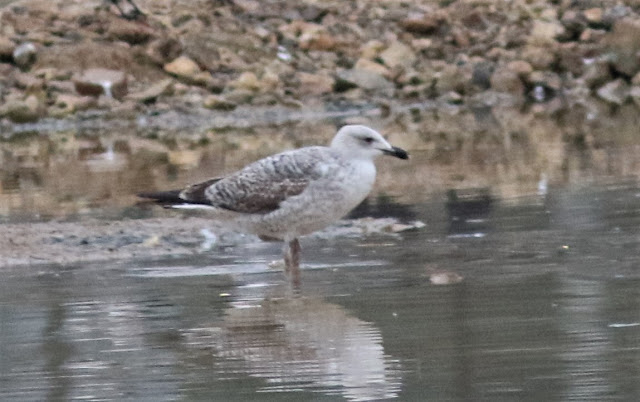 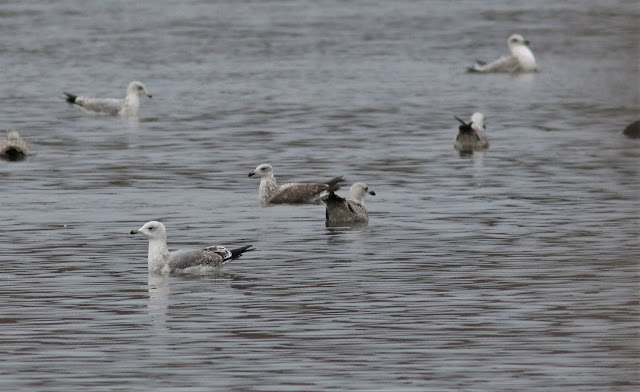 Another Yellow-legged Gull candidate, a second-winter bird
Posted by Peter Alfrey at 20:21