Found this beauty today at the farmlands. The first one at Beddington since 1970 (nearly a half century ago). Previous records are a spring bird from April 17th-18th 1958 and two autumn birds together from October 23rd-24th 1970 with one present until 26th.

Wheatley (2007) lists 4 records (not including the early C19th birds see below) for the Surrey Vice County (with a further 2 in Spelthorne) with the last one at Barn Elms in 1994. Self (2014) lists 29 records for London, also noting that the first record of Richard's Pipit for the UK was from Kings Cross in 1812 with several records of taken birds in 1831 and 1836 in London including one from Tooting Common. According to Self the last record in London was 2008 (Spring birds at Rainham and Crossness). Of the London records 10 are from the Spring and there was also a winter bird at Staines Moor on December 11th 2004.

There have also been 2 records of Tawny Pipit (involving 3 birds) at Beddington (with a further 2 un-submitted records). However Tawny Pipit is much rarer in London with only 9 records according to Self (2014).

Richard's Pipit breeds in Siberia, Mongolia and China and generally winters in Southeast Asia. One of the more regular sibes to Europe with small wintering populations in Spain, Italy, Israel, Turkey and Arabia (Shirihai and Svensson 2018) 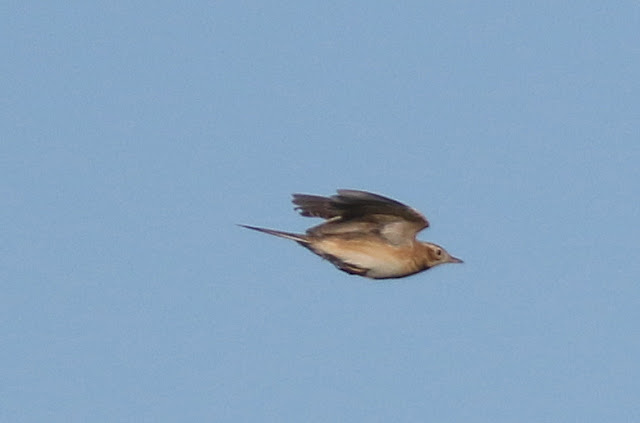 In a WP context , the confusing species are Blyth's Pipit and Tawny Pipit. The size, structure strong bill and streaking restricted to breast is obvious- a large pipit . Structurally the bird is like a cross between Skylark and a Wagtail.  The lores appear pale (cf Tawny Pipit). The supercilium is strong and extends well behind the eye (a supporting feature of Richard's vs Blyth's). 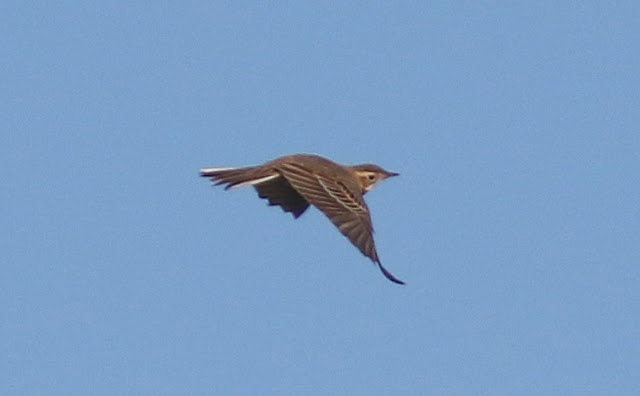 It certainly looks like a fresh bird with clear contrasting tips to the greater coverts. The clear definition suggests a first-winter bird. 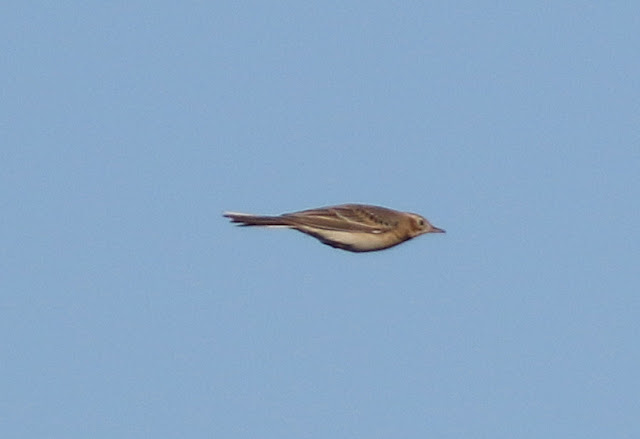 Another flight shot showing the pale lores . In Tawny Pipit the lores would be darker. The pattern of the median coverts is not high resolution enough to test one of the most well known features of Richard's vs Blyth's (the more square centred first-winter media coverts of Blyth's). 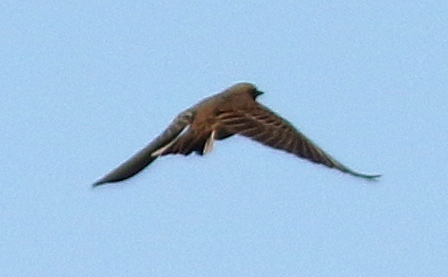 In flight T6 appears all white with a wedge on T5. Extensive white on the outer rectrices is a supporting feature agaisnt Blyth's Pipit. 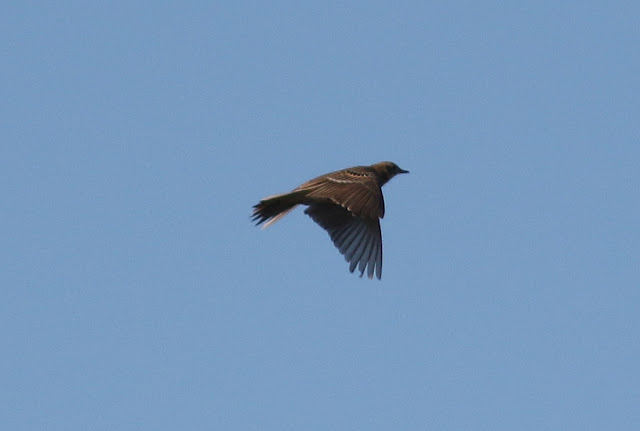 The bird characteristically hovered in flight. Blyth's are less prone to this behaviour. 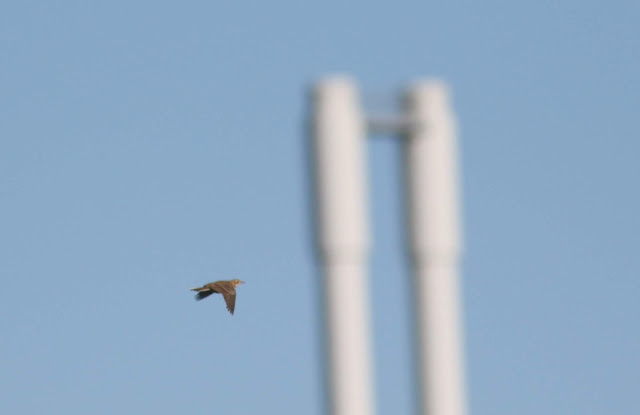 Richard's Pipit and the Incinerator

Single call- in a bird in flight the best identification feature will be the call. The call here has the typical sparrow like quality of Richards. Compare Blyth's and Tawny below.

Blyth's Pipit for comparison
Posted by Peter Alfrey at 17:55

I'm happy with that- not easy finding a sibe in Surrey!