Devil and Magnus found a Twite today at Beddington- only the second site record - the first record was in 1991. It is also the first Surrey record since 2004.

A Beddington lifer for me, my 221st Beddington bird so basically a great day and work went out the window! Great find by Devil and Magnus.

We know the bird is of the race C.f.pipilans (overall darker than the nominate race) as the bird was colour-ringed and the ring configuration of pink over silver on the left leg and pink over red on the right leg has been confirmed as originating from the South Pennines ringing project run by Jamie Dunning.

Across the Western Palearctic there are two distinct populations. One of the populations is in Britain and Ireland (C.f. pipilans) and Norway  (nominate flavirostris) and the other population is in south-east Europe and Volga-Ural steppe (brevirostris and kirghizorum respectively) (BWP) . Globally there are five additional races across Asia (HBW). 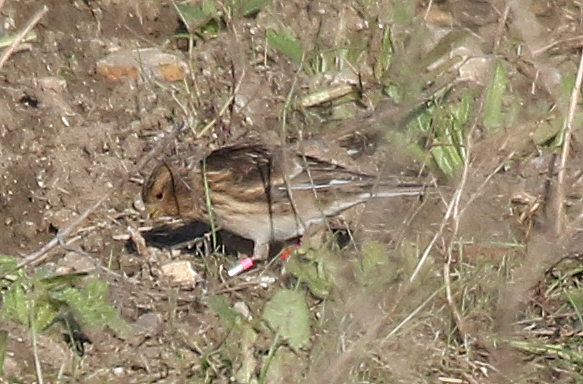 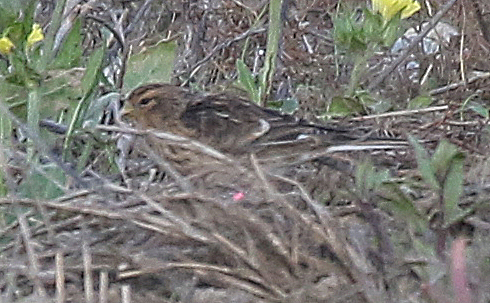 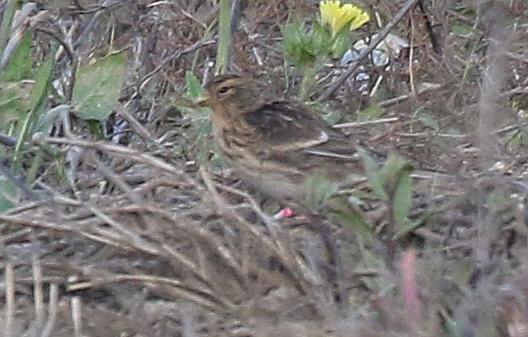 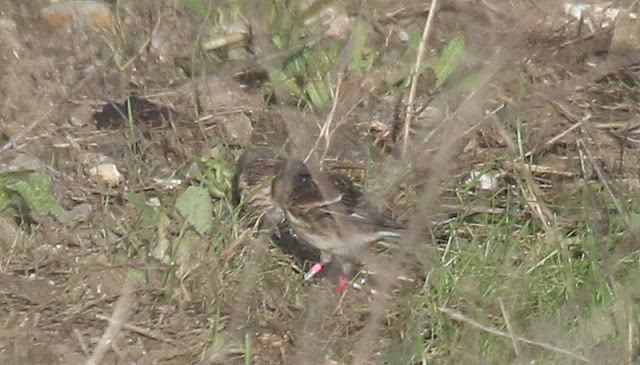 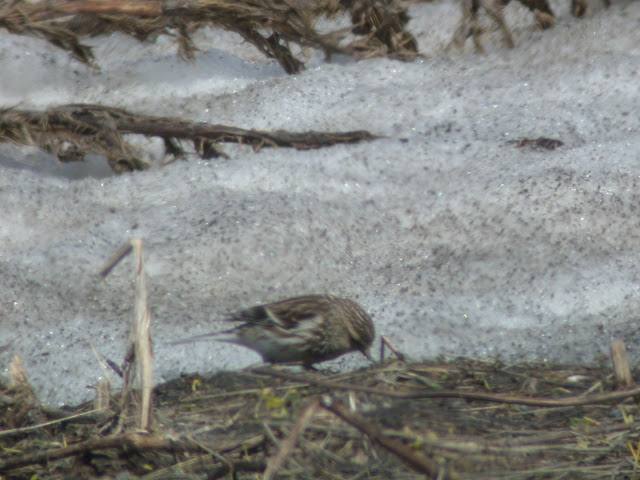 Here's a Twite from Georgia (former USSR) from a visit in 2003, of the race brevirostris. The racial variation of Twite is mainly ground colour variation with the European populations being much darker than the eastern populations.
Posted by Peter Alfrey at 07:36

Did it leave Peter or is it hanging around?
A bloody good find anyhow!

Looks pretty settled. It's in with the linnets.

I hope it stays a long time...
Until I next visit in January or jebruary or sometime

It might do The bird was ringed in 2016 in Derbyshire and was seen at Titchwell RSPB in Norfolk last winter so its probably not planning to go very far. Might move on to the coast where they usually prefer but will see.