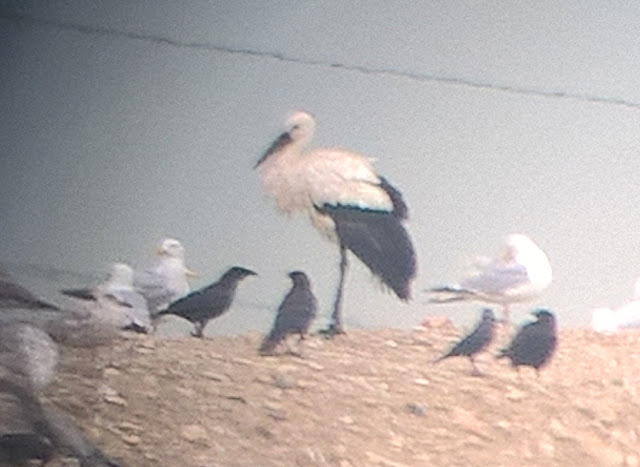 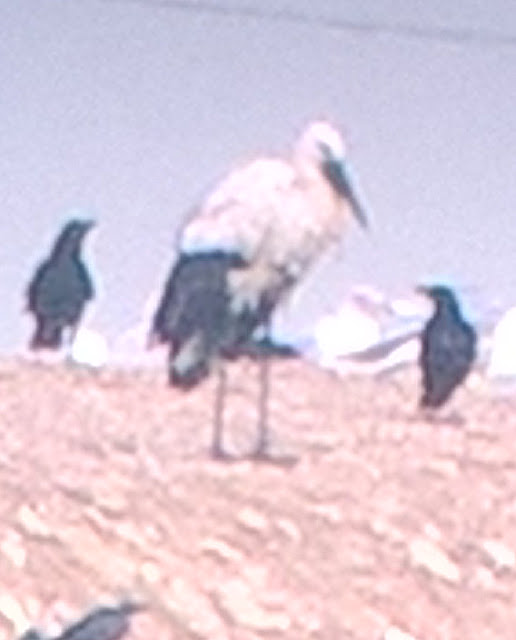 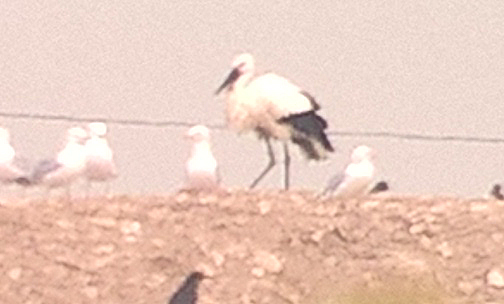 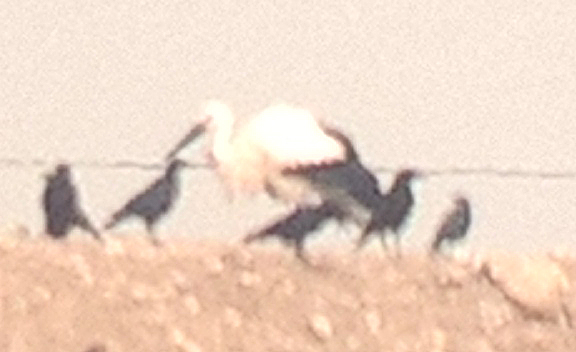 This 'White Stork' was in with the gulls at the farmlands at about 1230pm today for about an hour before it disappeared. Presumably the same bird was the one reported circling Heathrow at 3pm. The bird was ringed with a white flag on the bottom of the tarsus on one leg and a bluish looking ring on the tarsus on the other leg. It looked 'strange' with apparent black bill and legs. Maybe an escaped Oriental White Stork . Also in some images looks like there is some white in the wing? Maybe a soiled White Stork or just the dodgy pics? My 400m lens fell apart last week so the photos were phone scoped.

European White Storks in Bulgaria a couple of weeks ago. The reddish bare parts are needless to say obvious. Also they look slighter? 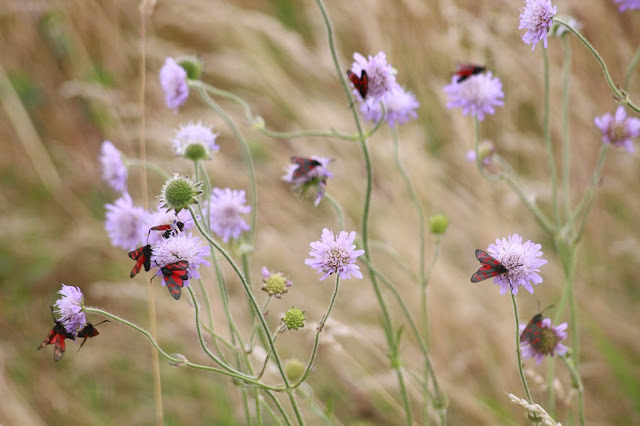 About 50+ Six-spot Burnets up on the mound mainly on the Field Scabious. 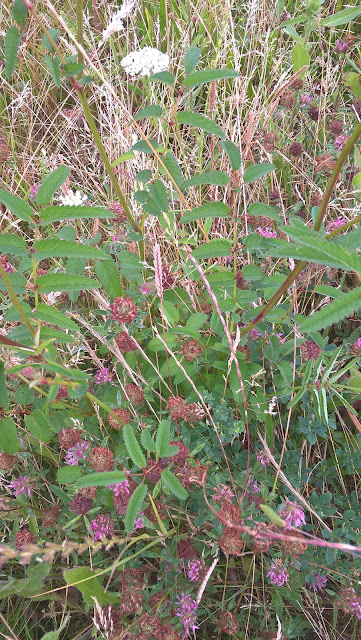 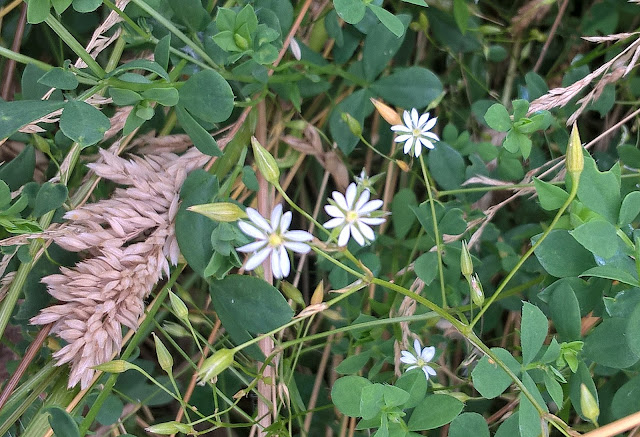 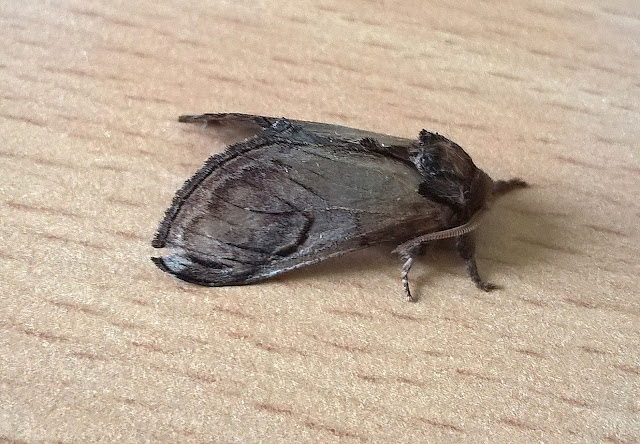 Peter,
Looks good for Oriental White Stork, currently in Japan & Korea there is a re-introduction scheme with many colour ringed birds. If you contact Dr Yoshito Ohsako at yosako@stork.u-hyogu.ac.jp I am sure they will let you know if it is one of their birds, you never know stranger things have happened!
Send me your e-mail address and I'll send you a photo of a bird I saw this Summer.
Gordon

Hi Gordon,
It certainly looks odd with the apparent black bill and legs.
What about the black legs?- can Oriental have black legs?
I've just been looking through the photos of White Stork on IBC and looks like plenty of birds have degrees of white/pale webs to the remiges so the very limited white visible on this bird is nothing to worry about for White Stork I presume. Juvenile (in the nest) White Storks have black bills but still doesn't explain the apparent black legs. The possibility of soiling remains??