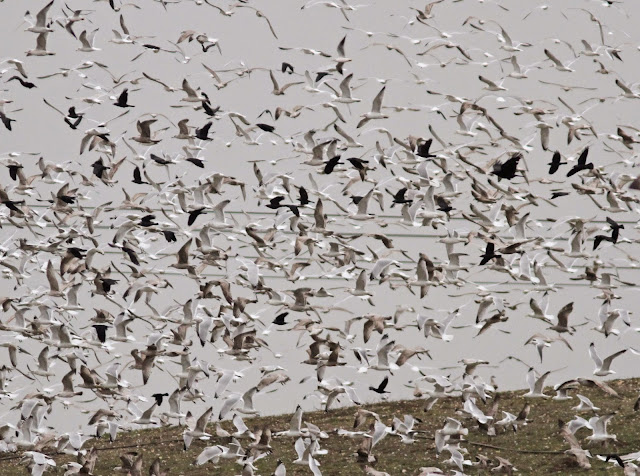 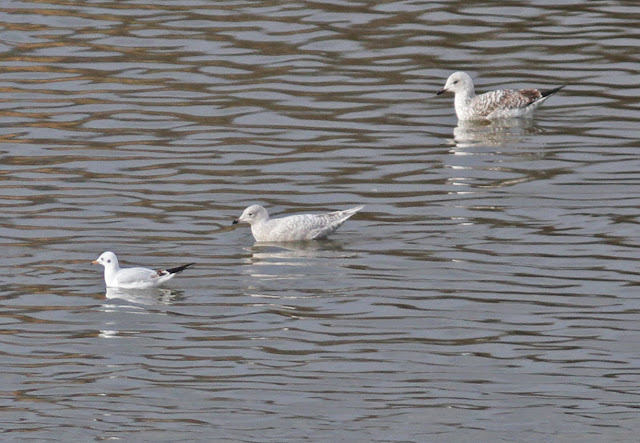 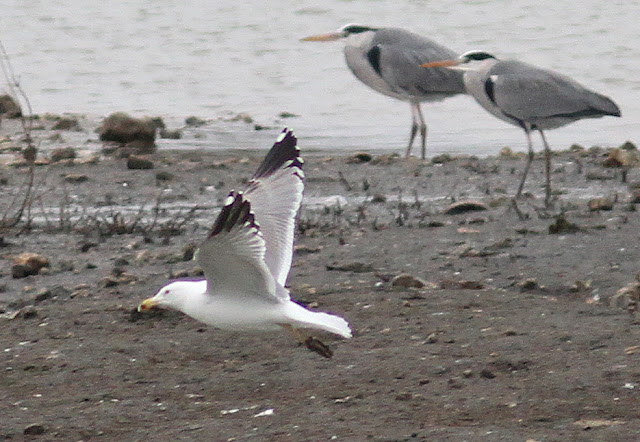 Sub-adult 'Yellow-legged Gull'. Quite a snouty bird which gives a Caspian impression sometimes. It's been around for a few weeks now. 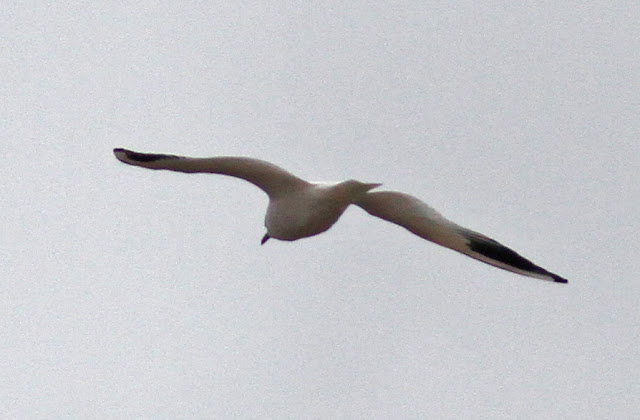 Aberrant adult Black-headed Gull with pigmentation anomalies, presumably pervasive leucism  combined with a degree of melanism in the primaries. A striking bird. We also glimpsed what looked like a hybrid Herring x Glaucous Gull. 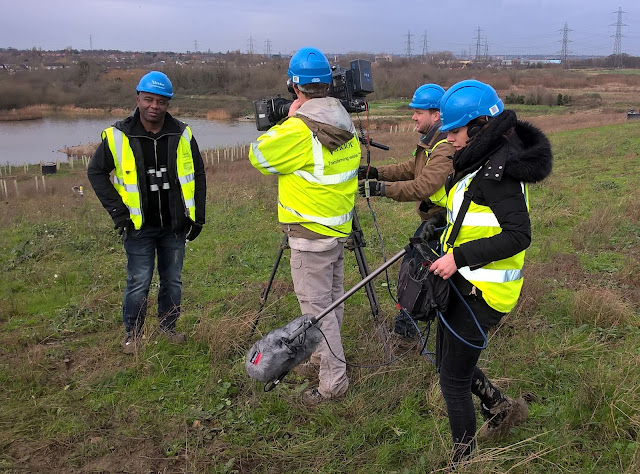 David Lindo and the Winterwatch crew

BBC Winterwatch were at the farmlands today doing a feature on gulls. Fortunately we found the Iceland Gull and the camera man managed to get some full screen film so I'm looking forward to see the show. It is due to be on TV in late January.
Posted by Peter Alfrey at 10:47

Looking forward to it!
Hopefully I can make my not-so-grand British bird total rise from 161 this year!
A belated Happy New Year!