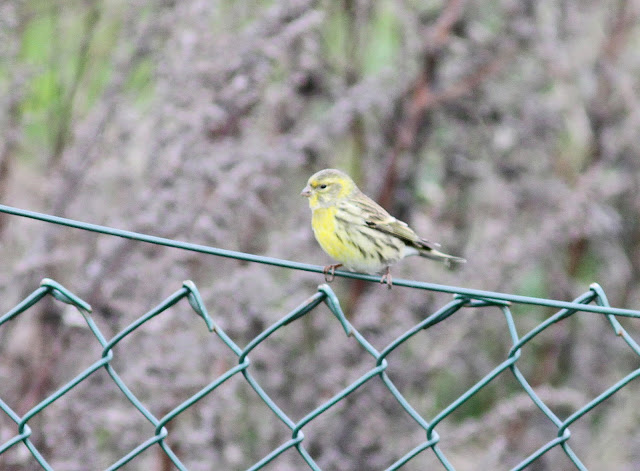 Adult male Serin, the first for Beddington (258th species), fourth for Surrey (The first since 1986) and my 217th Beddington bird. 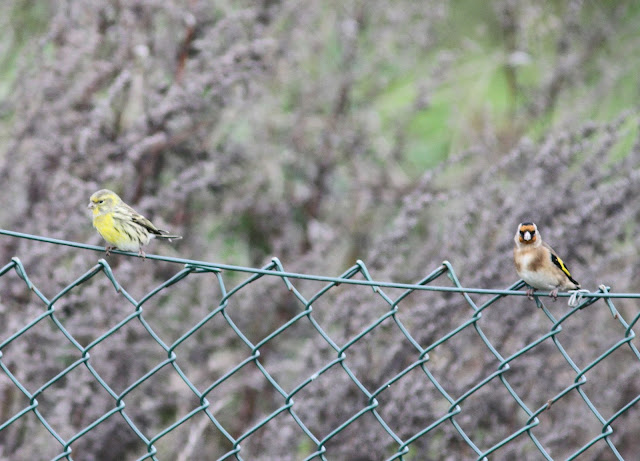 Found with a bit of Serin-dipity (Cheers Tank!) as Tank, Nick and I were walking along the enclosed beds after checking for any surviving Tree Sparrows (we had at least three) . The bird came up by the fence and called once which was enough to get us on it. I got a flash of the yellow rump. It went into a thick area of Mugwort but responded immediately to a recording and then sat on the fence for a bit before heading off to join the other finch flock. Well pleased with it as I've been checking this area for the last couple of weeks as the ruderal habitat has created some excellent feeding for well over 200 common passerines. 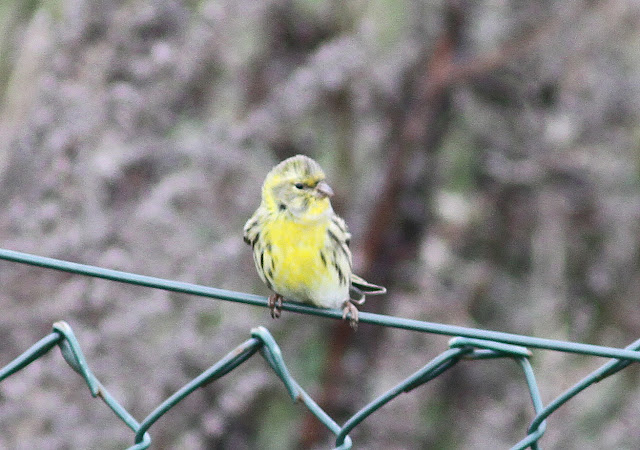 The bright yellow forehead, overall extent and intensity of yellow on breast, the white flanks and black flank streaking indicate this is an adult male. Females are less striking and juveniles are duller still. 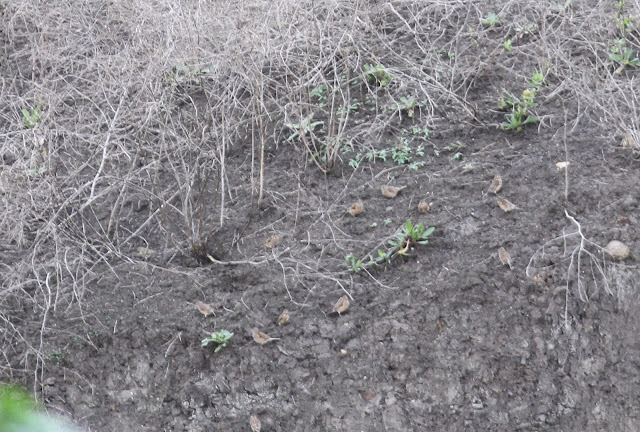 Once in with the main finch flocks it wasn't particularly easy to see. Here (far left) with Linnets. 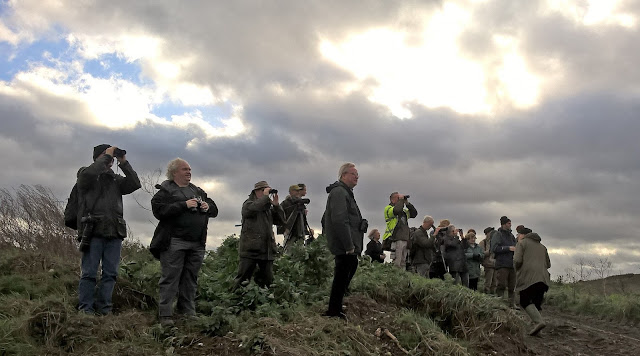 Local twitch- also involving the visiting London Natural History Society group who were serendipitously visiting on the right day. A lot of the locals managed to see it before it disappeared heading towards Parkside- hopefully it hangs around and comes back to where we originally found it. 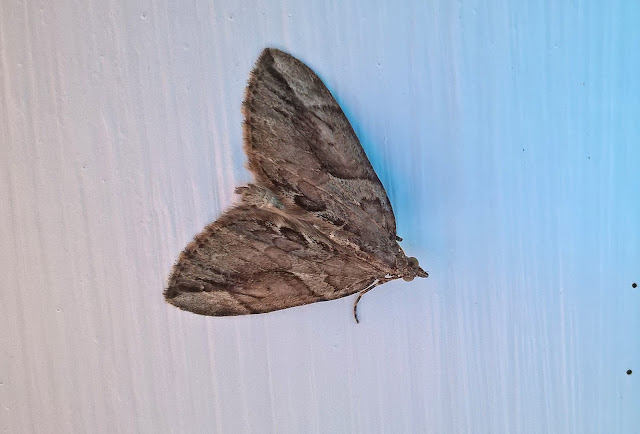 It's been quiet on the moth front recently, mainly because the trap doesn't work (charger broke). I managed to get the trap going a couple of nights ago but only had this Cypress Carpet and a Light Brown Apple Moth.

An excellent find. Very well done. It must feel strange not finding it from your window though.

Hard work very rarely pays off but this time it did!

Nice one indeed Pete - Bigger buzz than finding the WP's 2nd Wood Pewee? Local patch is where the heart is!