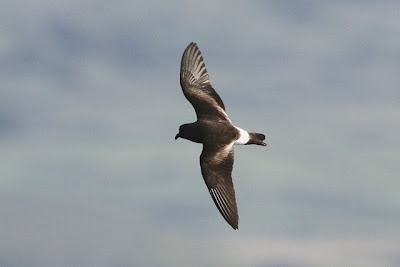 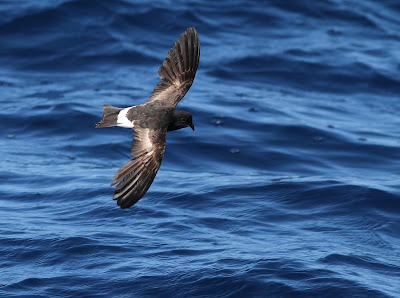 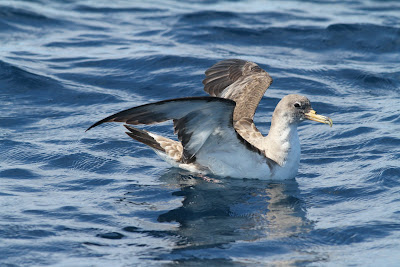 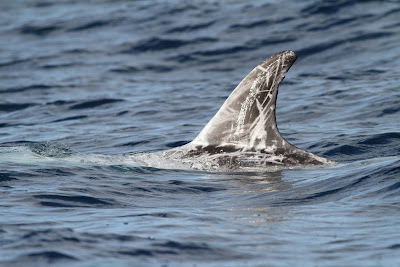 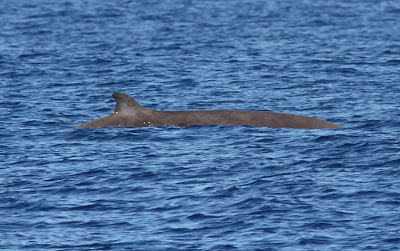 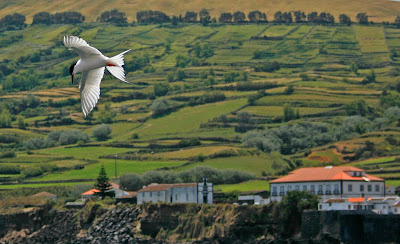 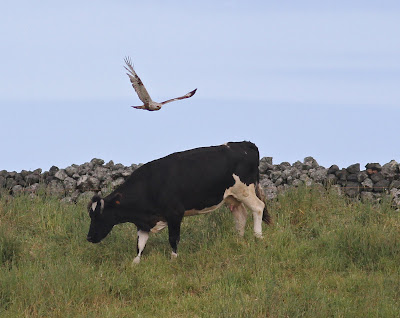 Before the highlights here come the lowlights:
1) My new 7D, 300m lens and 1.4 converter went over board and into the drink never to be seen again (15 minutes into the pelagic)
2) We didn't find any rare pterodroma petrels
3) Richard's bins went into the 4 day old chum bucket
and
4) I can still smell sardines

Now for the highlights 30th May to 3rd June offshore Graciosa:

BIRDS
1 Sooty/Bridled Tern- found by Tommy from Praia village on Praia islet amongst the tern colony- too distant to be certain but we suspect Sooty Tern. Hopefully researchers will confirm id when they arrive on Monday.
4 large skua sp.- still reading up on these so more on this later.
12-15 Wilson's Petrel- in the Fortune Sea between Graciosa and Terceira
1 Grey Phalarope- off the Terceira to Graciosa Ferry
3-4 Bulwers Petrel- off the Terceira to Graciosa Ferry
5+ Sooty Shearwater
2-3 Barolo Shearwater
50+ Monteiro's Petrel
1 2nd cy Gannet
3-4 Manx Shearwater

Roseate and Common Terns, Cory's Shearwater and Azorean Gull were the back drop.

Also we had a Rough-legged Buzzard on the island.
Posted by Peter Alfrey at 14:08

Well you should upgrade yourself to a MK4 and 500 mm f/4. That's the only way to deal with situations like this.

I agree. Good idea to turn a disaster into an upgrade :-))

I feel your pain. Years ago I lost my brand new Canon, 500mm lens, flash,etc. and my beloved Ziess binocs in Costa Rica. It just made me heartsick.
Now I shoot with a much cheaper superzoom type camera. Fujifilm HS-10, 24-720mm lens. It's not a professional camera but it takes some really good photos.

Blimey- bins and camera! Thats a wipe out. I should be grateful I just my camera.
Actually reminds me that I need to fidn out whether or not I am insured for pelagic collateral damage.