Finally saw a Med Gull at Otmoor yesterday (Oxfordshire tick too), Ebird list HERE . Most interesting was a huge flock of Fieldfare and Redwing (mainly Fieldfare I think)- presumably migrating birds that have hit a bit of a wall in the moderate headwind? Also had a Category E tick- a Hawaiian Goose (can't be many of them on the loose?) - the volunteer warden Pete told me last week one or two were knocking about so glad to finally see one.

Had the moth trap and sound recording equipment on at the Old Vic. Just Early Grey and Hebrew Character in the trap (its dropped below zero at night) and no migrants on the night recordings- although did get some nice recordings of Tawny Owl (and some rather unpleasant recordings too involving our Ponies in the garden) and also picked up a new bird - a calling Red-legged Partridge for the Old Vic list. 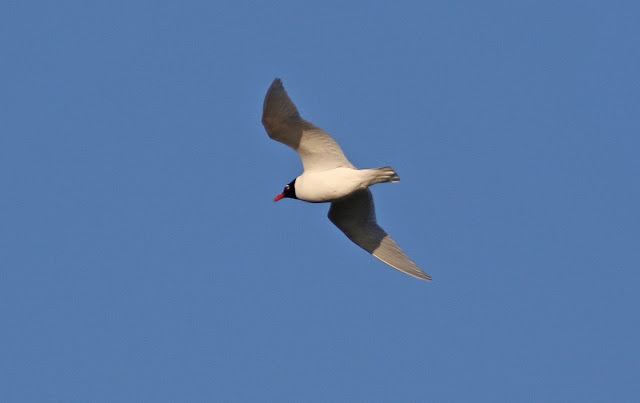 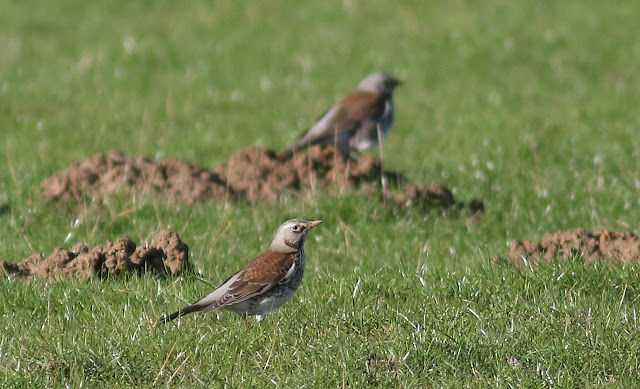 Fieldfares (above and huge flock below) 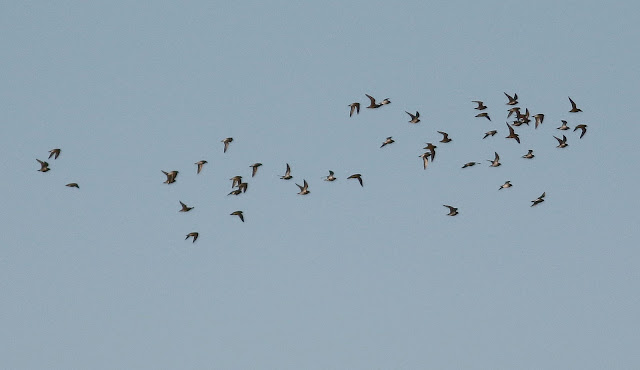 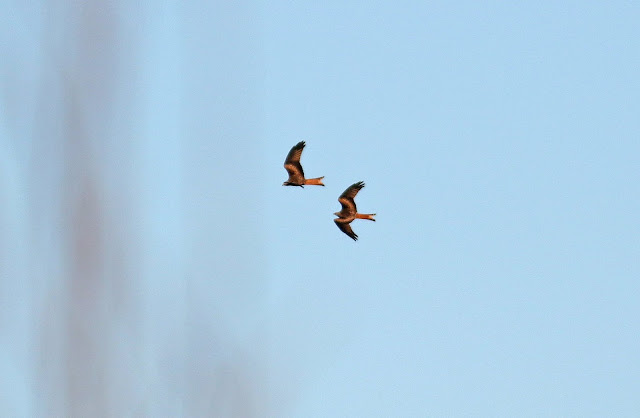 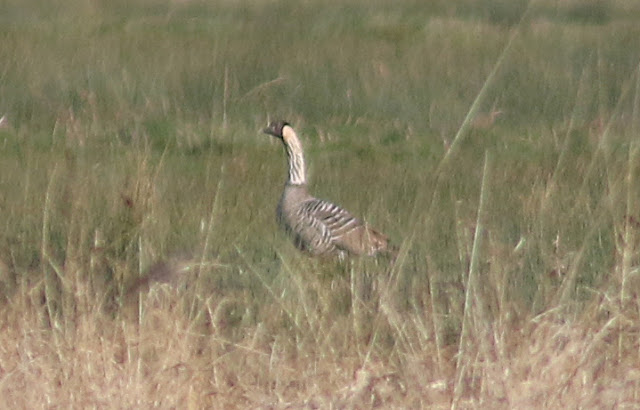 
Red-legged Partridge (distantly over Pheasant)
Posted by Peter Alfrey at 04:37