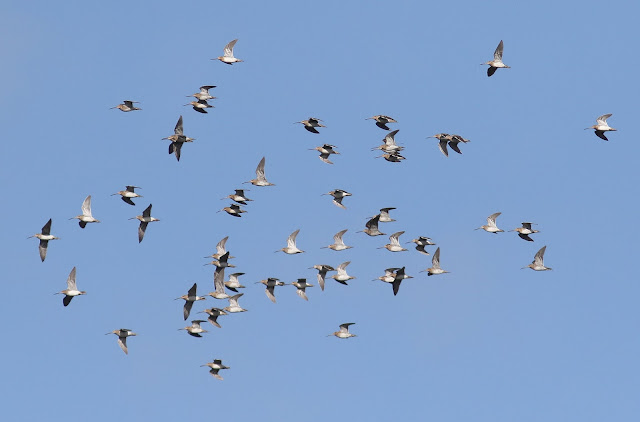 Snipe (Above and below) 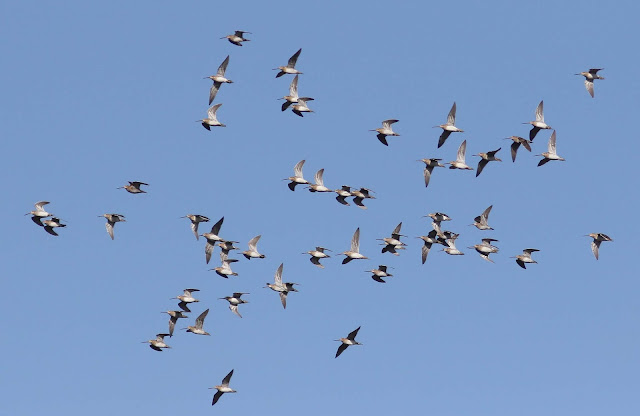 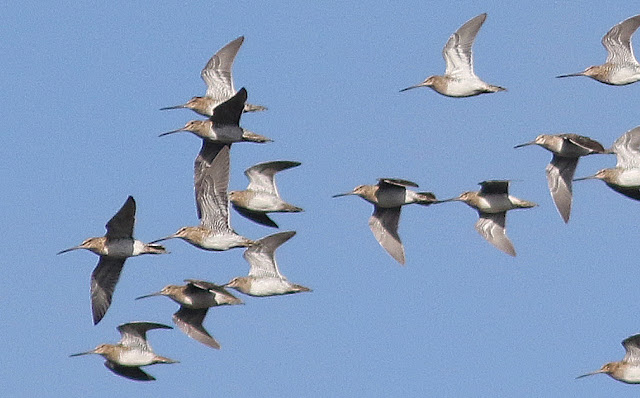 Interesting variation in underwing pattern with some appearing to show extensive barring although the angle and light makes a big difference. However check out second bird from top right and second bird from middle left which are both holding the wings at more or less same angle in the same light- the contrast is extreme with the latter bird almost appearing delicata like but does have a white trailing edge to the secondaries so eliminates this possibility. 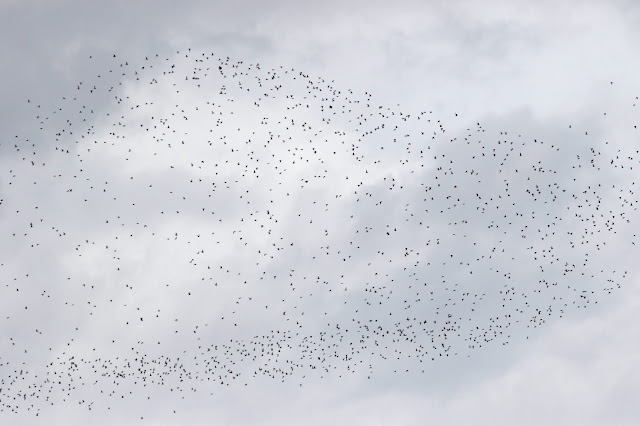 Still about 2000 Golden Plovers around but looks like Lapwing numbers have dropped right off and there were displaying Lapwings on the reserve (and Redshanks and Curlews too)
Posted by Peter Alfrey at 11:05