The Shelduck family with all eleven young 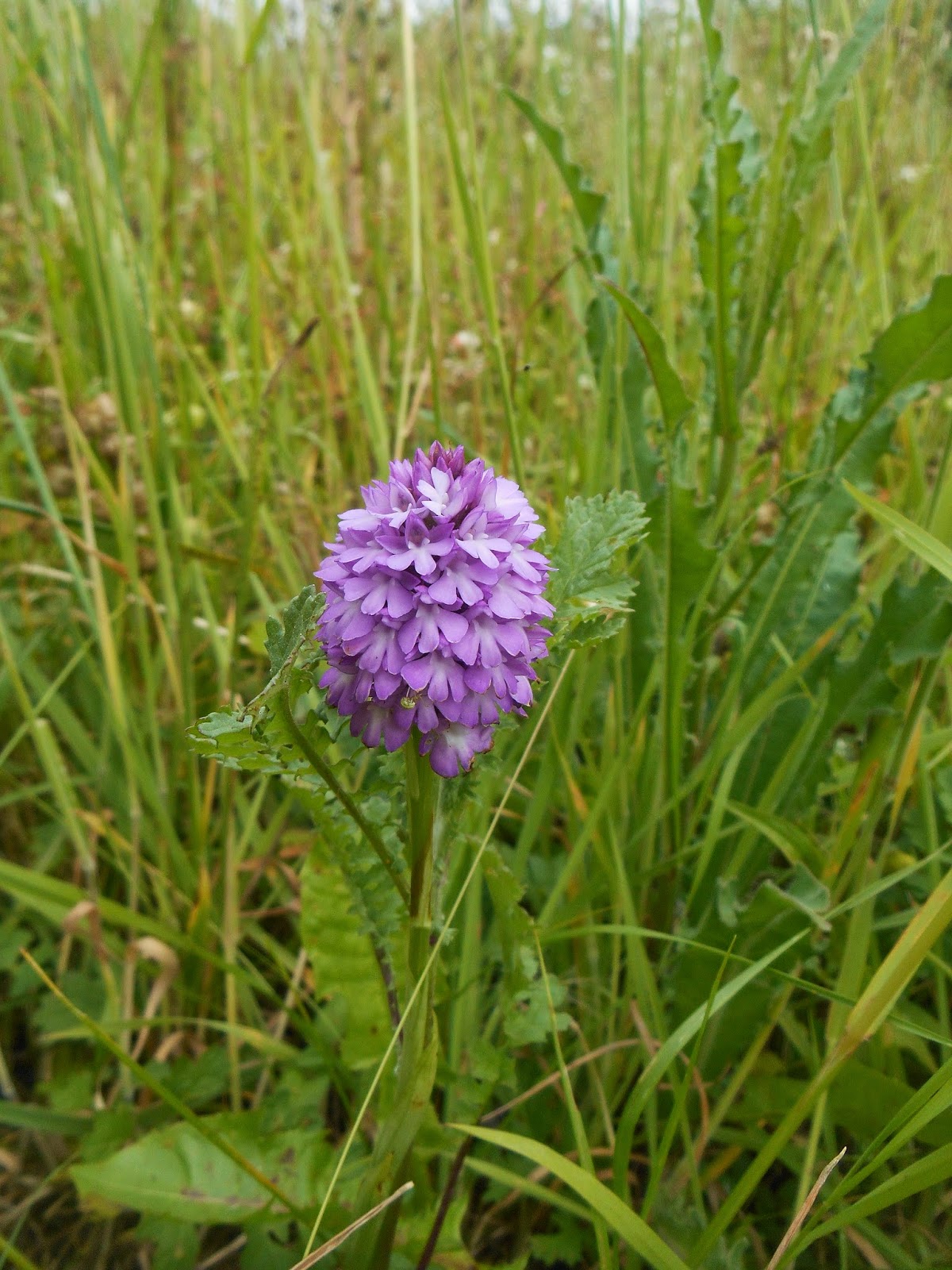 Pyramidal Orchid
26 people joined the bird and wildlife walk this morning. We walked along the permitted footpath, alongside the Northern Lake, to the panoramic view point on the Southern Mound and then overlooked the Southern Lake before finishing by the hide.
Young waterbirds were evident including the eleven Shelduck, nine Lapwing were on the Southern Lake (indicating the beginning of the post breeding flock), Whitethroats were still singing and plenty of Swifts overhead. Plenty of insects in the fine conditions with Essex Skippers, Meadow Browns, good numbers of Small Tortoiseshell, Small and Large White, Speckled Wood, Common Blue and several Black-tailed Skimmers. Goat's Rue, Mustards, Melilot, Red and White Clover and Black Medick were flowering in profusion on the mound.
A Pyramidal Orchid appeared a couple of days in the meadow area that the group have been managing- one of the very few orchid records for the site.
﻿
Posted by Peter Alfrey at 15:04