A nice calm morning at Farmoor today. Ebird list HERE. Unlike yesterday where a sea duck at Staines some how managed to give me the slip despite two hours scanning for it, I did manage to find the Farmoor adult female Scaup that has been present for a while. Again like Staines the number of waterfowl seems quite low- maybe the widespread floods are encouraging dabbling ducks to flooded areas?

I finally managed to get a close encounter with the Oxfordshire Snow Geese. There's a feral (presumably Cat C, self-sustaining) flock of birds in the county which is pretty surreal to see. I made it 103 birds in total, 7 dark/intermediate phase and 6 juveniles. I presume they are Lesser Snow Geese (as opposed to the larger billed, thicker grinning Greater Snow Goose sub-species) based on the presence of dark phased birds (which are very rare within Greater Snow Goose populations).  I'd be interested to know about the history of this population. 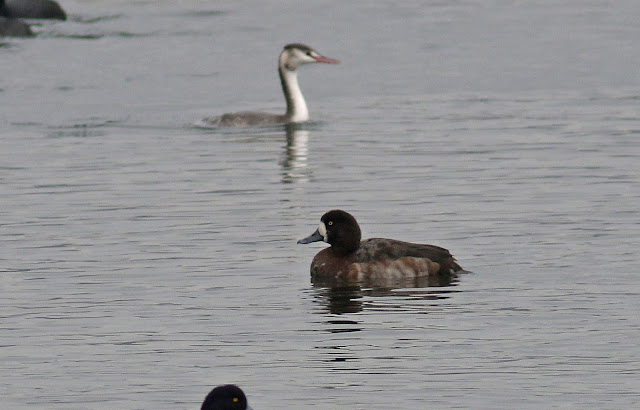 Adult female Scaup- the grey vermiculations on the mantle and scaps and the pale flanks and sides indicate an adult female. A juvenile female would be plainer brown and a first-winter male would not have the extensive white blaze around the bill. 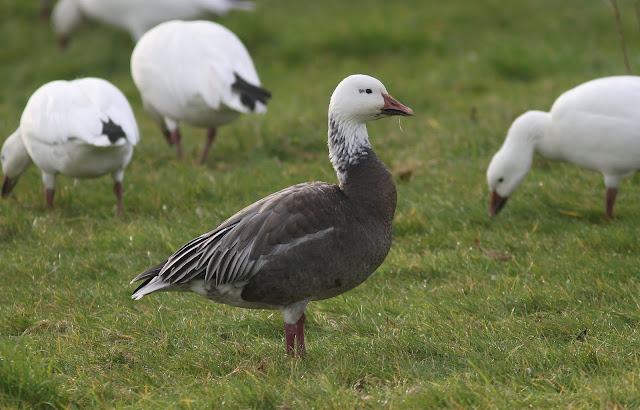 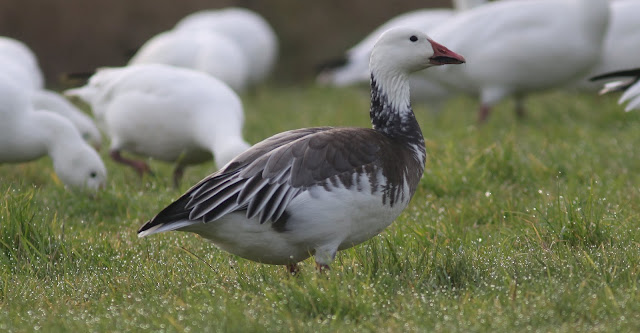 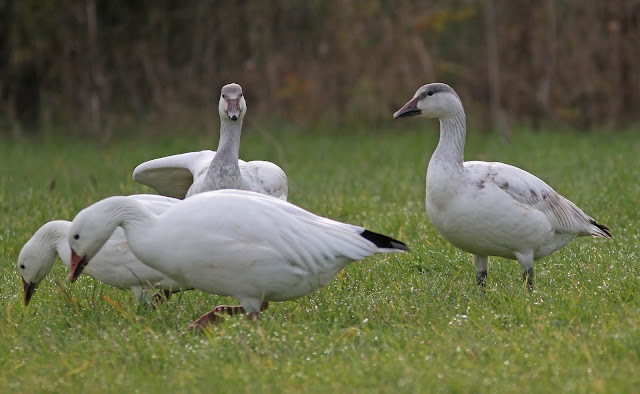 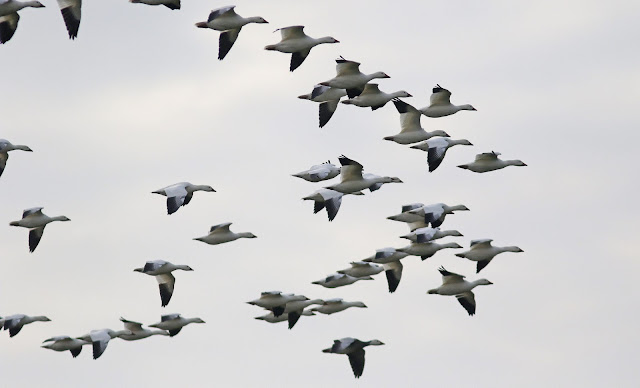 In flight (above and below). 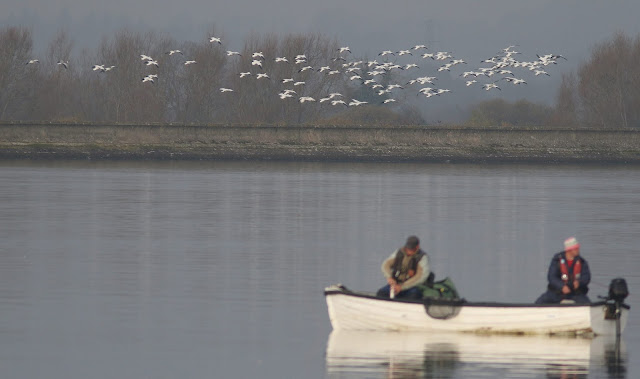 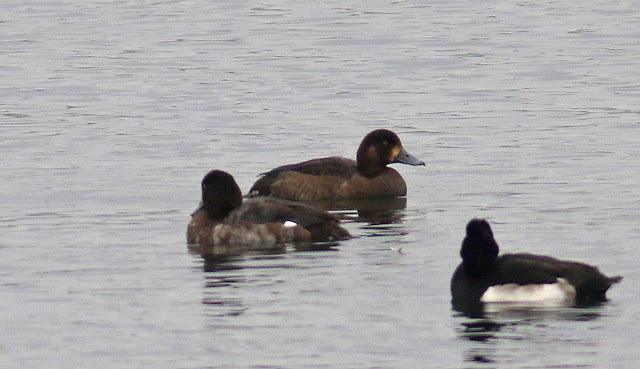 Had this aythya loosely associating with adult female Scaup - the off white blaze and pale ear covert patch, size and structure look good for a juvenile (pale yellow-brown eye) Scaup but the blue band on the bill suggests it might be a hybrid? Certainly looks different to the other Scaup-faced Tufted Ducks on the reservoir (below). Others on the Oxon birding blog are claiming this as a pure juvenile Scaup. Not sure how much of a deal breaker any blue on the bill is? Just been checking IBC and looks like a bit of blue in the bill is a variable feature in juvenile Scaup so considering everything else seems to fit- looks like within variation of juvenile Greater Scaup. Scaup identification is a somewhat troubling affair with ,according to Smallshire (1986),  20% of birds are hybrids between Scaup and Tufted Duck. 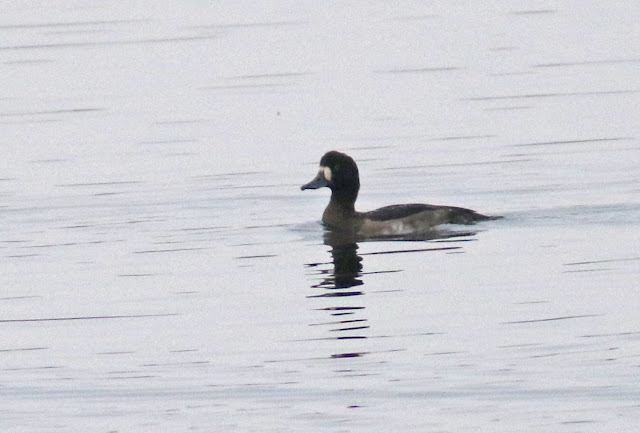 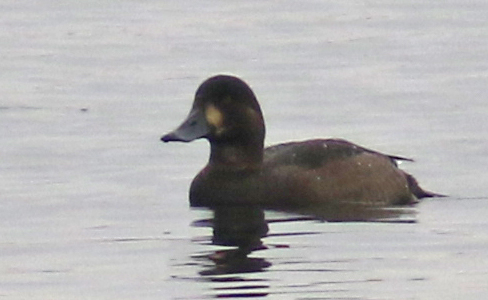 Juvenile Scaup- in this image the amount of black at the bill tip and nail looks quite extensive bordered with a blue band- is this within variation of a pure bird? 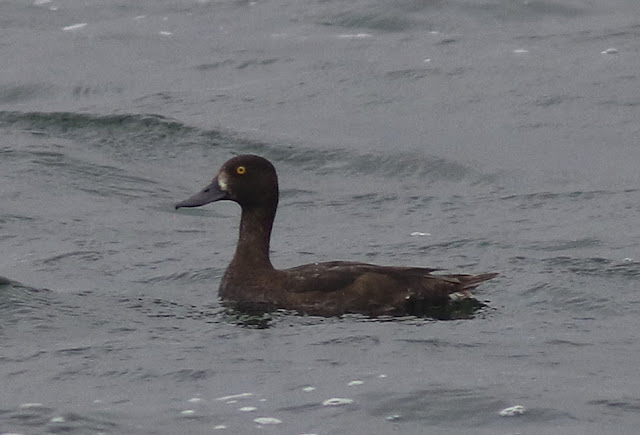 Here's another aythya (an adult female) from Farmoor from earlier in the year (from late summer)- another bird that looks like there could be some Scaup genes knocking about.
Posted by Peter Alfrey at 05:51