A few bits from the last few days. Met up with Dave Campbell today to do a recce on some new net sites to expand the ringing effort at the farmlands. We had a male Pheasant in the sacrificial crop area and had a look at the new seeded area which is currently covered with 'murder tape' to scare off the Canada Geese. Then identified some areas on 100 acre and the wet grassland area that appear suitable for ringing.

Picked up two new keys for two new group members - so now we have all the keys out so hopefully the group will be running at full capacity.

Hoping to set up regular meetings with Viridor to co-ordinate volunteer effort and increase public engagement. Made some progress with that this week too. Hopefully if we set up a well structured nucleus can start building a framework for local group involvement in management and public engagement. The official conservation and access management committee is still finding it's feet so hopefully can feed into that (i.e. for them to take all the credit and make out they had something to do with the success :-) )

Busy at work- got a big acid grassland restoration job to do for Martin on Mitcham Common, bits to do at Spencer Road and Wilderness Island nature reserves and also been looking at willow clearance and ground vegetation management at the farmlands. Also the busiest time of year for private work and got several tree preservation order jobs and large planting jobs. Still a very disappointing take up for wildlife gardening makeovers so something we really want to focus on next year- looking for a freelance ecologist to take this forward- anyone interested please let me know. 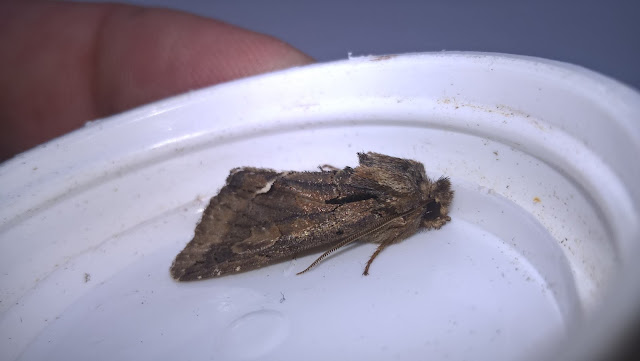 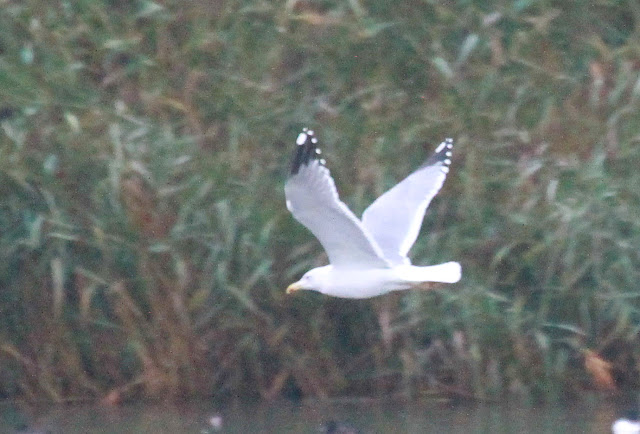 Gull sp. showing mixed characteristics between michahellis and cachinnans . A snouty looking individual, with pale eye, relatively dark upperparts (closer to mich), anaemic yellow legs, mirror on p10 only, black to p5 (reduced to a sliver across both webs), black on webs of p10 almost to primary coverts, 30% pale tongue on inner web of p9 and 'pearls' on p6 and p5. 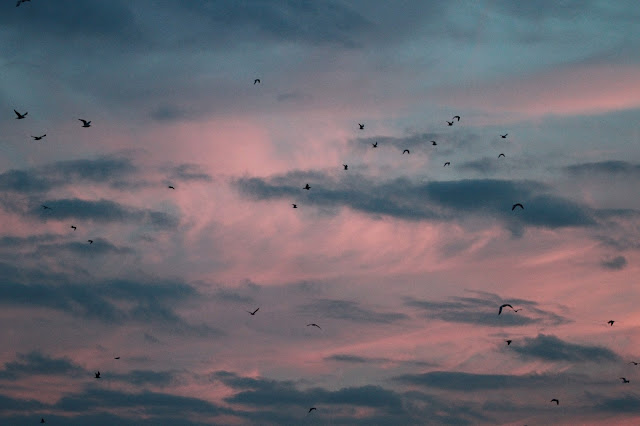 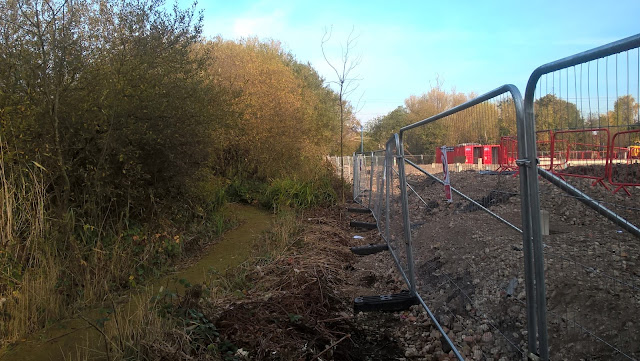 Spencer Road Wetlands- The Wandle Estate development is underway and the reserve is being well protected by Norman and in fact there have been some improvements via the s106 agreement for the development. 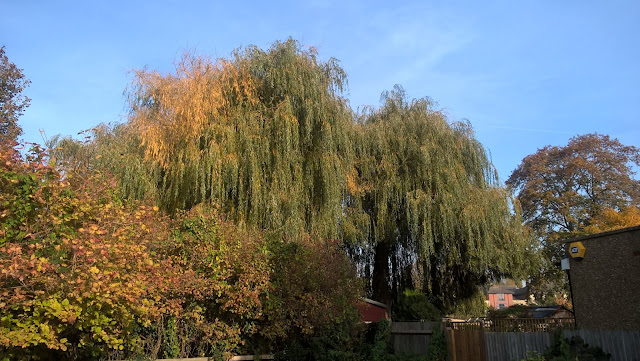 Problematic Willows next to nearby housing at Spencer Road Wetlands. Sympathetic neighbours have agreed to retain the structure of the trees and avoid pollarding. Removal of dead wood, cutting back from neighbouring properties, lifting the lower canopy and thin excess growth should keep everyone happy, including the trees! 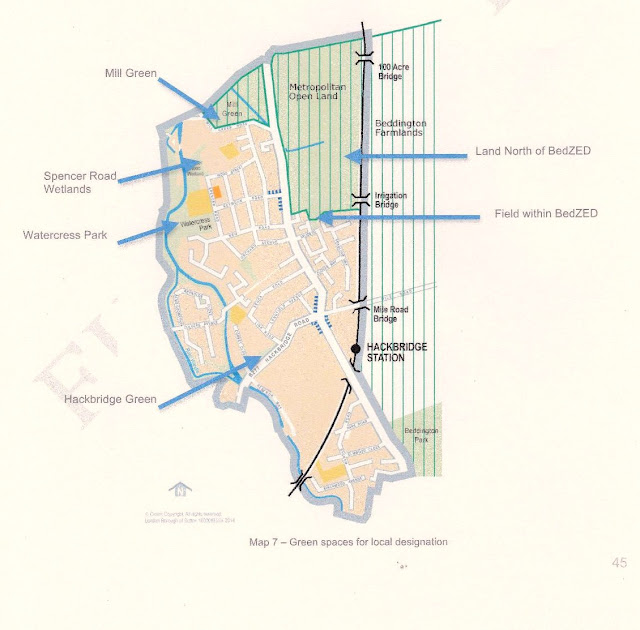 Location of satellite biodiversity areas within Hackbridge adjacent to Beddington Farmlands. All these sites have management plans to maintain and enhance biodiversity to form closer links with the farmlands, through Hackbridge and to the River wandle to provide movement across the urban area from the reserve and green corridors. Basically an interconnected network for willdife and also footpaths for people.. By creating more wildlife gardens in Hackbridge this also strengthens the biodiversity of the area- generating in theory a model of urban ecological management. Got a long way to go and a lot of enemies to fight.
Posted by Peter Alfrey at 04:47