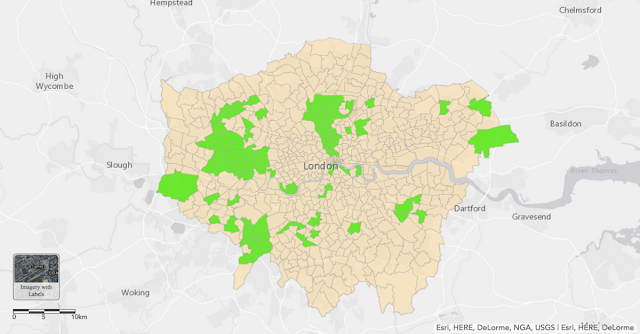 Here's a couple of campaigns which caught my interest. The first one to declare London a National Park City Facebook page which could help in focusing the importance of London as an area for biodiversity and the second one is urging MEPs to vote in favour of the  defence of the Nature Directives in the European Parliament in early February.

Fundamentally the cutting edge of conservation is on the front line, the people monitoring, defending and managing the network of habitats and protected areas across the country, all the local patches, local reserves etc. These larger campaigns are worthy too but important to realise for the vast majority of people the most effective way of making a real difference is helping out on the front line. Supporting the central campaigns is ineffective unless it is activated by individual effort locally.

If you haven't already please support the Bedddington Farmlands Campaign by following, sharing info, joining a tour, becoming an associate member and joining in with the petitioning and lobbying.