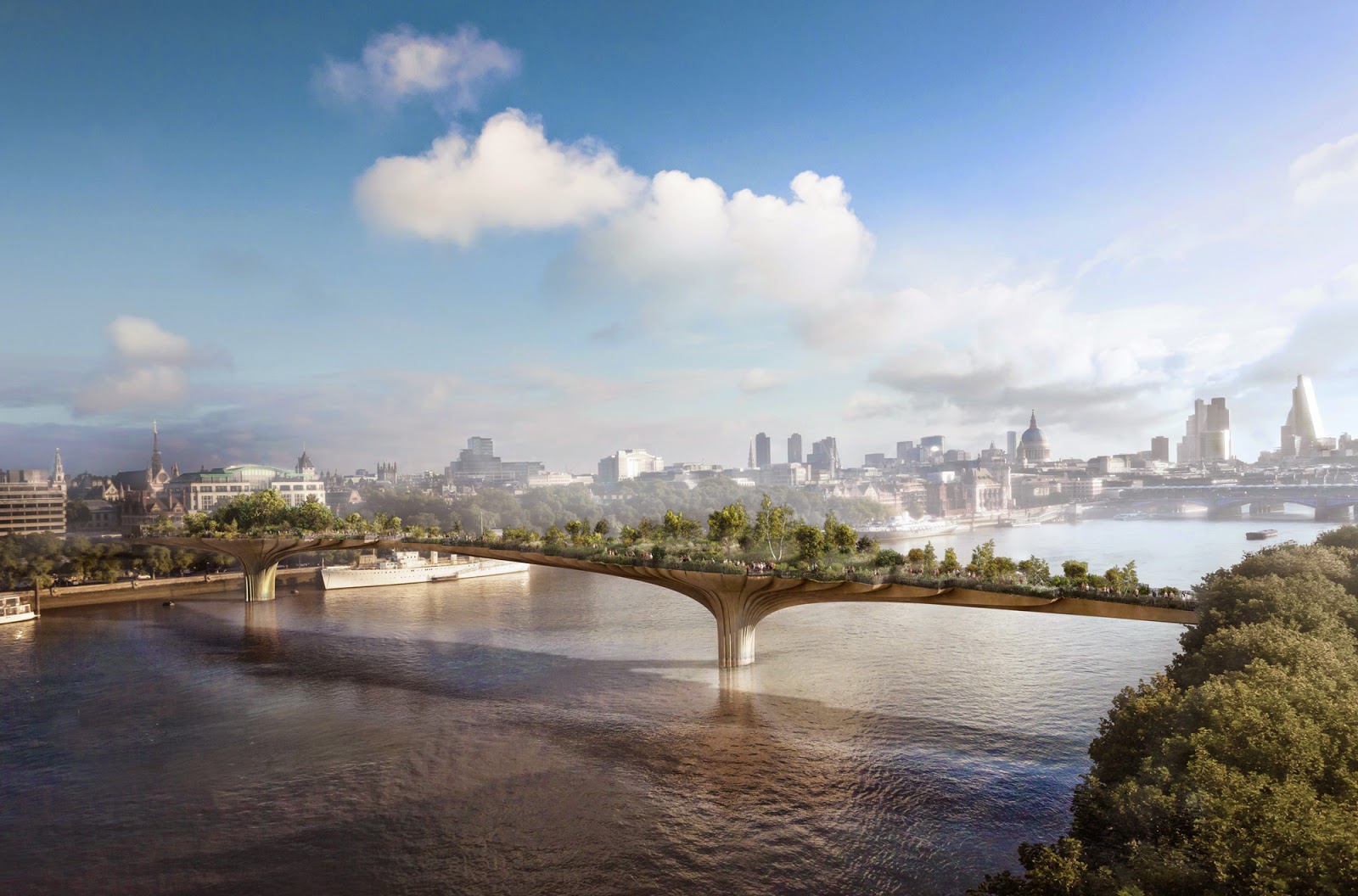 Agree with LWT on this- £175 million being spent on this bridge (£60 million for taxpayers) when London's conservation habitats are in need of help as budgets are cut from conservation organisations and/or they are under threat from development.

It's so frustrating for those who know how much a difference that money could actually make if spent 'wisely'. With just a few tens of thousands we can make significant differences at Beddington Farmlands to increase biodiversity and with genuine efforts to connect people to nature. Just things like mowing regimes on the mounds, seeding areas with e.g. sunflowers, species rich seed mixes, keeping willows down to keep marginal habitats open, our water levels managed correctly, developing correct management structures to deliver the restoration, employing people to help the local community engage with nature etc. Basically all relatively low cost, high impact stuff that benefits wildlife and people but unfortunately does not benefit politicians, swanky designers and consultants (swankers) and corporations (in the way most? of them are looking for).  The odd million for local authorities to be able to enforce their own planning conditions on corporations would be handy. £175 million could make a big difference in addressing the 60% decline in biodiversity across the whole of the UK- not just in London.

Unfortunately that is the way of the world. Vanity projects providing searching souls with distractions while the journey into the abyss of detachment from reality and nature continues at increasing pace.. In a way if they are going to blow £175 million on some vainglorious 'next big thing' better a garden bridge than a high speed rail link or something else that helps people get from one end of the country to another so they can fuck things up even quicker. I might even go for a walk on the bridge to pass some time so I might get an hour of pleasure from it.

So as always its not all bad and what's the point of thinking about the impossible. The impossible is revenue available for improvements of the environment stays within local communities instead of disappearing into the centralised black hole of a capitalist government (a Capitalist government who believe in market forces, but when those market forces work against them- instead of having faith in their own philosophy they decide some things are too big to fail (themselves) so they bail themselves out, print money so basically call on socialism to rescue them while they leave the majority of the population and the environment at the savages of not market forces but market forces hybridised with socialism ((but only socialism for the most powerful failures!)) and then to avert complete and utter totally panic- they build a fucking bridge with trees growing on it to keep everyone happy before something inevitably awful occurs).

The impossible is that people take responsibility of the environment around them and themselves, stand up form themselves and stand up against all this shit. That is never going to happen as it is not in human nature to do so because if it was in human nature to avert disaster (rather than being reactive to disaster) nobody would be building a fucking £175 million garden bridge the few moments (in a historical context) before we hit something very very very hard. Although on the bright side- got to hit the bottom hard to bounce back so all good in the end.

(In short- fancy things are nice but they should be rewards for solid work (for genuine conservationists) and there is not enough commitment to solid work for conservation or conservationists in London from the authorities. The cost of getting things completely wrong  are probably very high- time will tell? At the end of the day nature rules so nothing really matters).
Posted by Peter Alfrey at 11:12