My brother (and business partner) Steve, decided to take five weeks off during September which has meant I've had to run the tree and garden business on my own which has meant little time to go birding and more time to plan my early retirement and escape route. I've been burning as many bridges as I can at Beddington Farmlands to make sure I do move away and there's no going back now.  I told the Sutton Biodiversity officer to go fuck himself and called the bird group a bunch of useless listing fucks- that should do the trick! I've left the bird group and dumped all the reports. I might do a dirty protest at the incinerator and council offices to make sure I get completely banned.

I've handed over everything over that I can and as far as I'm concerned everything is on the right path now anyway, the warden is here, we are going to get some bits of decent habitat  comprising at least 200 acres including the lakes, the 'wet grassland' (which I presume will revert to scrape), meadows and woodland edge, few of the target species will feature but maybe a couple of pairs of Lapwing and LRP might hang in there. The HEB six month scrutiny of Viridor offers an opportunity for any concerned residents to express to a top tier council committee. So it's all as much as anyone can hope for- crumbs from the capitalist's table being scavenged by desperate de-humanised drones and some generalist biodiversity and invasive species . Quite frankly I can't be bothered to sit through the bitter end of Viridor clearing planning conditions and re-visioning from an ambitious and inspiring ecological vision to a lack lustre dystopic shadow with the council taking their pound of flesh for it and using local community poodles to dig their own graves. Nothing can stop that unfortunately. Its not too bad, in a more enlightened future (once civil war or waves of pandemics, societal breakdown, chaos and suffering wake people up), there will be a refugia for wildlife to recover from and that's all we could have achieved anyway- a small ark to ride out the coming storm. In the meantime I'm moving myself and my family to high ground.

Anyway despite the bridge burning (to not just stop me coming back but also to stop them coming after me ) and being stuck running the business as a capitalist slave, the moth catching has been quite interesting this week. Here's a few of the highlights. 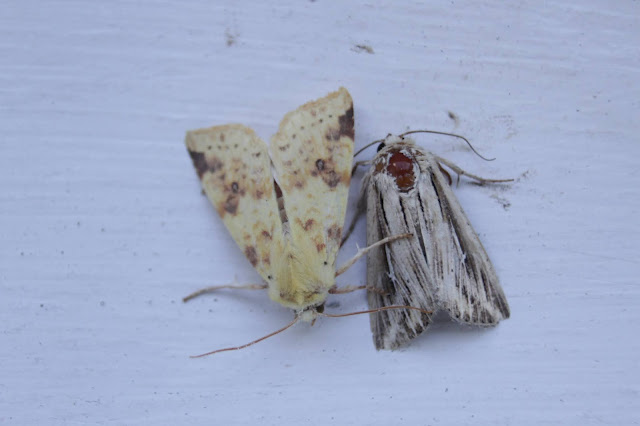 L-album Wainscot and Sallow. Interesting to read that L-album Wainscot has only recently been recorded for the first time in Bucks (where Holly lives). They have been daily here for nearly a month and been getting them for several years. So interesting how restricted the range is on some of these moths and also the temperature island we have in the city of London which provides very local conditions for some species of moth to thrive. 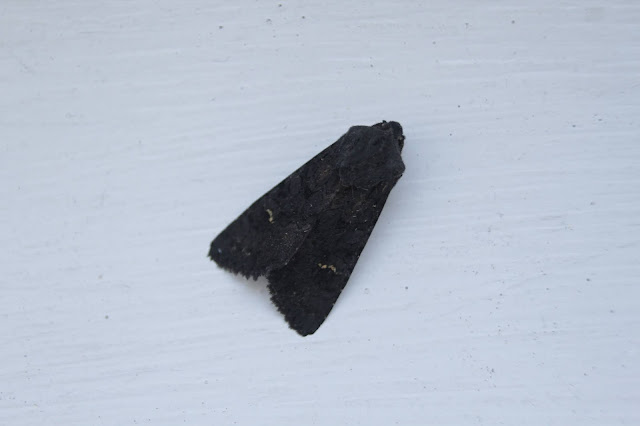 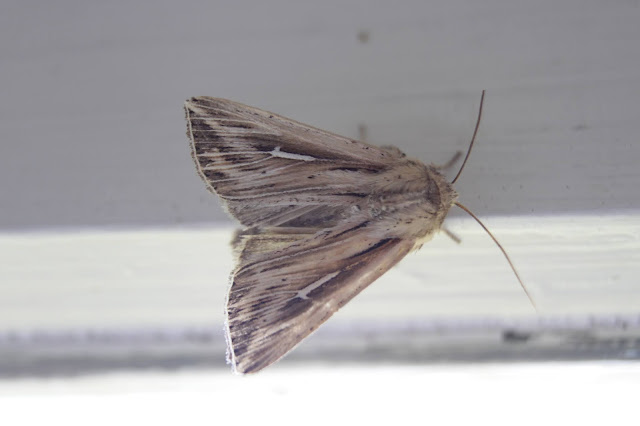 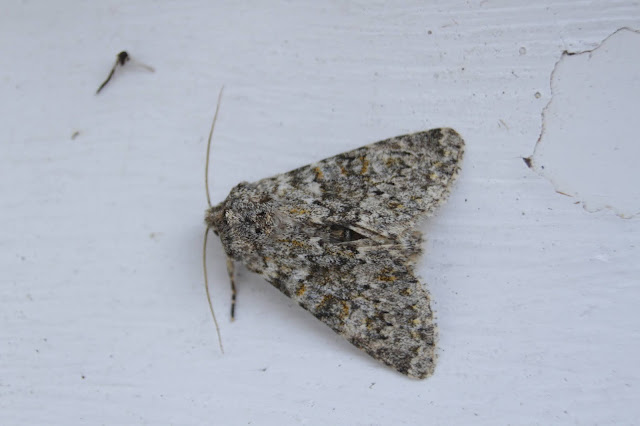 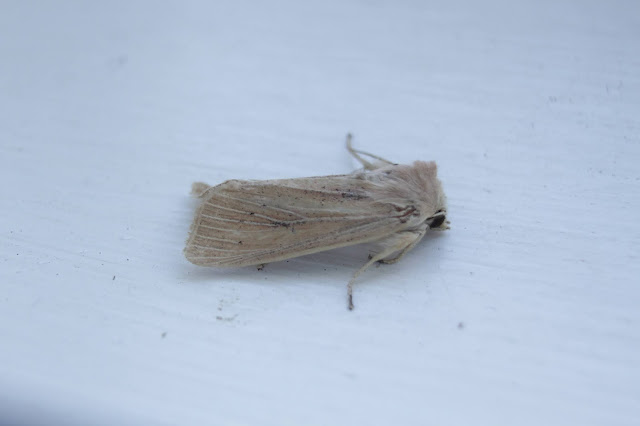