I planned a days birding today and when news broke of a Red-necked Grebe at Staines yesterday I decided to opt for a local twitch. I dipped - despite the bird being reported this morning. I seem to be having trouble seeing very obvious ducks and grebes confined in a tank but at least after about two hours I finally located the long-staying Long-tailed Duck on the South Basin (the bird has been present since early November).

Also a Water Pipit and a Common Sandpiper, 10 Black-necked Grebes and some stunning Goldeneyes. 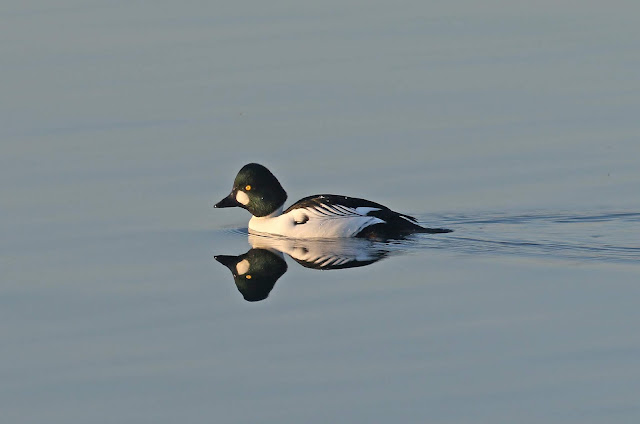 Male Goldeneye (above and below) 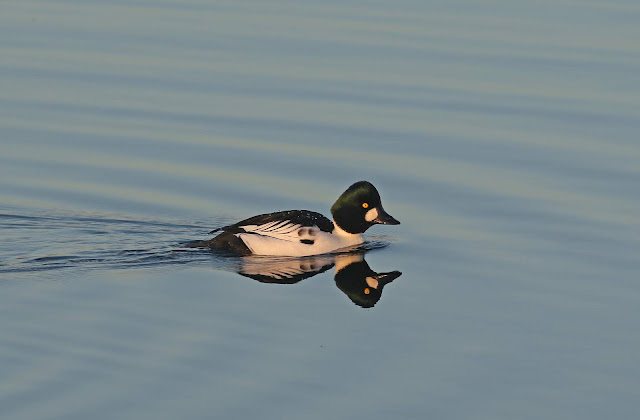 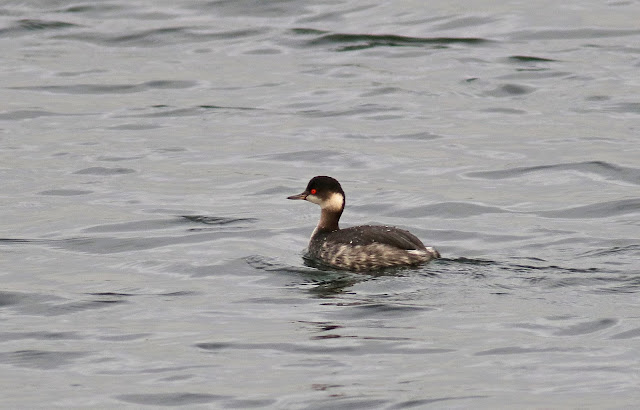 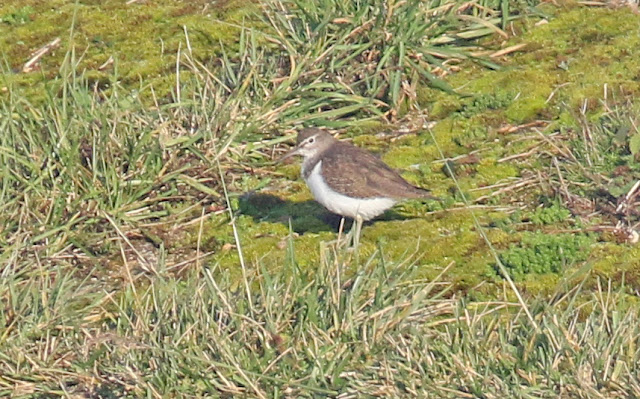 Common Sandpiper
Long-tailed Duck- looks like a female, probably a first-winter female (but could be an adult female). Long-tailed Ducks have three moults in their first cycle and unlike other ducks the adults have two complete plumages a year. The amount of white in the head and the restricted pale in the scapulars indicate a female as opposed to a young male. First-winter females usually show some pale in the scapulars but I couldn't see any sign of that but the views weren't great!  Long-tailed ducks characteristically often sit on the water with their wings hiding the fore-flanks and when they dive they distinctively open their wings.
Posted by Peter Alfrey at 11:12