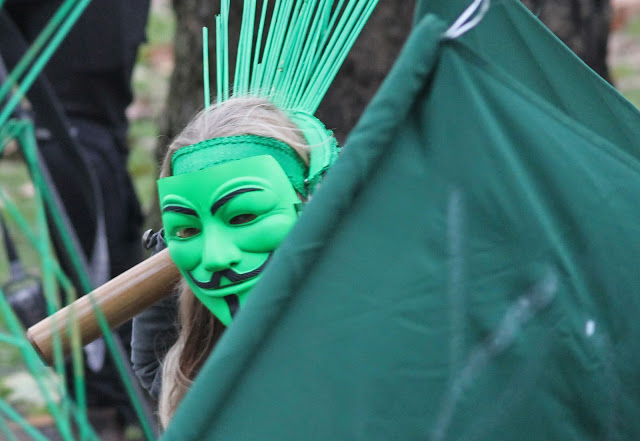 For the State of Nature Alliance  to deliver the objectives set out in their Response for Nature which can include specific objectives such as :

1) A Nature and Well Being Act to redefine the importance of nature within society
2) Compulsory natural history education and regular engagement with nature reserves within the National curriculum
3) Mandatory biodiversity provisions for all new development e.g. habitat creation, housing design to accommodate wildlife, wildlife gardening etc, green roofs. Also to extend to industrial development.
4) Mandatory biodiversity provisions (stewardship) for all agricultural activity (including upland management) e.g. biodiversity strips, hedges, set aside, sacrificial crops, reduction in intensive practises etc
5) Mandatory biodiversity standards for all imports from abroad and for production of all goods- e.g conservation grade accreditation schemes
6) Strengthening of enforcement powers by planning authorities to enforce mitigation measures and ecological conditions onto powerful corporations including greater powers in s106 and community infrastructure levy agreements
7) Strengthening of the nature conservation network with increased protection powers for SPAs, LNRs, SINCs etc. No development means no development!
8) Specific area targets for nature reserves and nature corridors to be met by given dates e.g.50% of all land area to be managed within biodiversity frameworks and e.g. 15% of all land to be nature reserves
9) Specific targets for marine reserves too
10) Strengthening of wildlife law and enforcement

Most importantly these objectives can only be implemented in an environment of systemic change which includes:

1) Electoral and constitutional reform to provide a more representative and fairer democratic system that represents not primarily elitist/captialists interests (generally anti-nature) (see Green party attempts at introducing this in this coming General Election in post below)
2) Control on lobbying powers of corporations to prevent corporations buying policies that suit them
3) Control on growing inequality, which leads to power bias (often anti-nature)- capping CEO wages, controlling the bonus culture, increasing wages across the population (and extra money for conservationists!), controlling the housing market and creating genuinely affordable housing
4) Basically controlling fundamental capitalism and introducing triple bottom line indices to manage company performances - which should be based on economic, social and environmental performance
5) Re-defining societal values and developing advanced futures

The implementation of these radical objectives has be delivered through an alliance of conservation-NGOs such as the State of Nature Alliance that work closely with the political parties and most importantly pressure and protest groups. The politicisation of conservation is the single most important fundamental shift required. Also the isolationism and competition within the conservation NGOs needs to turn into coalition and also unifying with all independent and other conservation efforts in the delivery of key objectives within a specific time frame via a clearly constructed master plan.
Posted by Peter Alfrey at 21:50